I hope you’ve had a fabulous weekend. As I told you on Saturday, I wasn’t asking hubby any questions about our trip to London because I enjoy surprises…………………………and boy, was I surprised! He had planned it as an early celebration for our twentieth anniversary! It started when he decided to book a meal for us at the Thai restaurant called Nipa in the Royal Lancaster Hotel. This is the restaurant he took me to on our first date, after meeting first at the Wetherspoons pub on Victoria Station! 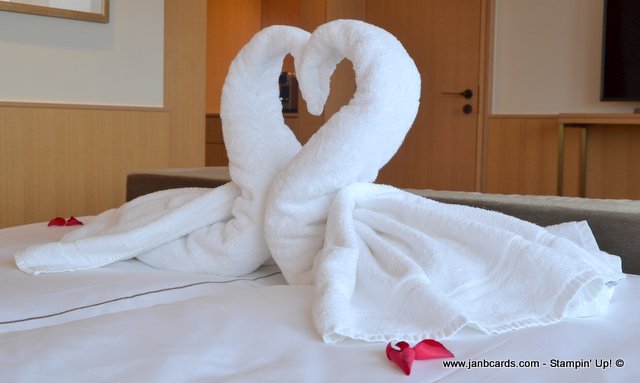 After he had booked the restaurant he decided it would be nice to spend the night at the hotel as well. He went online to check availabilty, and booked it. There was a box for any “Special Comments”, and he put that we were celebrating our twentieth anniversary. He was contacted by the Front Desk Manager, and to cut a long story short, she greeted us when we checked in on Saturday. She said she would show us to our room on the sixteenth floor. I was absolutely blown away when I saw our bed! It had been scattered with red orchid petals, and at the end of the bed were two swans made with white towels, “kissing” so they made the shape of a heart! There was also a bottle of champagne in an ice bucket and six chocolates. These were the most gorgeous chocolate covered fresh strawberries! I could have spent the rest of the day just looking at the bed, but we decided we’d go for a walk in Hyde Park. Although it was a sunny day, it was bitterly cold, so I wrapped up well 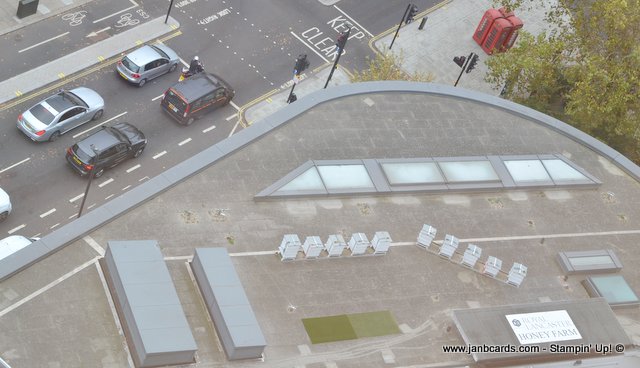 Looking down from our room on the 16th floor, we could see th Royal Lancaster Honey Farm!

Our walk took us through Hyde Park, up tp the Serpentine, and then onto the Princress Diana Water Fountain Memorial, and it awesome! There were parts where the water was very calm, parts where the water was turbulent, and other parts where the water was bubbling under the surface…………all parts to represent her life! It was beautiful, amazing and very thought-provoking! We went back to the hotel to thaw out with a beautiful cup of tea, and then freshened up for our evening meal. I was amazed that the Maître d’hôtel was still the same man as all those years ago, and he remembered us. (After our first date, we dined at Nipa on several occasions!) We enjoyed a superb three course meal, and when it came to settling the bill we found they had deducted 20%! We planned to go to Kensington Palace – Princess Di’s residence – on Sunday morning, but we decided to give it a miss because it was raining! Anyway, we can do that next time! Oh yes, they’ll definitely be a next time! Obviously, we won’t be spoiled like that again, but the memories will live on forever! I will put more photographs from our weekend on the Photo Gallery page. 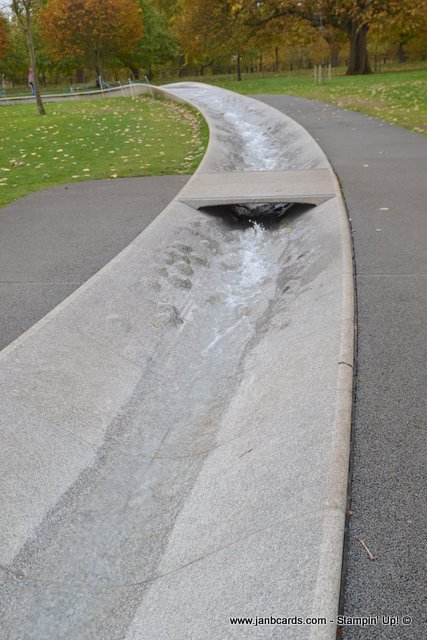 I made today’s card using one of the laser-cut “card layers” from the Delightfully Detailed Laser-Cut Specialty Paper, the white side facing, on a layer of Whisper White Cardstock (CS). The poinsettia was stamped in Jet Black Stazon Ink, and the coloured with the Real Red, Old Olive, and Crushed Curry Marker Pens.  The image is from the Peaceful Poinsettis Atamp Set, and die cut with the co-ordinating Detailed Poisettia dies. I stamped the sentiment using Real Red Ink onto a piece of Whisper White CS, and die cut it using an oval Stitched Shapes Framelits.

I also stamped and coloured two images of the holly and berries stamp, with an idea to adhere either end of the sentiment. Once I had die cut them both, I couldn’t include them in my design in any position that looked right. I decided to adhere them inside the card instead! I added pearls to the berries by the poinsettia, because I see these leaves as mistletoe, and therefore the berries would be white! 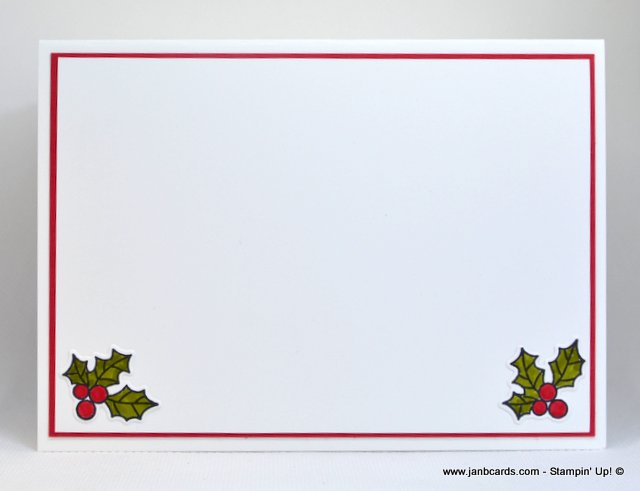 I forgot to say we also received a greeting card from the Royal Lancaster Hotel – I’ll include in the Photo Gallery. That’s about it from me today, and I look forward to being back with you tomorrow. Until then, happy crafting.