When I first saw this stamp set, I didn’t think there was much to it, but thought it would be great for sympathy cards. I like the card that’s shown in the Spring/Summer Catalogue, and decided to make my own version of it. I think I have created a happy card that is anything but a sympathy card! 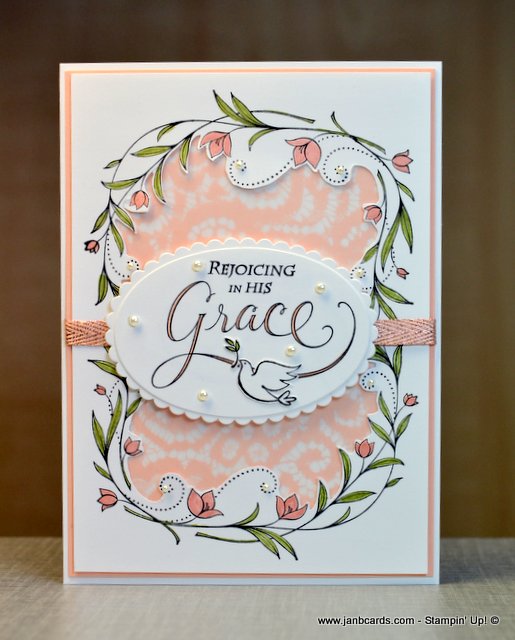 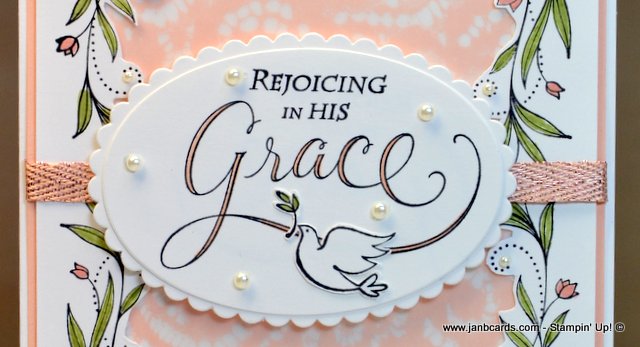 I couldn’t decide if Stampin’ Up! had left their main image complete, or if they had cut the layer in half before they did their fussy cutting. I decided to leave mine as one complete piece, but this was not a good decision! I started by cutting into the centre, and then cutting several lines from the centre out towards the edges. It was quite a struggle to fussy cut around the inside edge, and if I do this again, I would definitely cut the layer in half! 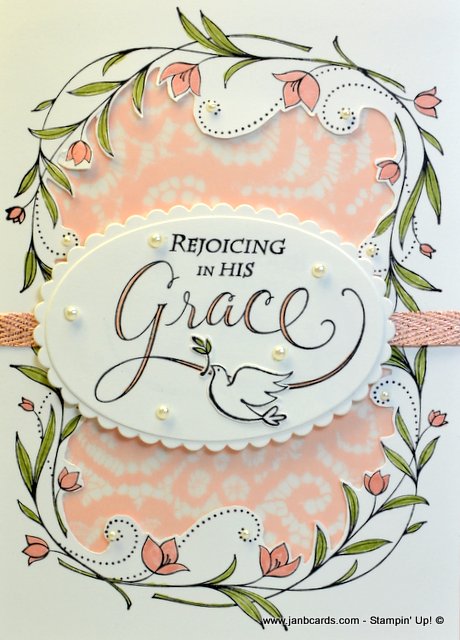 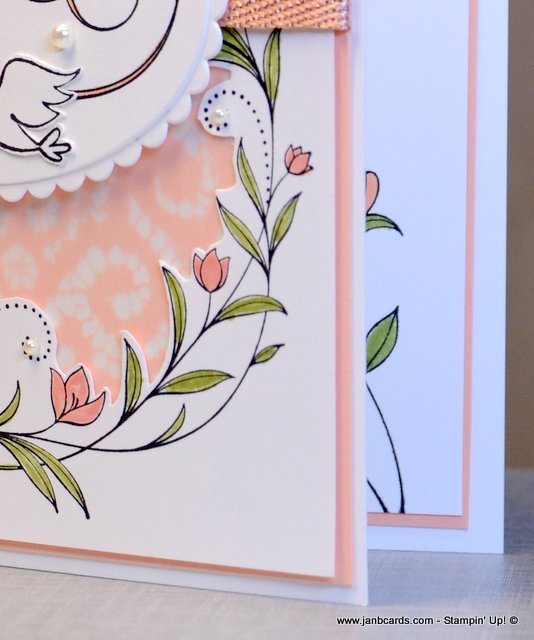 I wrapped a piece of ribbon around the centre, under the sentiment, which would easily cover the cover a future cut! The catalogue card has a white die cut under the sentiment. I haven’t checked to see which set of dies were used! I knew I wanted to use the lacey design of patterned vellum that is in the Floral Romance Specialty Designer Series Paper (DSP).  I finished the card front by adding some Basic Pearl Jewels. 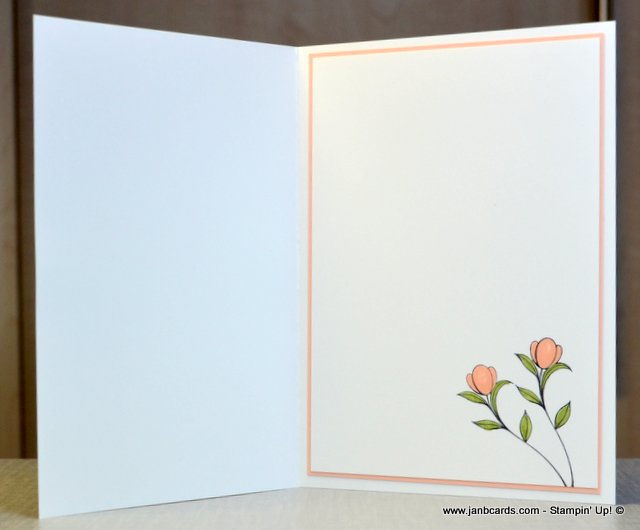 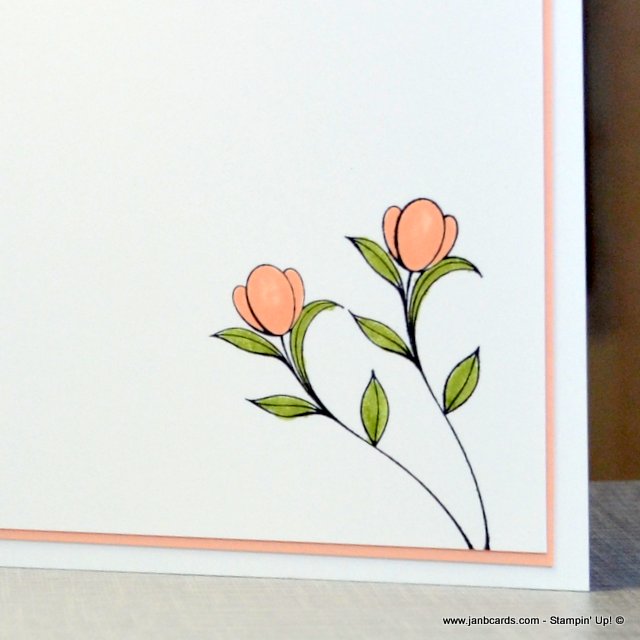 To decorate the inside of the card, I stamped the single flower twice, and coloured them as before. As I said previously this is a happy card and certainly not suitable as a sympathy card, so it will be a very versatile stamp set to have in my collection. I have started using the labels that go on the back of stamps. I’m not brilliant at getting them on straight – no surprises there! – but it is nice to see the image of what I’m stamping. I’m not sure I’ll put all the labels on all my new stamp sets, because it’s another chore to be done, but time will tell. That’s about it from me today. Until tomorrow, happy crafting!

Products used: please click on any image to be taken to my 24/7 Online Stampin’ Up! Shop