Yesterday afternoon we had a super time at Molly’s 15th birthday party! It was a real family affair with fifteen of us. It hadn’t been planned to have fifteen guests, but there were three people who weren’t able to come because they were unwell. We played more silly games like the ones we played on Christmas Day, and had a really good laugh! 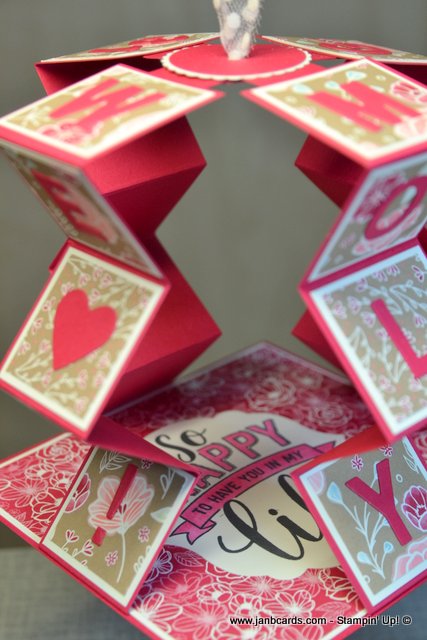 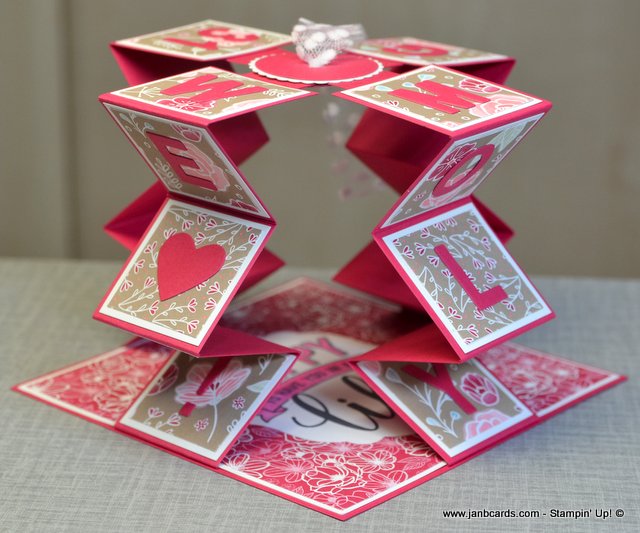 I promised to share Molly’s birthday card today. It was the pull up card I made for my 4.5″ Pull Up Card video last week. I had it in my mind when I made the card that I’d decorate for Molly if I could come up with a suitable idea! The first job was to adhere on the inside base of the card, the SO HAPPY TO HAVE YOU IN MY LIFE image from the Amazing Life Stamp Set. I used one of the retired Labels Collection Dies to cut the sentiment out. The four concertina sides each have five squares, so all week I’ve been thinking about what I could put in each box. The first three sides were fine, but I was stumped with the fourth one. 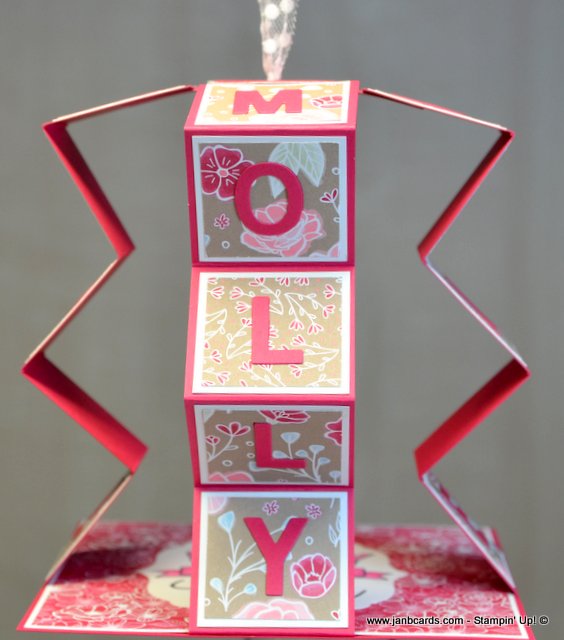 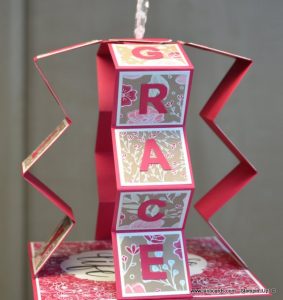 On Saturday, I started working on the card and pulled out some scraps of Berry Burst Cardstock (CS) and the retired Stampin’ Up! Little Letters and Numbers Dies. This was a fabulous product but for some reason they were only available for one year. I’m so pleased I held on to them because they’re a lovely size for spelling out words. I die cut the letters for the first two sides i.e. MOLLY and GRACE. Vicki chose Grace as Molly’s second name after my Mum, and my Nan! I decided to make the third column the date of Molly’s birthday. So I put 31, 12, and 18 in the first third and fith squares. In the second and fourth squares, I used the dot out of the centre of the number eight – I had to die cut an extra number eight so I had two. I laid the words and the date out on my desk so I had MOLLY, GRACE, and 31.12.18. Then I had a light bulb moment! In the fourth column I was going to put WE♥U! 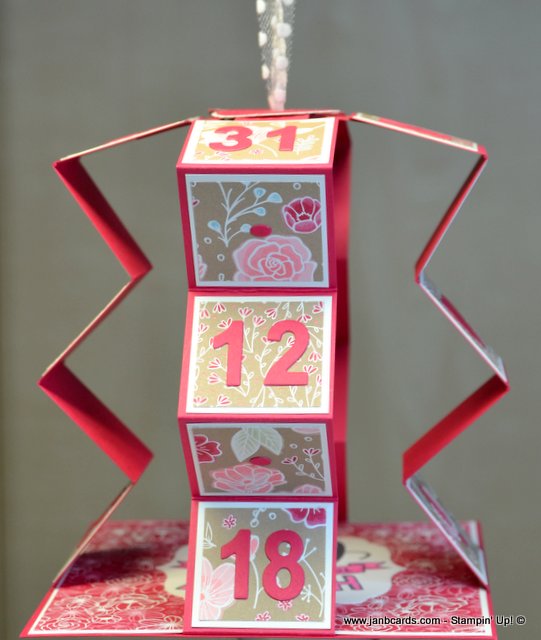 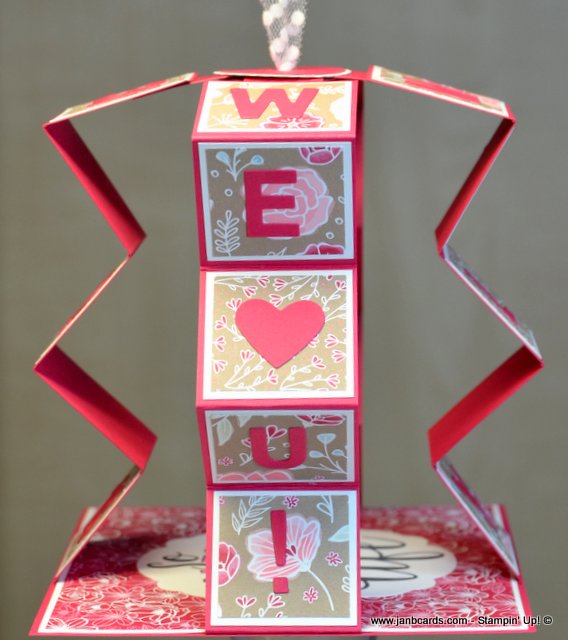 There was a die for an exclamation mark in the Letters or the Numbers Dies. I don’t know which set because I store them together in the same wallet. I looked through the retired folder and found the Hearts Collection Dies, and found the smallest heart was a perfect size! Once I had die cut all the letters, numbers and symbols, I was ready to start adhering them to the card. I put some glue on the back of the letter M, and was holding it with my tweezers. As I was about to adhere it to the first square, I realised I’d die cut everything in the wrong colour!! I had used Berry Burst, and should have used Lovely Lipstick! I started die cutting all over again! When I was ready to start adhering the correct letters, numbers and symbols, it didn’t take long before I realised that if you’re going to decorate the side squares on this card, it’s a lot, lot easier if you do it before you adhere the sides to yor card! LOL! I persevered and was really pleased with the finished card. I wish I could have bottled Molly’s sheer delight when she opened her card yesterday.Buy Klonopin is one of a leading drug in an industry against panic attacks, anxiety, anger, mental disorders, and insomnia as well. It was worth every minute I had spent creating this card!

To finish the card I punched two Whisper White shapes using the Everyday Label Punch (annual catalogue, page 211). On one I wrote our personal message to Molly. On the second one I asked that where the sentiment reads “in my life” please read “in our lives”! I adhered both labels on the base of the card. Vicki is trying to find somewhere that she can hang the card. If she’s successful, I’ll ask if she like me to fix a removable base to cover the two labels – I’ll keep you posted!

That’s about it from me today. I wish you all very good health, lots of happiness, and an amazing year in 2019. Happy crafting.