I first saw a flag card quite some time ago, although I didn’t know at the time that’s what it’s called! The card I saw included a hot air balloon which had been die cut from the Up, Up & Away Stamp Set. I was never able to find any instructions how to make one. Recently, I came across a website called www.beccysplace.blogspot.com, and there was a picture tutorial. I changed the size to a standard A6 card, and I’ve also set the concertina part of the card further inside the card. 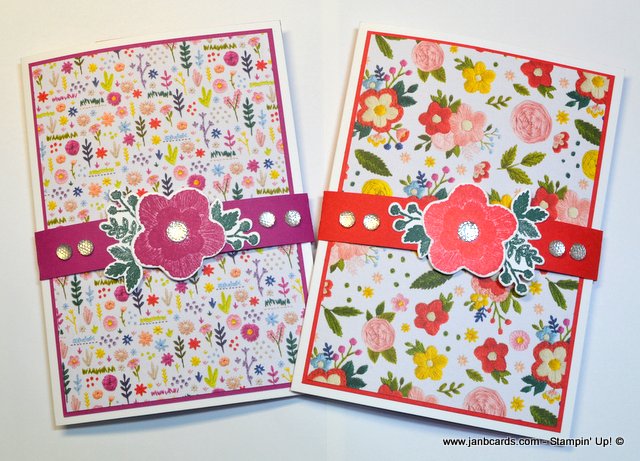 I used the Needlenook Point Designer Series Paper (DSP), which is ideal for this card. Instead of using all the same stamped, die cut elements that I have used, they could easily be substituted with squares of this DSP. The detail in the images is amazing! I made the Poppy Parade card first, and I did think about putting some more embellishments on the left-hand panel inside the card. Fortunately I dismissed the idea! Now when I open the card, I’m really struck with how clean and fresh the card looks! 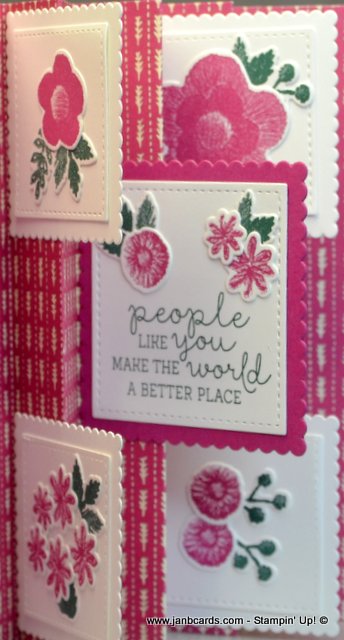 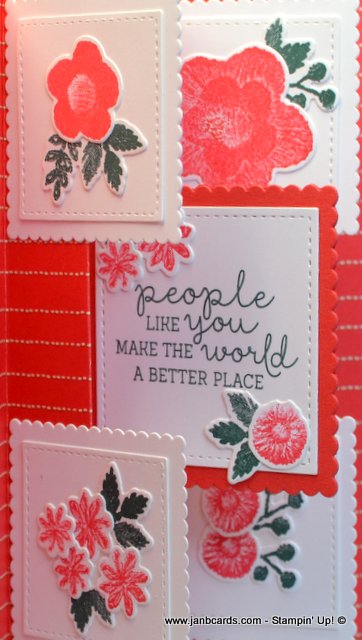 This is another of those cards where I’d die cut a fancy Whisper White Cardstock shape to write my greeting on. As the inside of the card isn’t flat, I’d write the greeting first and then adhere to the back of the cards. Saying this reminds me of the struggle I had adhering my outside layers to my Poppy Parade card. I left it until after I had made and decorated the inside. Big mistake! It was such a struggle trying to get it lined up! I succeeded but it was more luck than judgement!

That’s about it from me today. I hope you enjoy today’s video. Until tomorrow, happy crafting.