Did you have any problems trying to watch yersterday’s video? When I looked at YouTube at 10 am yesterday, it was showing that my video had been viewed twice! In three hours! I don’t know what went wrong, but I had to turn to YouTube to look into it for me. I don’t know what they found or what they did but the number had started going up by late afternoon. The total number of views was still much, much lower than normal. I hope YouTube will let me know when they have finished investigating. In the meantime, everything seems to working correctly now. 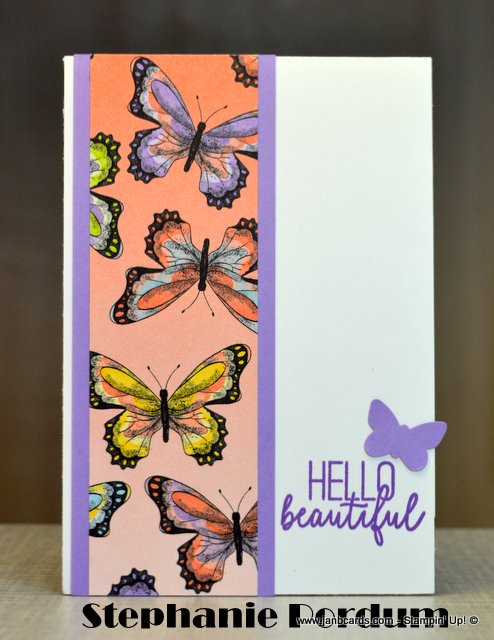 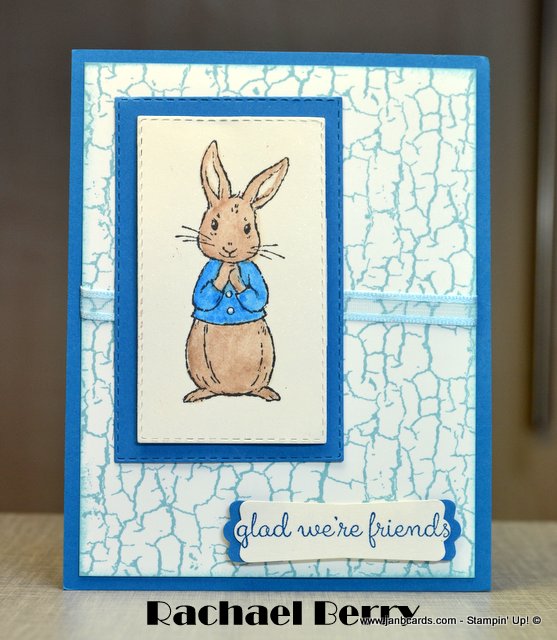 Today’s projects are the swaps I received at Natalie’s Team Training last Sunday. I should have put the demonstrator’s name at the top of the photograph so it didn’t collide with my watermark! Grrr! Before I talk you through the projects, just to let you know the Sale-a-bration (SAB) gift of the pack of five ribbons has sold out, and will not be replaced! Please note that all SAB gifts are available while stocks last!

Stephanie Pordum – has used the botanical Butterfly Designer Series Paper (DSP) which is one of the SAB gifts. I wouldn’t be surprised if this is the second product to sell out! It’s gorgeous! If it’s on your wishlist, don’t leave it too long before you place your order! Back to Stephanie’s card! This is the first card I’ve seen that really shows the beauty of the ombre effect on the DSP.

Rachael Berry (berrybeautifulpapercrafts on Facebook) – used the fabulous Fable Friends Stamp Set and the Crackled Background Stamp. I love the way the rabbit is holding hs paws – they go so well with the Glad We’re Friends sentiment. 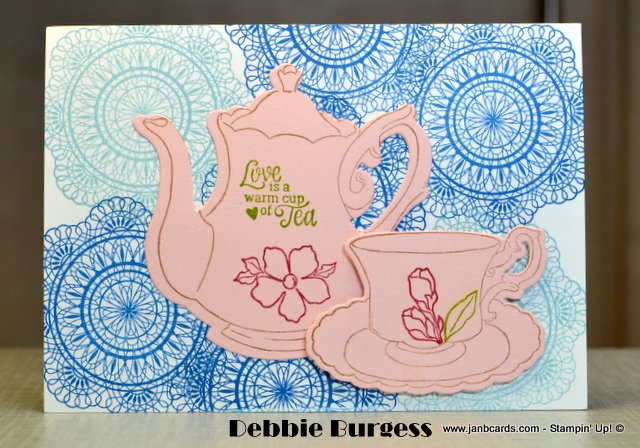 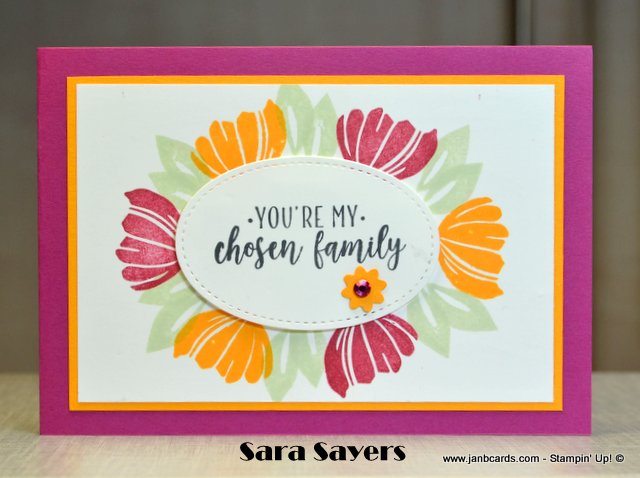 Debbie Burgess – has used the Dear Doily and Tea Together Stamp Sets. To die cut the tea cup and tea pot, Debbie has used the Tea Time Framelits, which are one of the level 2 SAB gifts. These will also be carried forward into the 2019 – 2020 Annual Catalogue in June! As long as I don’t change my mind today, I’ll be using the tea cup for my video on Sunday! Dear Doily is the second stamp set so far that I have but haven’t used – the first one was the Crackled background stamp!

Sara Sayers (www.sucraftylittleminx.wordpress.com) – has used the Bloom by Bloom Stamp set – number three I haven’t used yet – and I think this is one of the nicest designs I’ve seen. 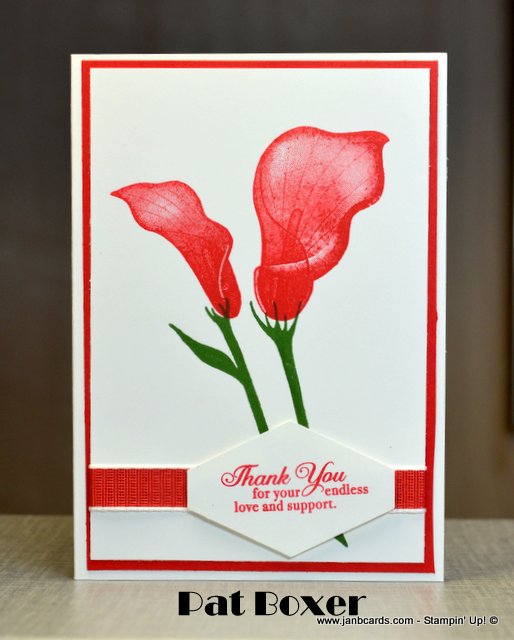 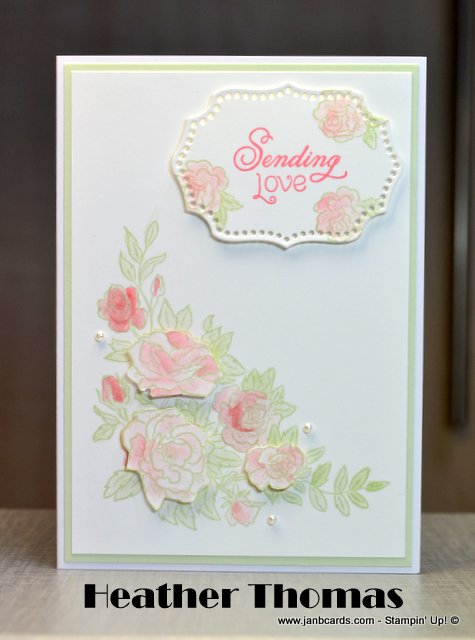 Pat Boxer – has used the Lasting Lily stamp Set – number 4 – which is another level 2 SAB gift. This is stunning and I must start using this stamp set. It’s a Distinktive stamp which is what gives it so much depth in the image.

Heather Thomas – not only has Heather been generous to swap a whole card with three layers – swaps are generally card fronts – but she has listed the ingredients and all the instructions how she made her card! It’s a fabulous card made using the Climbing Roses Stamp Set and Rose Trellis Thinlits Dies. The colours are Soft Sea Foam and Flirty Flamingo. Heather has fussy cut three of the flowers and finished off with Wink of Stella, and pearls. 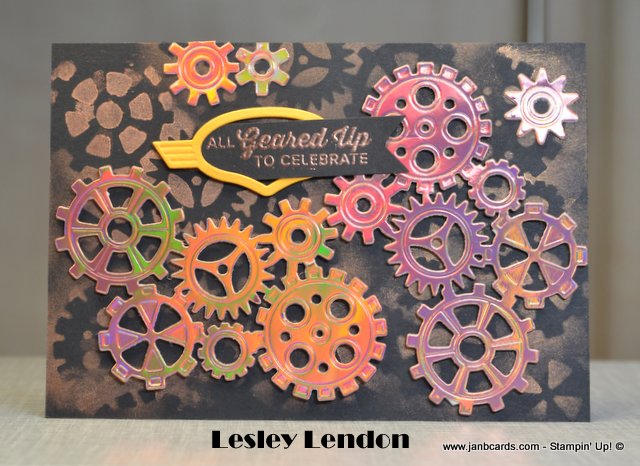 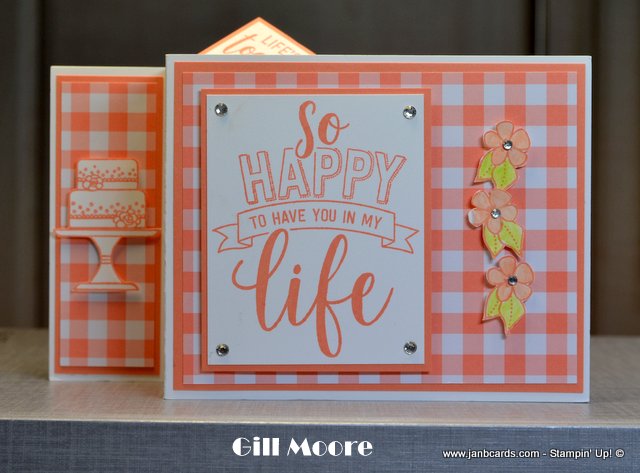 Lesley Lendon (lellyjellys.blogspot.co.uk) – I think this is the best masculine suite we have had for some time – no. 5 – it’s called the Classic Garage Suite! The Grapefruit Grove Foil Paper – a SAB gift with Lovely Lipstick Foil – is the perfect colour for cogs. In some light it looks like rust! Unfortunately, the Copper Shimmer Paint retired with the Christmas Catalogue, which is such a shame, but it could be changed for  Copper Embossing Powder which Lesley has used for the sentiment.

Gill Moore (2biggirlscrafting.blogspot.com) – has used the Amazing Life and the Piece of Cake Stamp Sets for her wiper card. The colour is Grapefruit Grove which is helping to change my mind about orange. This is the softest orange I’ve seen without being peach-coloured! 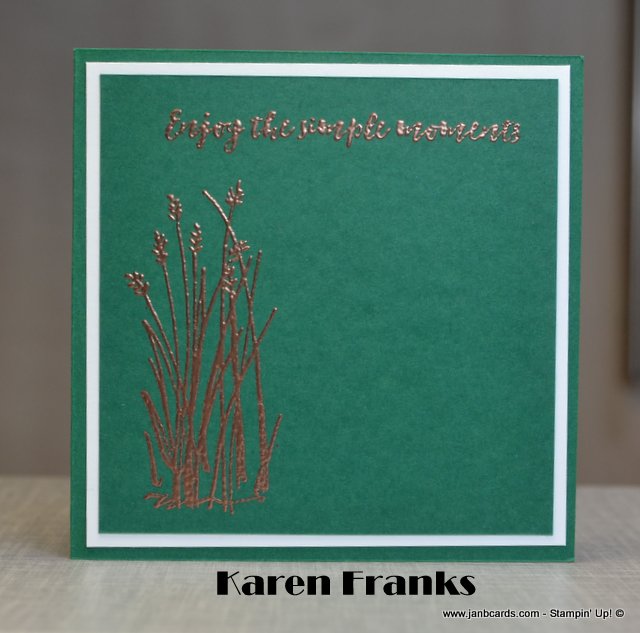 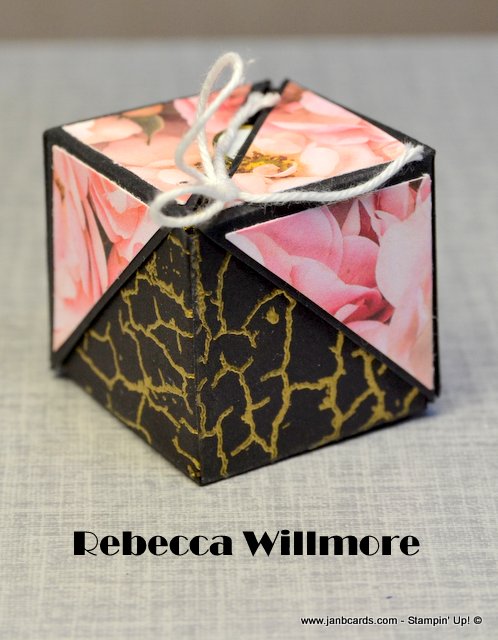 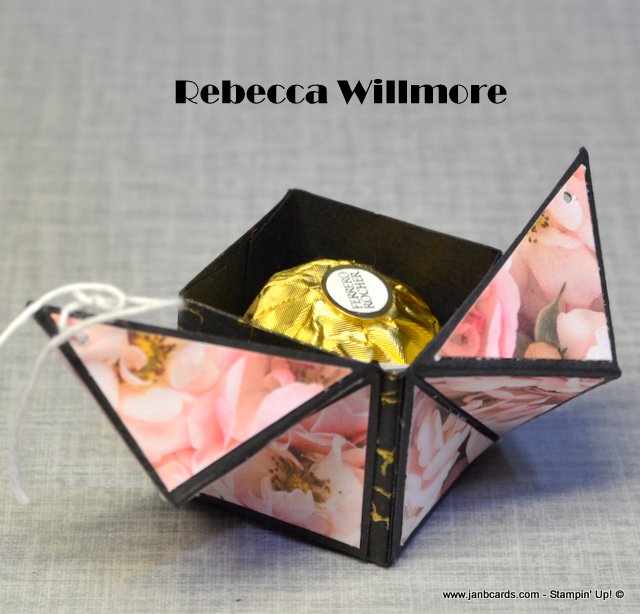 Karen Franks (I hope I have the correct name) – used the SAB stamp set Home to Roost (no. 6!). I had to check my Stamp Set Reference Folder to find out which stamp set Karen had used! Karen heat embossed the image and the sentiment using Copper Embossing Powder. This style of design is right up my street….clean and simple! Really lovely! Karen’s card is 4″ x 4″. 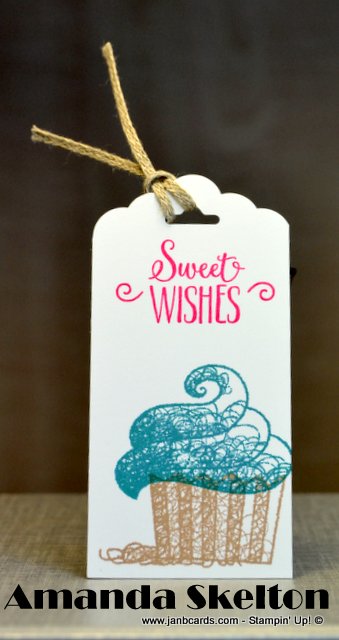 Amanda Skelton – last but by no means least, this is the swap I received from Amanda who’s in my team of Super Stars. When I received this swap was the first time that I saw the fabulous 3/16″ Braided Linen Thread in real life. It was in the Christmas Catalogue but is being carried forward. That will be going on my next order! Amanda’s gift tag was one part of a two part #simplestamping project she made. The other part was a greeting card which had three similar cakes in a row.

I would like to say a very big thank you to all the demos who took part in Sunday’s swap. I received a brilliant collection of projects. Thank you. I hope you have enjoyed sharing these projects with me,and until tomorrow, happy crafting!