I saw a fancy fold card like this on Pinterest recently. I fell in love with it and just had to have a go. There wasn’t any kind of closure to the card, so I added a ribbon. I considered a belly band, but decided against that idea. When the card is closed there’s a thick area on the right hand side. This made me think that the belly band might slide off easily. It would also mean that I couldn’t have any dimensional decoration on the front of this card, except from on the actual belly band.

While I was preparng the cardstock (CS) and Designer Series Paper (DSP) for the video, I became very frustrated with the slight differences in sizes for all sets of four layering squares for inside the card! Eventally I had an amazing lightbulb moment! 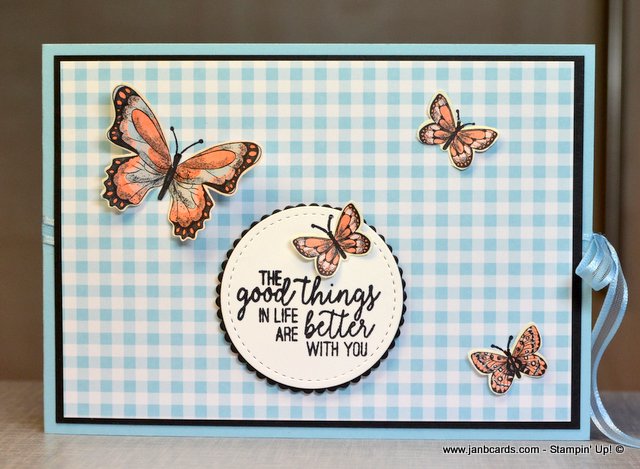 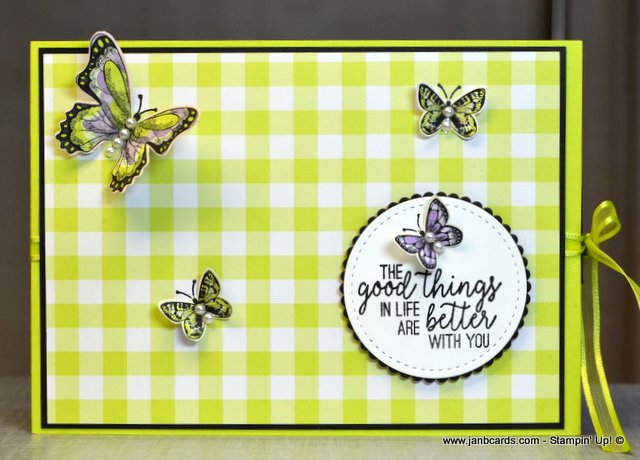 Why didn’t I cut the three different sizes of squares using my Big Shot and the Layering Squares Framelit Dies. I can’t believe I never thought of this previously……after all, they are called Layering Dies!! Not only did it make life so much easier, but the results were fantastic, too! The four sets of squares inside the squares are identical to each other, and the space between each layer is identical! 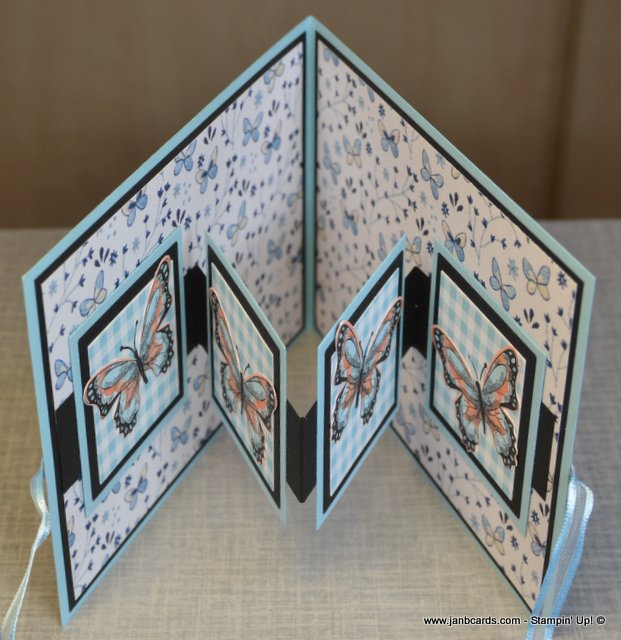 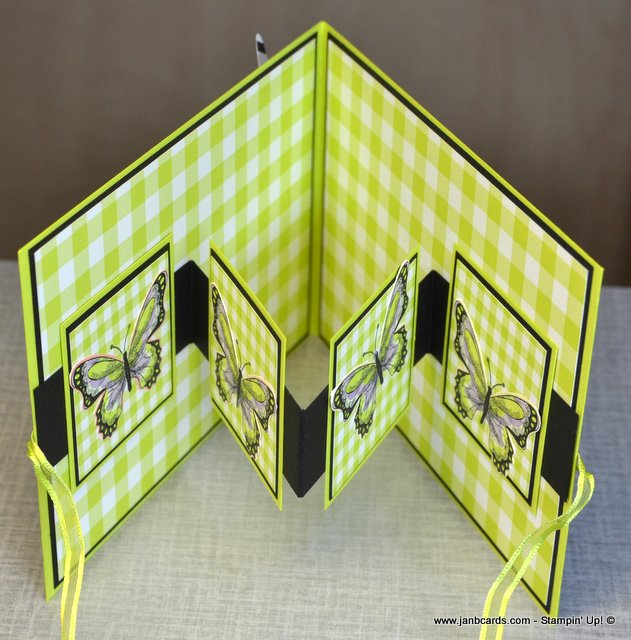 The Lemon Lime Twist card is the first complete card I made. Whilst I was really pleased with the result, I changed a couple of areas in the video and made the card look even better. I changed the DSP layer inside the Balmy Blue card to a fairly patterned design. I used the balmy Blue butterfly design from the Needlepoint Nook DSP. It made a lot of difference and looked really lovely! I also changed the design on the front of the card slightly. Instead of using four small butterflies, I use one large and three small. I was so pleased with this look, after I’d finished the video, I gently removed one small butterfly from the front of the first card front, and replaced it with a large butterfly!

I hope you like this card as much as I do, and give it a try! You won’t be disappointed! That’s about it from me today. I’ll say cheerio until tomorrow, and in the meantime, happy crafting.

Products used: please click on any image to be taken to my 24/7 online Stampin’ Up! Shop