What a difference a day can make? The weather yesterday was very mild, and very sunny! It was lovely to be able to go out and get some sunshine! Today’s video shows how to make a simple fun fold card. I saw this design a little while ago, and the creator had score the first and lat panels and folded the triangle back on itself. It was a really lovely card. However when I tried it, my card split/tore where the diagonal score reached the bottom line of the panel, when I folded it. I decided to cut the triangle off, so that no fold would be needed.  It was a idea that worked! 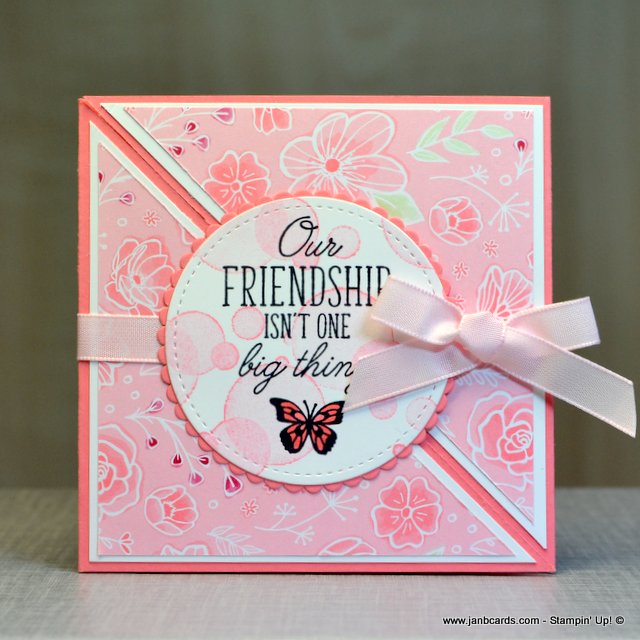 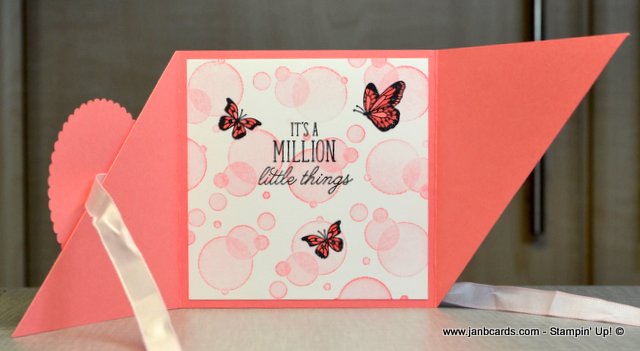 This first card is the card I made in the video. I used Flirty Flamingo Cardstock (CS), with All My Love Designer Series Paper (DSP). This is the first card of this design I’ve made without anything going wrong! I’m going to go through the first four cards and briefly explained what happened!

Let me tell you about the other four cards. All the basic designs are the same. It’s just colours and DSP that’s been changed. The first card is the one right-hand side below – Wisteria Wonder (lilac). I scored this card on the diagonal line but finished up with small tear marks. These are where the cardstock tore very slightly under the pressure of scoring diagonally on the edge. The card on the left-hand side is in Soft Sky (pale blue). I cut on the diagonal lines. Next I made the two triangles smaller by cutting a small strip off the hypotenuse. I adhered them back in place, and added the two layers. I wasn’t happy with this as if felt too bulky. 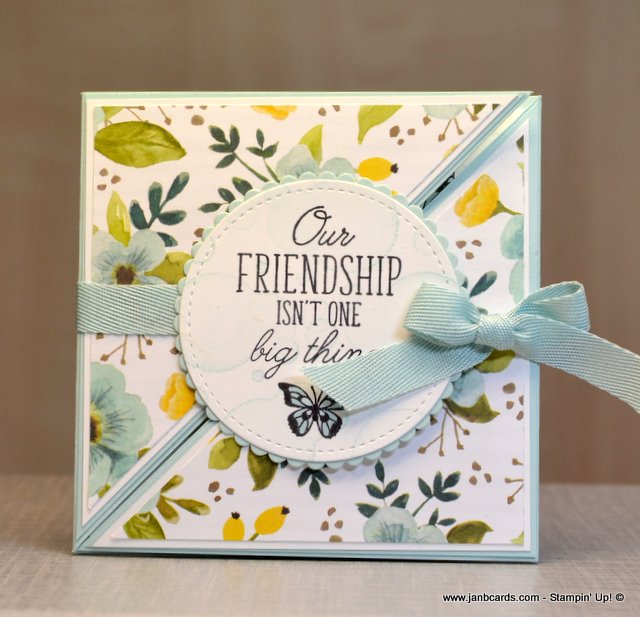 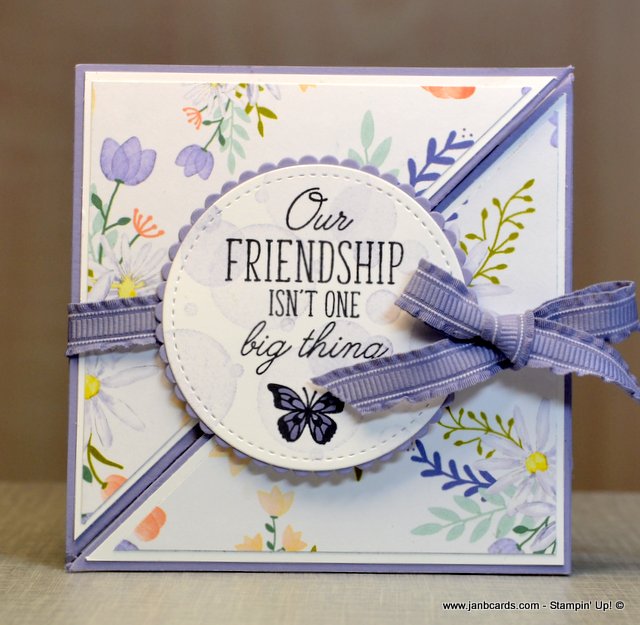 The third card I made is the Lemon Lime Twist, below on the right-hand side. The only thing wrong with this one was that I had the measurements for my layers slightly wrong. I corrected this for the fourth card, which is in Berry Burst, and below on the left-hand side.  Unfortunately, I put the glue on the wrong side of the DSP. Such a silly mistake, but I was ready to start videoing! 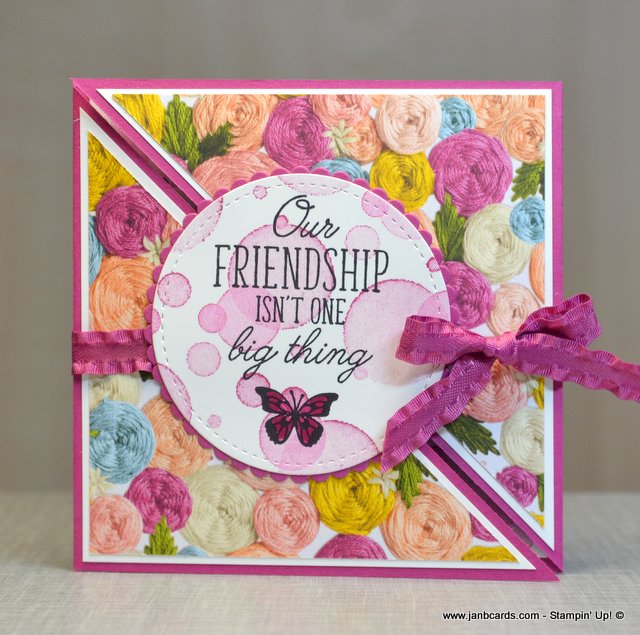 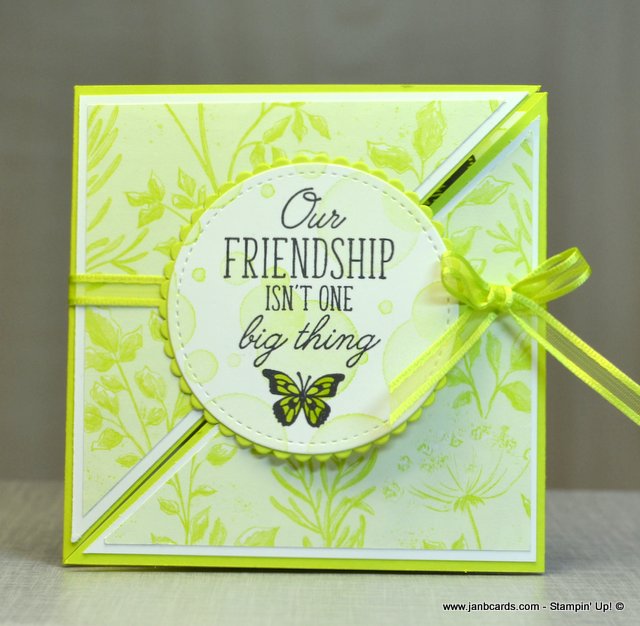 The final detail I paid attention to is which way the diagonal line went. Up until the last card it went from bottom left-hand side to top right-hand side! I changed the direction so that the sentiment was adhered to the triangle which was resting on the ground. The result is that the card will stand on a shelf easily. I hope you like today’s project, and give it a try. It really is as easy as it looks!

I wish you a very blessed Sunday, and until tomorrow, happy crafting.