Today’s video was inspired by a swap I recieved in November 2014! I received it from a lady named Tanya Rowe, when I was at the OnStage Convention in Brussels. It was a great idea that has stayed with me! Tanya used stars for her card, with a photograph of herself under the top star. 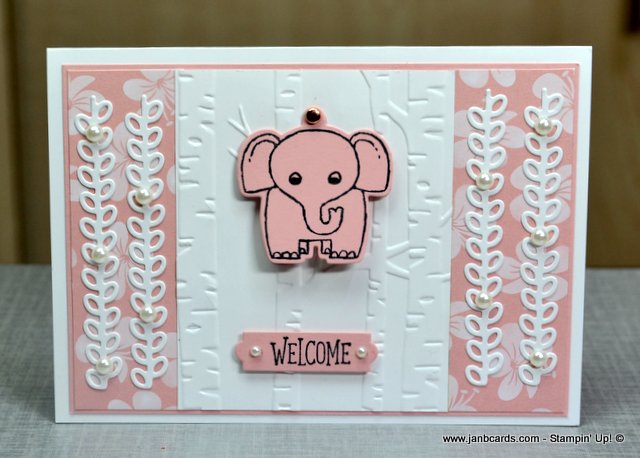 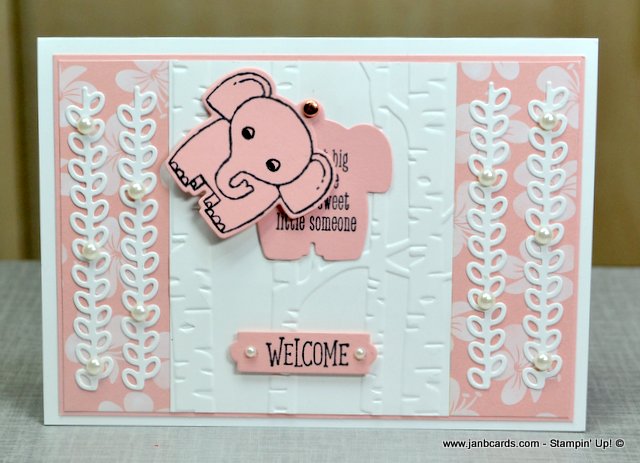 I think my card today would be a great baby announcement card with the baby’s photograph under the top elephant. I made the Balmy Blue card first, and used the Tufted Dynamic Embossing Folder. For the Blushing Bride card I used the Woodland Embossing Folder. Another change I made was to make the decorative strips on either side in Whisper White. 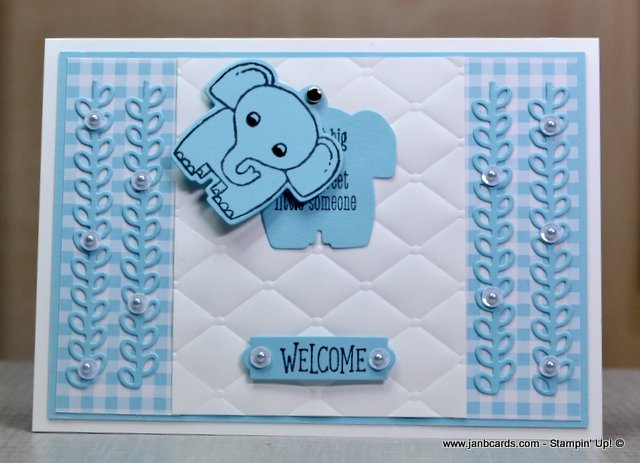 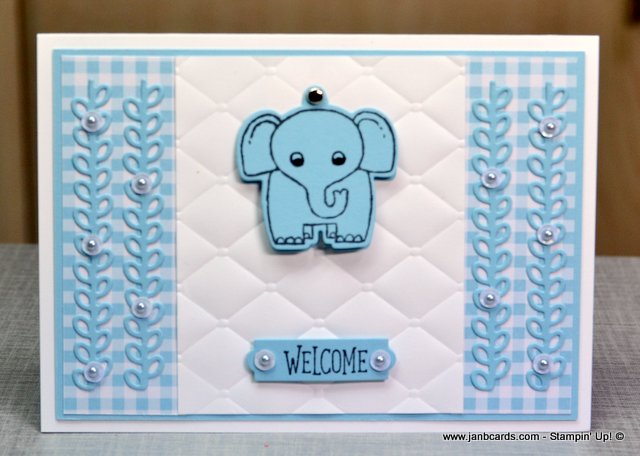 The image of the elephant has closed eyes, which is something I really don’t like. In the video I show the easiest way to open the eyes. That is to work with the image upside down. By doing it this way, you can see the whole eye as you’re working rather than having to guess. I think any shapes can be used to make this type of card. The reason why the elephant and the stars worked exceptionally well is that they both have a narrow/pointed tip at the top for the brad. Having said that, I don’t think it’s necessarily crucial. 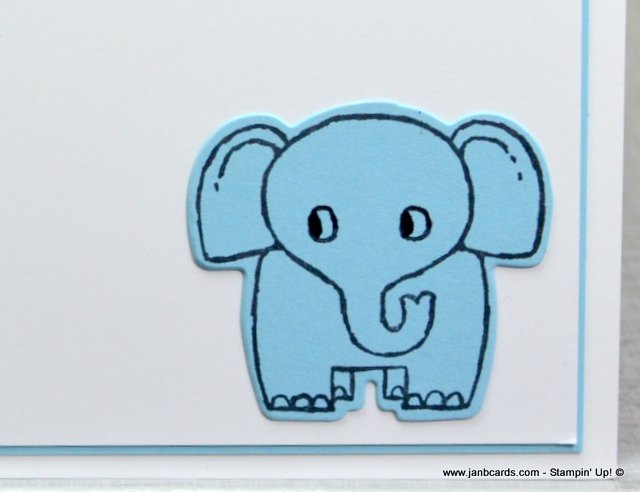 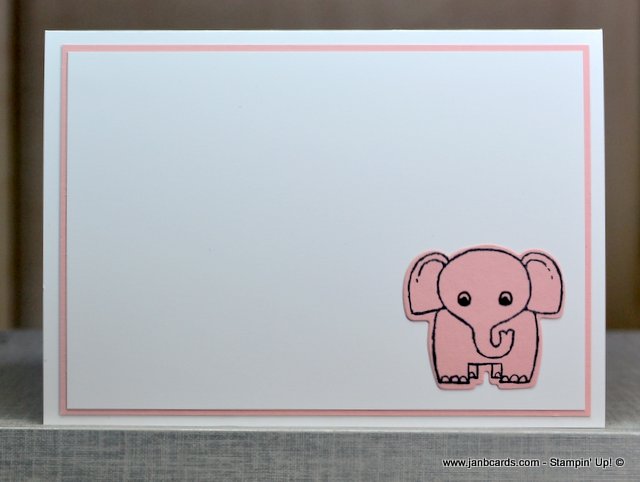 The stamp set I used for the elephant and the sentiment is called a Little Wild, which has a matching set of dies called Little Loves. The Welcome stamp is from the Animal Outing Stamp Set, and was die cut using a die from the Bunch of Banner Dies. I love how Stampin’ Up! products mix and match so beautifully!

That’s about it for today. I look forward to being back with you tomorrow. So in the meantime, happy crafting.