The Annual Church Play yesterday evening was brilliant! It was made even more special knowing that all parts were played by regular Church attendees, rather than a local amatuer dramatic society. The play was based on the story of Exodus. The visual effects for the parting of the sea was brilliant. There were two people either side holding a length of blue silky material, so they couldn’t be seen. The Hebrews walked between the two halves of the “sea”. The dance routine performed by the four girls, including Molly, was amazingly professional. I’m so pleased we were able to go. 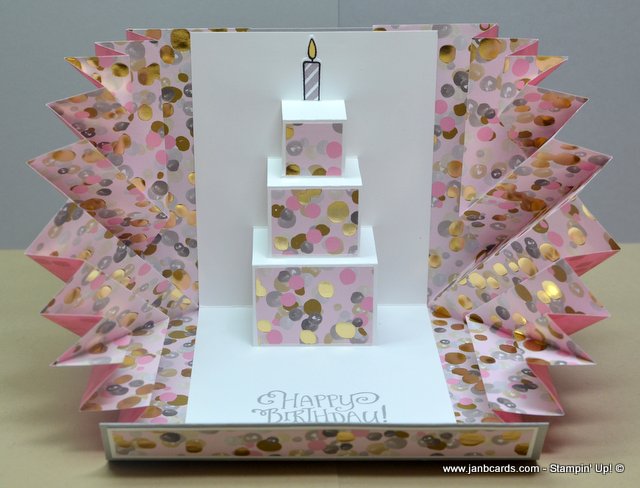 At 1 hour 33 minutes, this my second to longest video, but with very good reason! The longest was 1 hour 53 minutes when I did three Christmas Cards in one video using the lamppost stamps and dies! Today’s card is called an Explosion Pop Up Card, and is one card inside another. It took quite a bit to get the idea to work correctly, but I succeeded in the end!

My first attempt was using Designer Series Paper (DSP). It was harder work, but not so much so that I would have given up! The problem I had was with the DSP cracking. I tried various other types of paper, and the ones that worked were non-shiny gift wrapping paper, and regular computer paper. There are also some brown parcel papers that are thin enough to use. With this and the computer paper, you can stamp your own design to pretty it up! 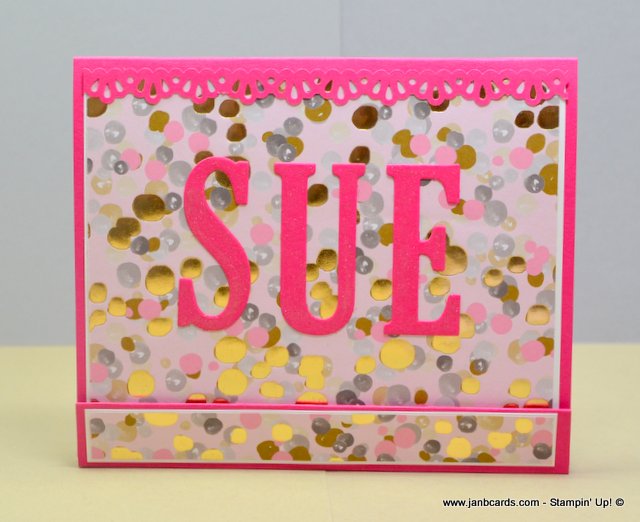 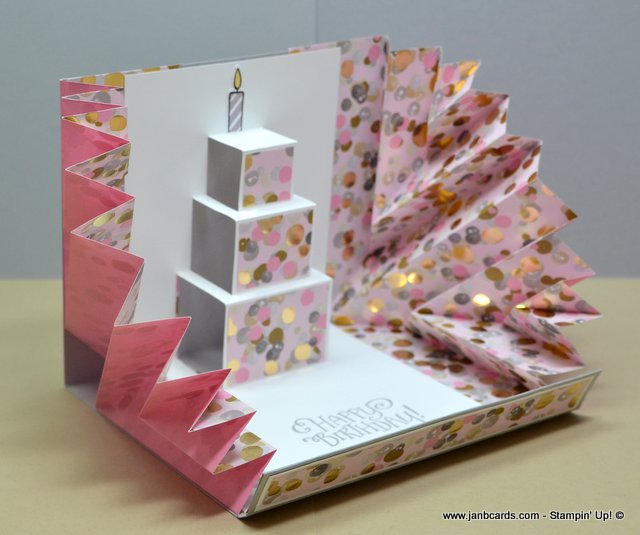 The pink lacy trim on the Sue card was to cover up a mistake! I’d cut the Whisper White and gift wrap layers too big! Grrr!! When I cut the excess off, I was left with an edge that didn’t has a white edge any more. I thought this was a good way of covering it up! I made the Eva card in the video, and decided to save a little time by only stamping one candle, which I decided I prefer!

The cake card inside the explosion card, could be used inside a card base in it’s own right. I show an example of a wedding card I’ve half made this way. I also have a plain card base with a white cake “card” inside that I will finish off properly sometime soon. That’s about it from me today. I wish you a very blessed Sunday, and I look forward to being back tomorrow. In the meantime, happy crafting.