When I started today’s card, I thought red and white would be a good combo for a sympathy card. I also had to use green because I was using a flower image. By the time I had finished my card, I didn’t think it sombre enough for a sympathy card. Later today, I may change the sentiment. Hubby has suggested a Congratulations card. I CASE’d this card from a demonstrator in the US (I believe) called Gloria Plunkett, who goes by the name Designzbygloria. Gloria used Highland Heather for her lily and sentiment, and green for the stem. All the layers were white which made her card look even more striking. 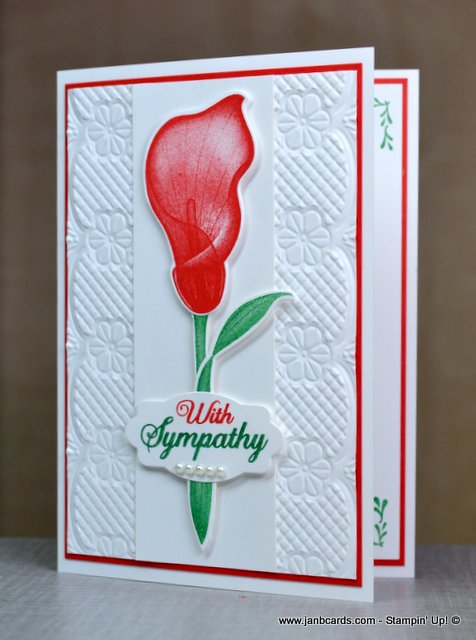 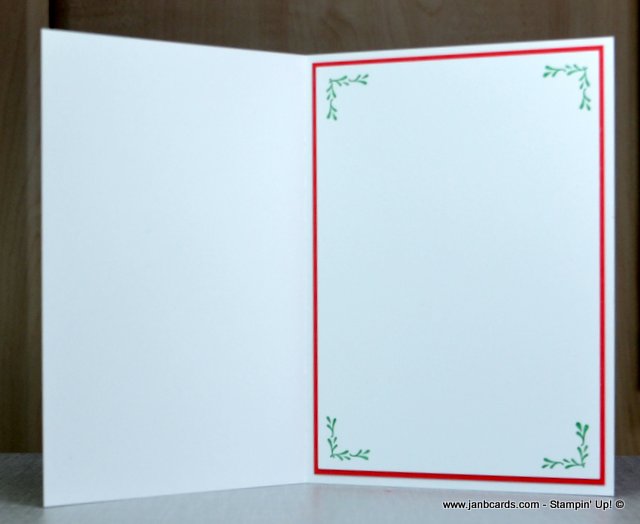 I was really drawn to how Gloria had used the Lace Dynamic Embossing Folder. If you don’t know this Embossing Folder, you’d think it looks as if the top layer is one embossed sheet, with a plain strip for the lily. Oh, if only it was as easy as that! I started by embossing my top Whisper White layer, and cut it in half down the centre. It was quite a challenge but, by trial and error, I succeeded in working out to get the “scalloped flower” design on the left and the right of the lily! 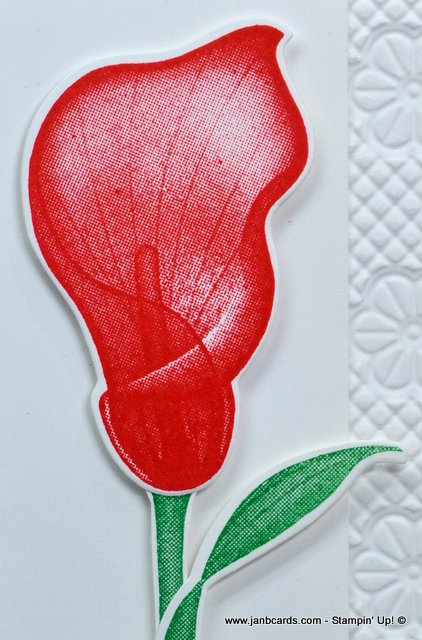 The stamp set is called Lasting Lily, and is available as a free gift during Sale-a-bration with a qualifying order. I used my Stampin’ Write Markers in Poppy Parade and Call Me Clover to paint the sentiment stamp. To make sure none of the ink had dried while I was painting it, I huffed on the stamp before stamping. I’m nearly always successful with this technique, but yesterday the image stamped exceptionally well! If only it always worked as well as that! 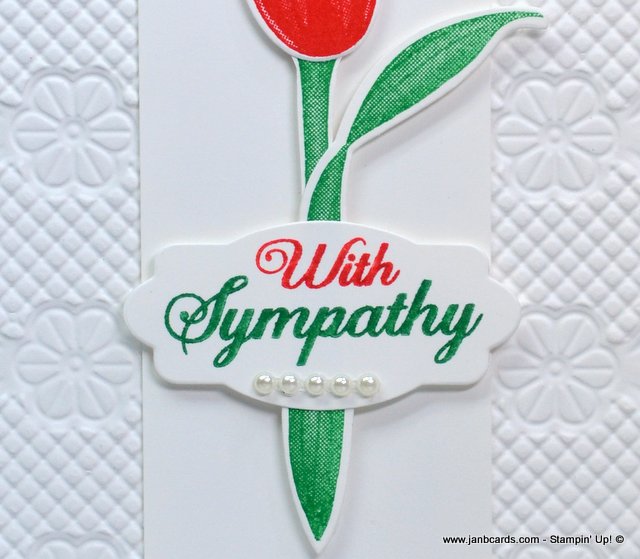 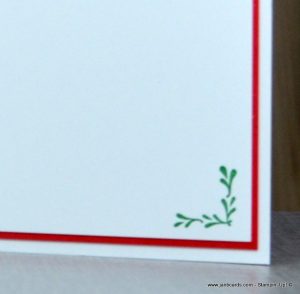 During March 2019, there are four sets of dies available to purchase that co-ordinate with four of the Sale-a-bration stamp sets, and Lasting Lily is one of them. Although I love this stamp set, I have to confess that the dies wouldn’t be the top of my wishlist! The main reason for saying this is that the images are very easy to fussy cut as they are. However, I do love the two label dies! When the two stems that have “claws” at the top are die cut, there is still white cardstock visible between the claws! There are three ways of getting round this! First, put the lily over the claws, which is what I have done. Second, fussy cut in between the claws. Third, paint in between the claws with the same colour as the lily. (You may see some white underneath when you put the two images together – this can be painted as well). 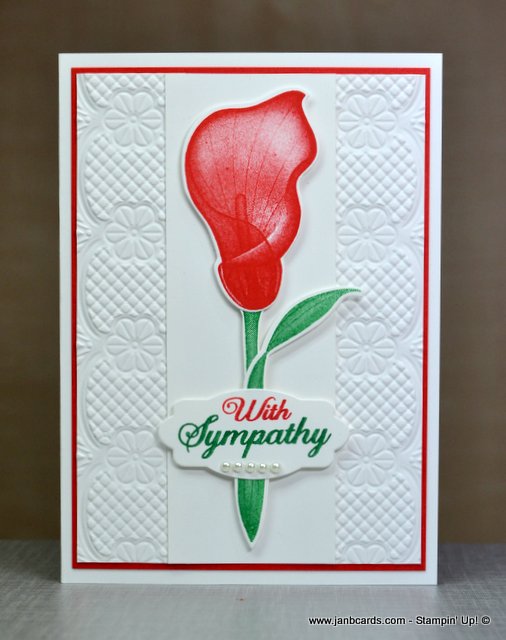 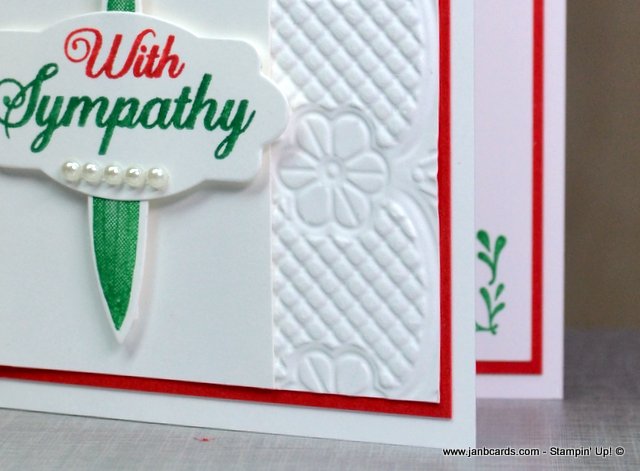 Finally, I promised to share my son-in-law Leigh’s birthday card when I have finished it! I used HAPPY BIRTHDAY from the Well Said framelits. To keep things easy, I used them with the Multipurpase Adhesive sheets. I did the bottom layer in Melody Mango, and the top layer, slightly offset, in Blueberry Bushel. The bookmarks are the same as the cards I made in the video, Double Pocket Card, but I used a small bird instead of the little cluster of flowers! 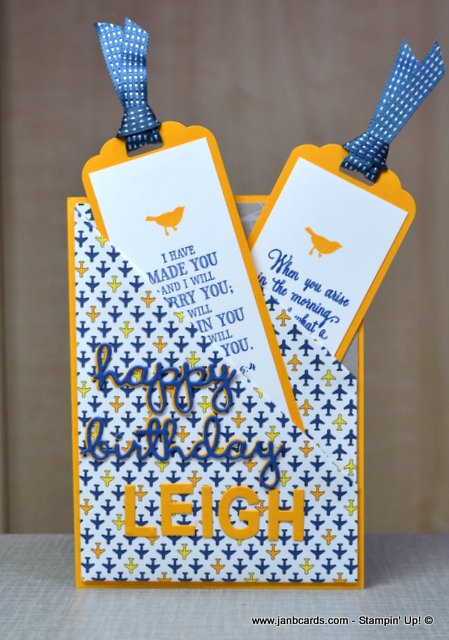 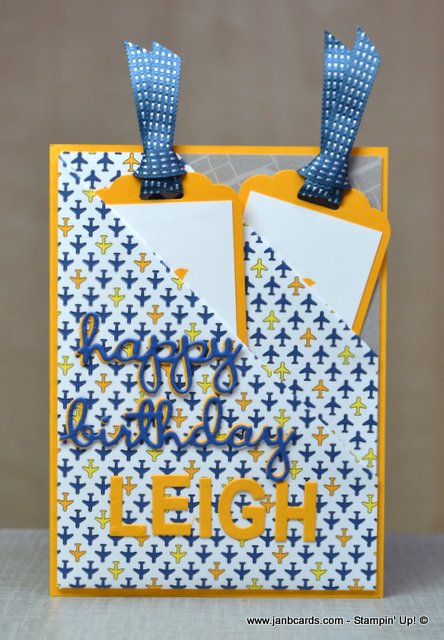 That’s about it from me today. I hope you have a terrific Tuesday, and I look forward to being back with you tomorrow. In the meantime, happy crafting.