I hope you’ve had a super weekend, and are ready for a brand new week! The Painted Seasons Designer Series Paper (DSP) is available during March as a level 1 Sale-a-bration gift, or as a level 2 gift when combined with the Painted Seasons Stamp Set. The mushroom is sheet is a beautiful design, but it’s not easy to design a card around it. The Sweet Storybook two-step Stamp Set is the only set I can think off that includes a mushroom. 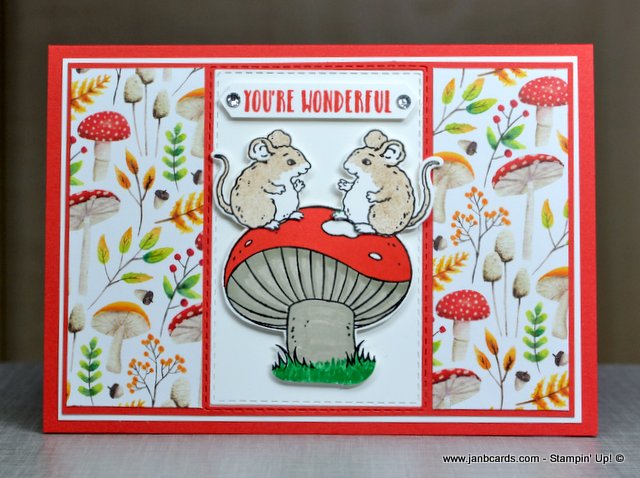 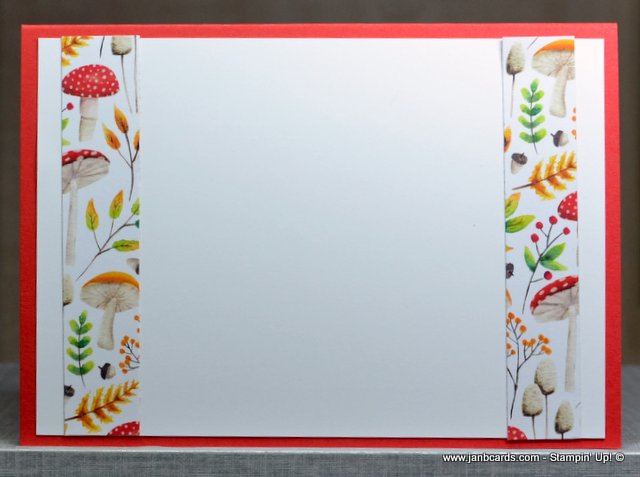 I stamped the mushroom using Black Stazon Ink. The mushroom top was coloured with the infill stamp and Poppy Parade Ink. I used my Sahara Sand Stampin’ Write Marker to do the underside of the mushroom top, and the stalk. The grass has been coloured with the Call Me Clover Marker. After fussy cutting the mushroom, I started working on the two rather tubby mice! I used the infill stamps with Crumb Cake Ink stamped off once. You may know that I don’t like characters that have closed eyes! I remedied this with some very fine tip pens. 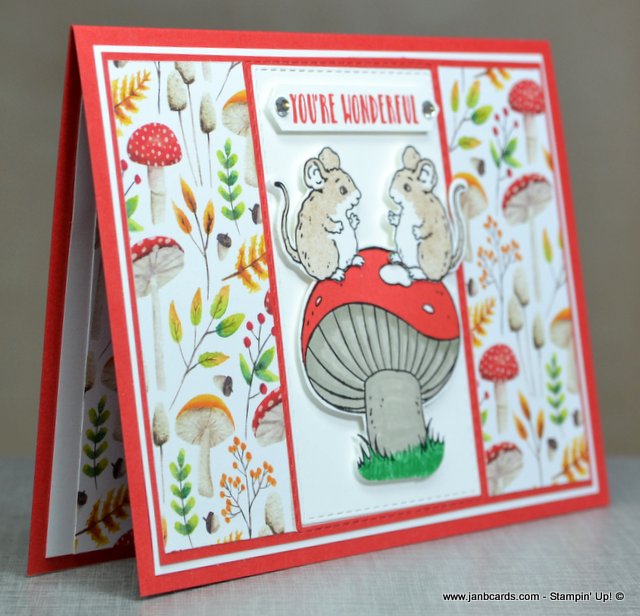 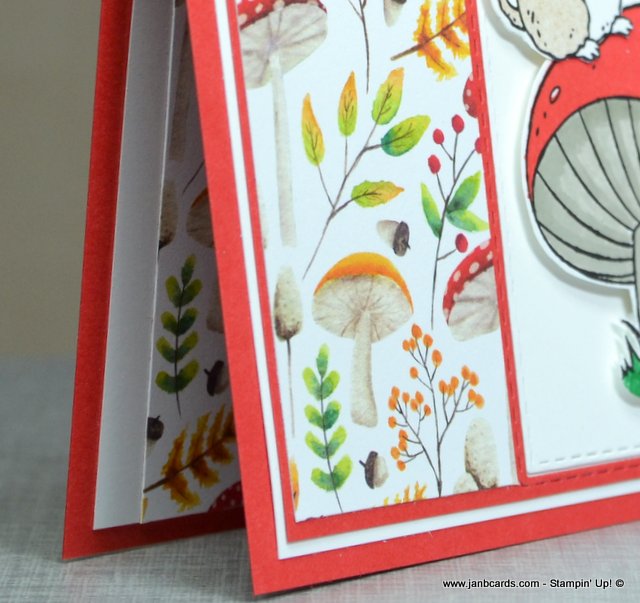 There’s a set of dies called Storybook Scene to co-ordinate with this stamp set. I die cut the mice but then decided I wanted them as two separate mice. I cut the grass off and fussy cut a little bit more off the die cut edges. It was easier for me to sit the mice on the mushroom once I had cut them into two separate mice. I took a Poppy Parade card base and a top layer of Poppy Parade. Once I had worked out the centre of this top layer, I die cut a rectangle using a Rectangle Stitched Die. Next I die cut a Whisper White rectangle the same size to glued it into the gap. I adhered two strips of the mushroom DSP on either side. Using Dimensionals I adhered the musroom on the white panel, and then the mice sitting on top. 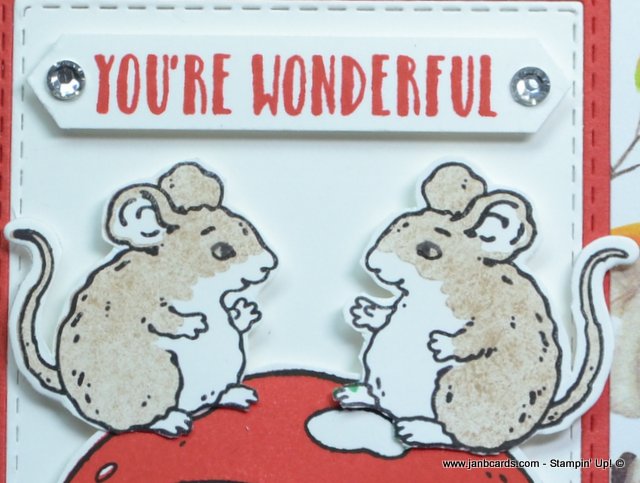 The sentiment should read “Did I ever tell you YOU’RE WONDERFUL?” I used tape to cover up the first line, and also the question mark. After I had inked the stamp in Poppy Parade Ink, I removed the tape and stamped. This fitted into the Classic Label Punch brilliantly. I adhered it with Dimensionals and finished it with two Rhinestones. I wasn’t sure how to decorate the inside of the card so I adhered two slim strips of the mushroom DSP either end of the Whisper White layer. Thanks to this stamp set, it wasn’t too difficult to come up with an idea for a card. I think the real challenge is going to be coming up with a second idea! Watch this space!

That’s it from me today. I wish you a marvelous Monday, and until tomorrow happy crafting.