Today’s video shows how to make a Z Fold Card. The video I saw by Deb Valder with Splitcoast Stampers, called it a Z Box Fold. I changed the name of mine slightly because I thought it might be a bit confusing with the word box. Whatever this fold is called, it’s a great fold! It’s like a Double Z Card, but this card is in one piece. 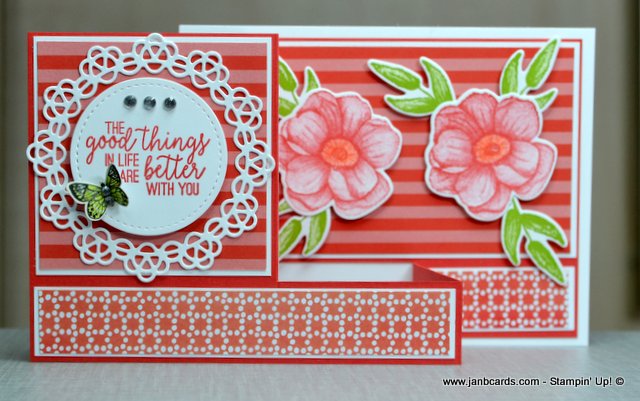 I chose Poppy Parade for today’s card, and used Granny Apple Green for the leaves. The stripey red Designer Series Paper (DSP) is from the Brights 6″ x 6″ DSP Stack. I used a design from the Painted Seasons DSP for the strip at the bottom of the card. I think this is the first time I’ve made a video not knowing exactly what colour cardstock I’d be using for two important elements of the card! 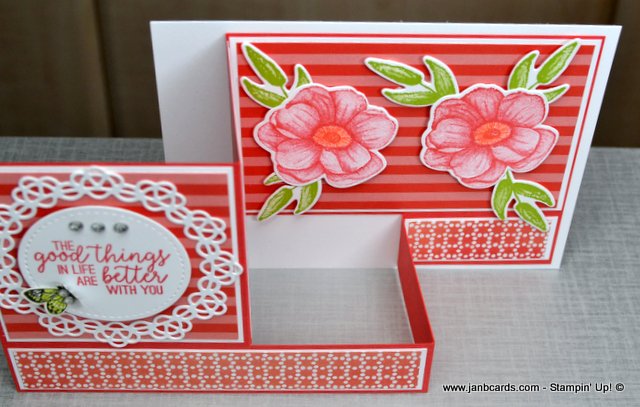 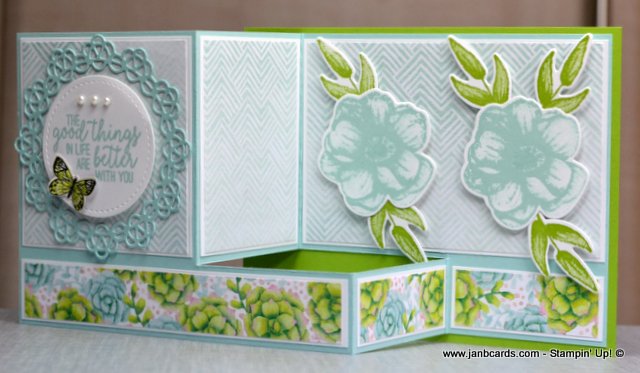 The Pool Party flowers on yesterday’s card had six small pearls added in the centre of each of them. I thought it looked really pretty, but I couldn’t use the same idea with today’s card! It would have worked on the right-hand side flower, but not the left-hand side flower because the card closed on to it. 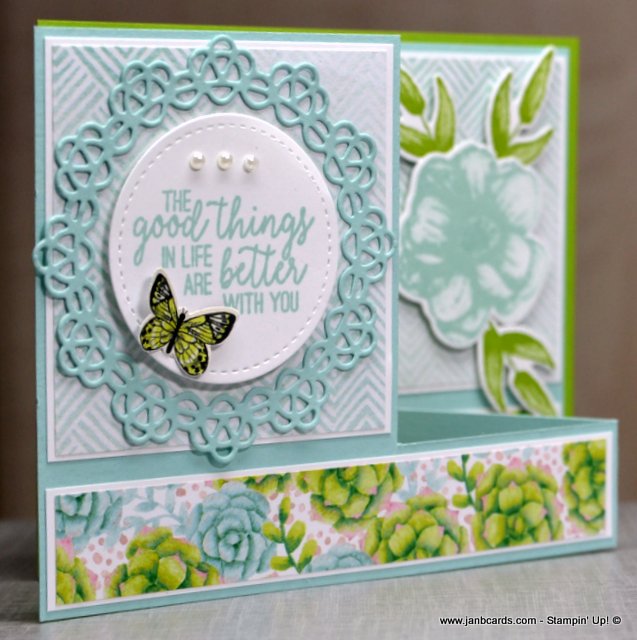 My second choice was to paint the centres of the flowers using my wink of Stella Clear Glitter Pen. In person, it looks lovely on the Pool Party card but it’s hardly visible in the video or photographs. The Wink of Stella had a far more positive reaction on the Poppy Parade flowers. The glitter pen picked up some of the colour and moved it around. It looks superb!

Following the success I’ve had with this card and Poppy Parade Ink, I will start using more of it! Watch this space! I wish you a very blessed Sunday, and until i’m back with you tomorrow, happy crafting.

Products used in video: please click on any link to be taken to my 24/7 online Stampin’ Up! shop.