I hope you had a brilliant weekend, and if you’re in the UK, I hope all mothers were well looked after on Mother’s Day! After we had sung the first two hyms in Church yesterday morning, two young girls – about ten or eleven years old, said one of the prayers. It was dedicated to all Mothers. As we were singing the last hymn, the children came back into the Church after finishing their Sunday School Class. They were all carrying small bunches of daffodils, and handed one each to all the ladies. I haven’t ever witnessed anything like this before, and I was totally bowled over. It was a small gesture but it meant so much. Our Church paid a lot of attention to teaching the children the importance of Mum! 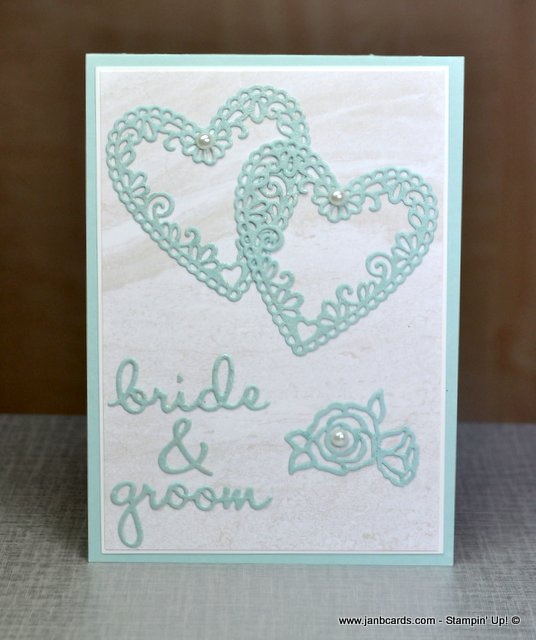 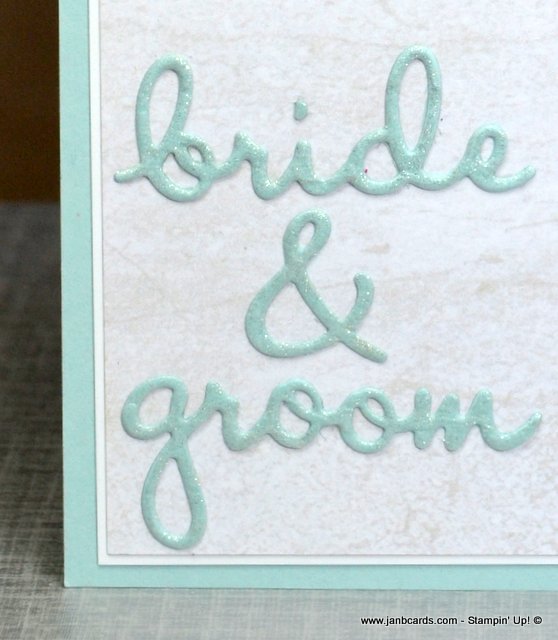 Today’s card is one of the cards I showed in yesterday’s video. I said at the time, the cake part of the explosion card could be adhered to a regular card base and made into a card on its own! This card was made during my experimenting phase of the explosion pop up card. I used Soft Sky, which is a retired colour, just in case my idea didn’t work out. Using Tombow, I adhered a layer of Whisper White Cardstock (CS) to the front of the card. On top of this, I adhered a layer of Petal Promenade Designer Series Paper (DSP). 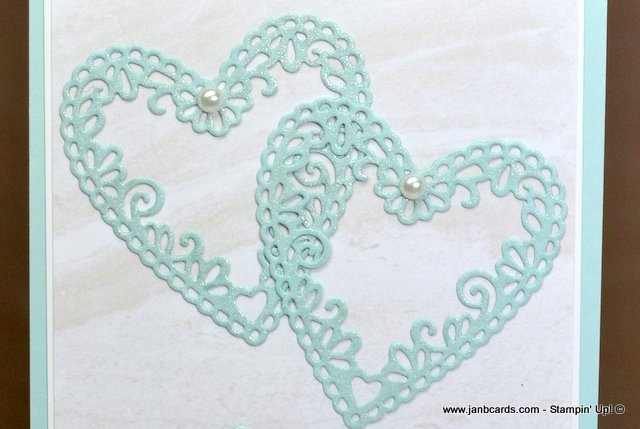 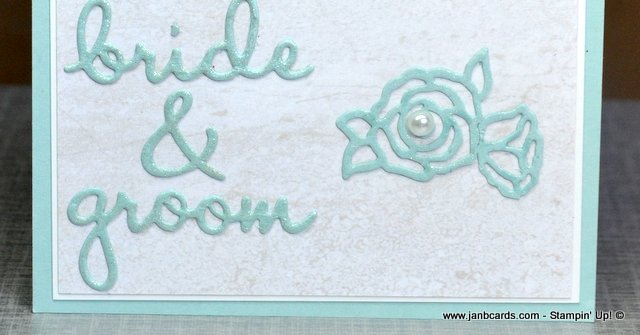 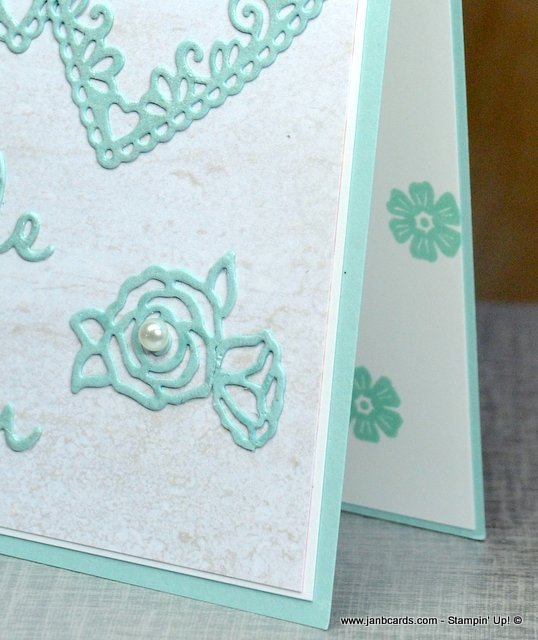 To decorated the inside of the card, I adhered three of the half flowers to the teirs of the cake. I chose the sentiment from the Colourful Seasons Stamp Set. After I had stamped the sentiment in Pool Party Ink, I chose a small flower stamp from the Beautiful Bouquet Stamp set. I stamped the flower very randomly over the top and bottom of the card. Needless to say I went over the flowers with my Wink of Stella. The only part of my card which escaped the Wink of Stella was the sentiment! 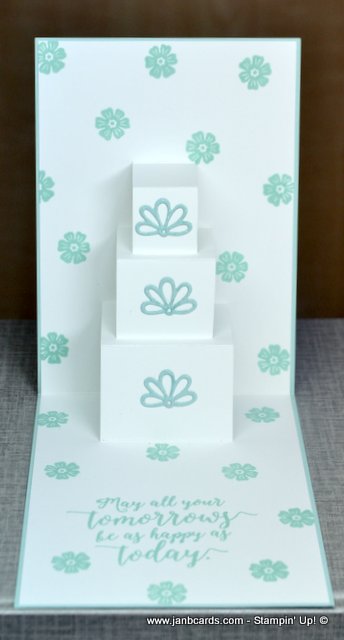 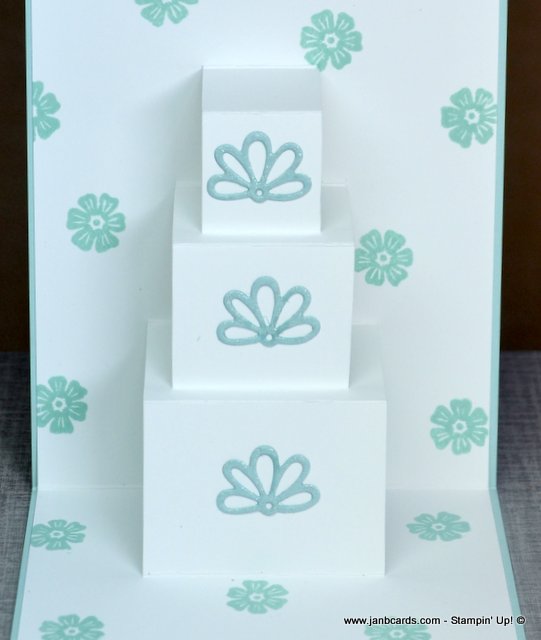 Yesterday’s video really was two in one.I hope you enjoyed it. That’s about it from me today. I look forward to being back with you tomorrow, and in the meantime, happy crafting.