I hope you’re enjoying your weekend.The weather here in the UK is wet and miserable! I know spring is just around the corner but it’s taking ages to arrive! Today’s video was inspired by a great swap I received from Wendy Porter. It’s been sitting on my desk since November 2018 which is when I received it! Wendy’s website is www.sent-i-ment.co.uk. 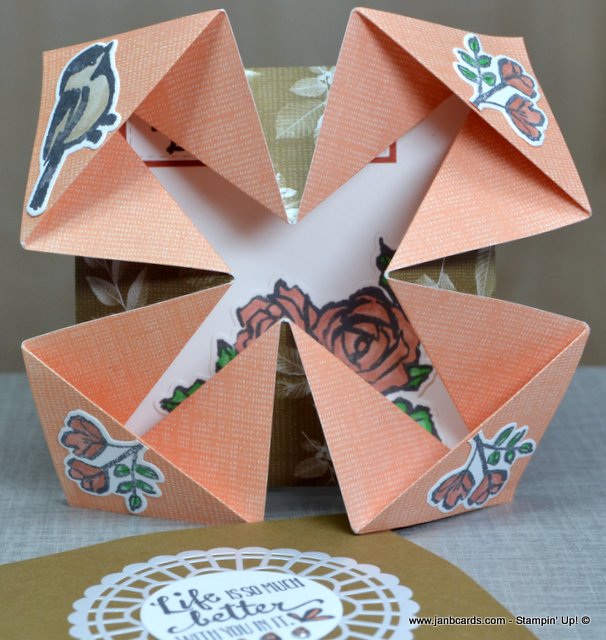 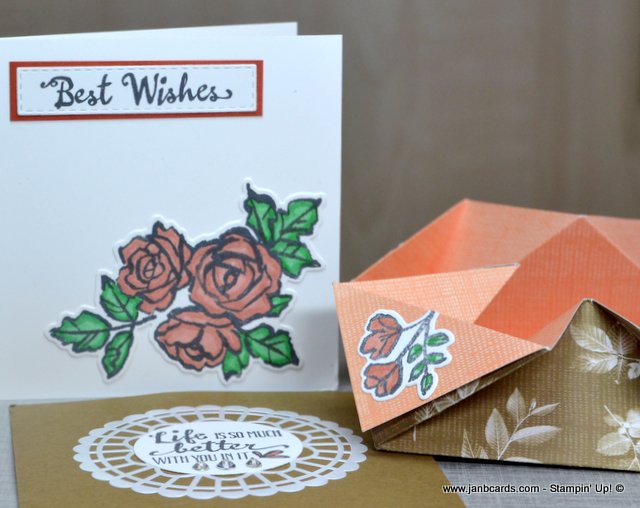 There are several different ways to make this card, including Origami, which is an art that never fails to amaze me. My video shows how to make the napkin fold card (NFC) using scored lines. Like the Never-ending Card, it’s very important that the Designer Series Paper is exactly 8″ x 8″, or whatever size you decide. I also found it’s best to score each side at 2″, rather than one side at 2″ and 6″, and repeating on the adjacent side. 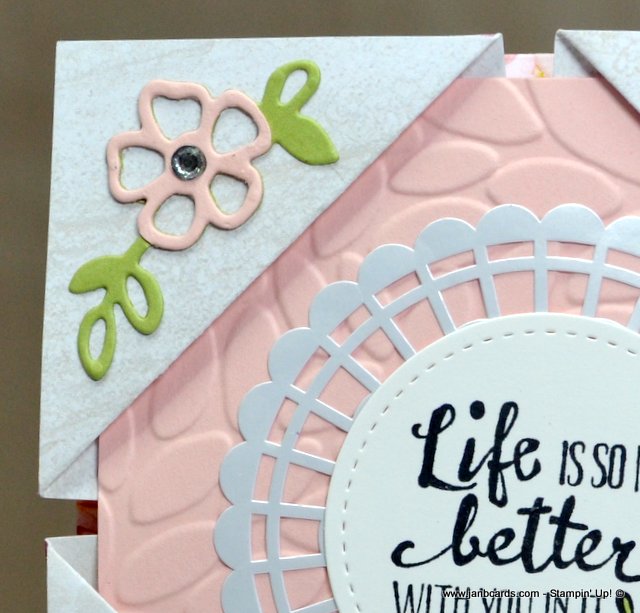 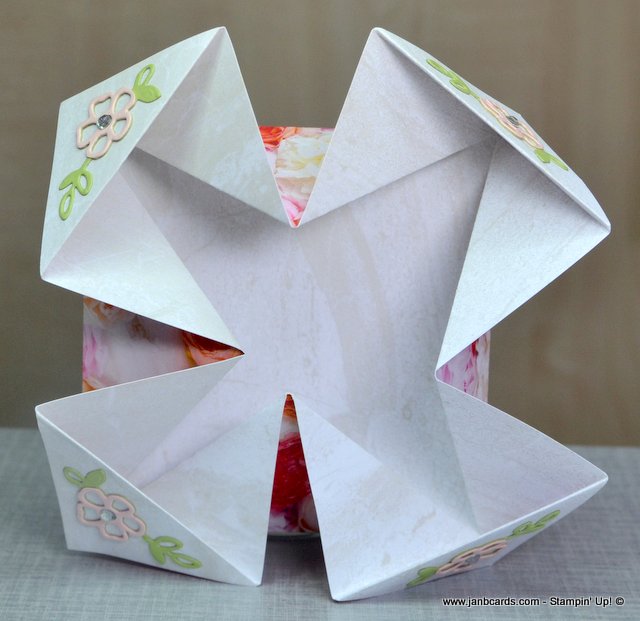 To put the top cardstock insert in and take it out, it needs to be bended a little bit. I decided to emboss that layer to make it more pliable, and therefore avoid any bend marks. Wendy made her swap with the greeting card as the top insert layer, and my card is inside the NFC. My top insert layer is just a decorative “lid”. Another option is to make a small envelope using the Envelope Punch Board. As long as the envelope is the correct size, you can put a gift card inside the envelope. Then the envelope can go inside the NFC! 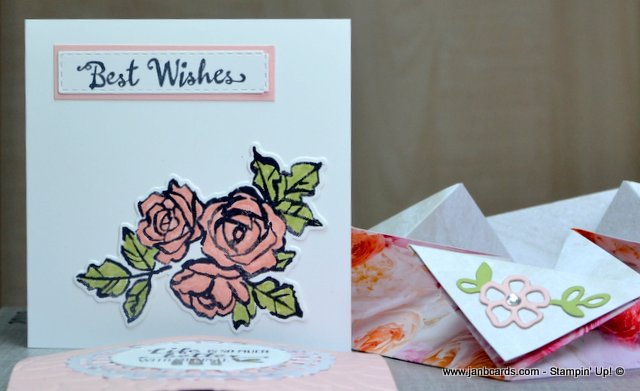 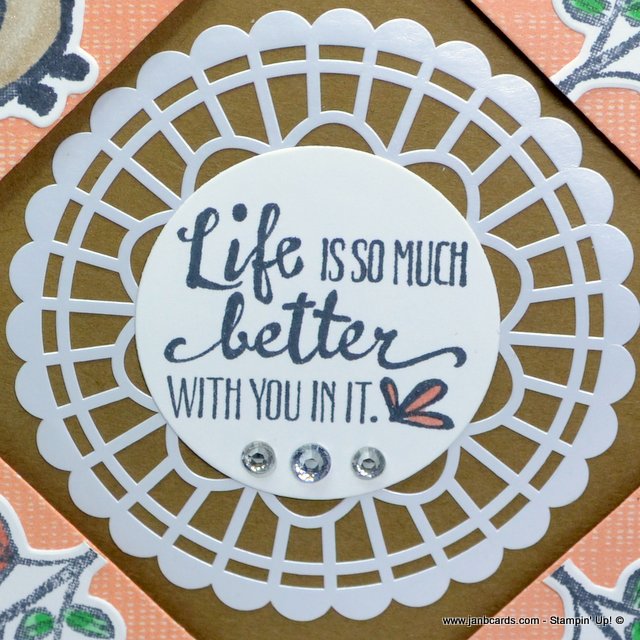 When I was making the video, I forgot to stamp the BEST WISHES sentiment! I had a spare one on my desk which I decided to cut it to the size I needed! It was a tad too small, and I lost two tiny corners off the right hand side, top and bottom! I used some non-SU removable adhesive to hold the sentiment in place, and explained to my “viewers” I’d re-do it after I’d finished the video!

As soon as the video was finished, and I started uploading it to YouTube, I had to shoot off out! I had an appoitment with Sharon to get my nails done. After I had finished there, I popped down to the supermarket for a few bits. Needless to say, by the time I arrived back home, I’d forgotten all about it. Until I started photographing, that is, and it dropped off! LOL! So it has now gone onto my list of jobs to be done!

That’s it from me today. I wish you a very blessed Sunday and look forward to being back with you tomorrow. In the meantime, happy crafting!