As you know, I don’t like images that have their eyes closed, and I always “open” them for my cards. I saw this beautiful female giraffe on Pinterest. I decided to CASE the card I’d seen but only as far as the two giraffes were concerned. Well, that was the plan! In the end, I CASE’d more or less the whole card! My sincere thanks for the inspiration go to Elisabeth C whose blog is called Scrap a Coeur – http://scrapacoeur.blogspot.com.Thank you, Elisabeth. 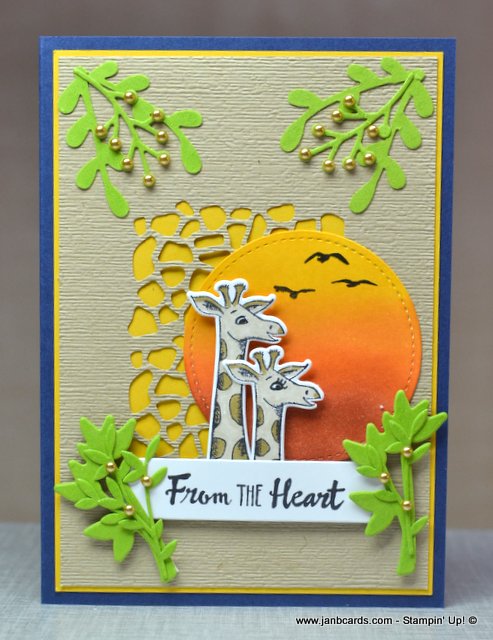 I did make some minor changes from Elisabeth’s card. The most important change was to “open” the male giraffe’s eye, too! For the female, I did her eyelashes in the way my Canadian friend explained. Considering this is the first time I’ve tried it, the result is OK! Many thanks, Geraldine! 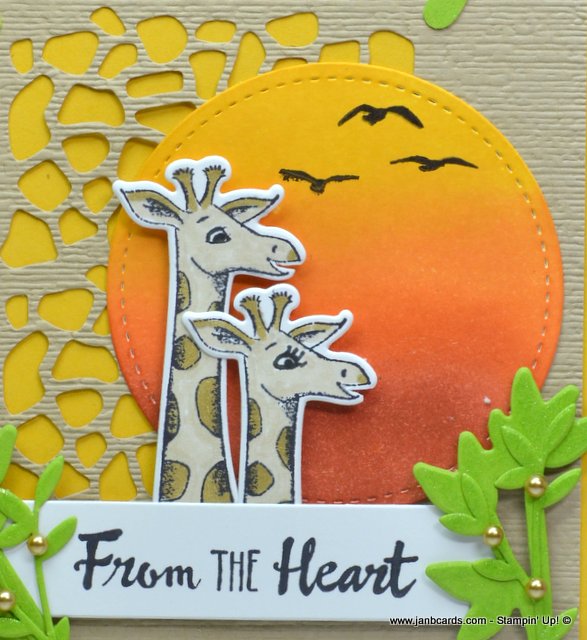 I’m very critical about my own cards! Overall, I’m really pleased with the result, but the next time I’d use the same small branches I used at the bottom of the card, at the top! The lower branches only needed three Gold Metallic Pearls each. On the top branches I’d put a total of eight on each, which is far too many! I may see if I can carefully remove four or five from each branch to see if that looks better. I’m sure it will!

To create today’s card I used the Animal Outing Stamp Set. I also used High Tide for the birds. Both of these stamp sets are being carried forward. I chose Petal Palette Stamp Set for the sentiment. Unfortunately, this stamp set is retiring on 3rd. June 2019. Both branches at the bottom of the card are from the Animal Outing matching dies which are called Animal Friends. I used the Sprig Punch for the larger branch at the top, but I don’t know where the smaller branches are from. I found them in my Granny Apple Green cardstock folder. All I know for sure is that they are die cuts; they’re not punched. 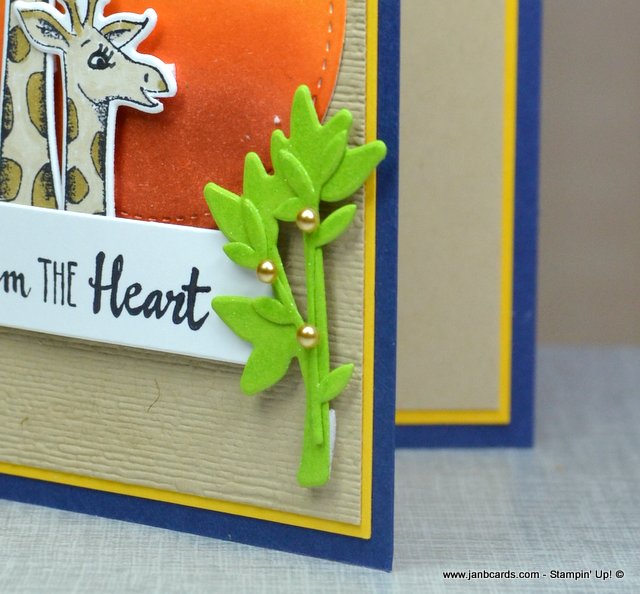 To create the sun, I die cut a circle using the Stitched Shape Framelits – circle no. 3. I used my Crushed Curry Dauber first, then Pumpkin Pie, and finally Cajun Craze. To create the Crumb Cake top layer, I used the appropriate die twice to create a “view” of the Crushed Curry Cardstock (CS) which is underneath.Next I used the Subtle Dynamic Embossing Folder. 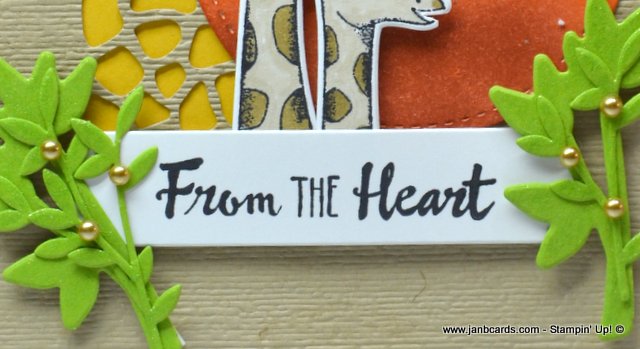 To colour the giraffes I used the Light Crumb Cake and Light Soft Suede Stampin’ Blends. This is another example of when it is much better to use the pen end. I found that I was using too much ink when I used the brush end, and I was going over the edges big time! Using the pen end gives you so much more control over how much ink you use, and where it goes! There’s a fair bit of work that goes into creating this card, but it’s all straightforward!

That’s it from me today. I hope you have a terrific Tuesday, and I look forward to being back with you tomorrow. In the meantime, happy crafting.

Products used: rather a lot today! Please click on any link to be taken to my 24/7 online Stampin’ Up! shop.