Just to remind you that the Everything is Rosy Product Medley is available as from today until 31st. May 2019, but only while stocks last! 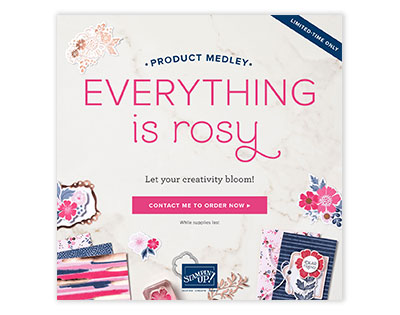 Today, I’m saying goodbye to the Floral Frames Stamp Set which has given me lots of pleasure painting those gorgeous little flowers.! Yesterday I enjoyed it even more because something rather special happened. Well, something I haven’t notice happen before, and I wonder if it’s because I used London Fog (grey) Memento Ink (not  in the Stampin’ Up! catalogue) to stamp the main image and the flowers! Before I explain what happened, I’d like to say today’s card was inspired by a card I saw on Pinterest created by Chris Smith. Thanks for the inspiration, Chris. 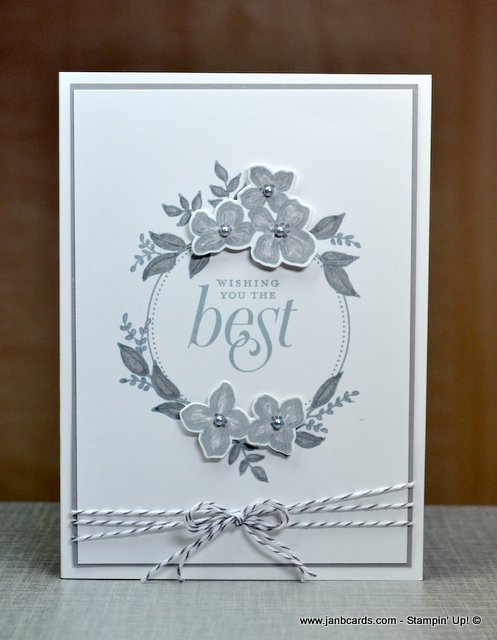 OK, so back to my card. I wanted to colour the flowers with my Stampin’ Blends, but I didn’t want to use Black Memento Ink to stamp the images. I’ve had my London Fog Memento Ink since before my SU days – I joined in March 2012! – and I was surprised that it hadn’t dried out! So I stamped the images in London Fog, and coloured them using my Light Smokey Slate Stampin’ Blend. 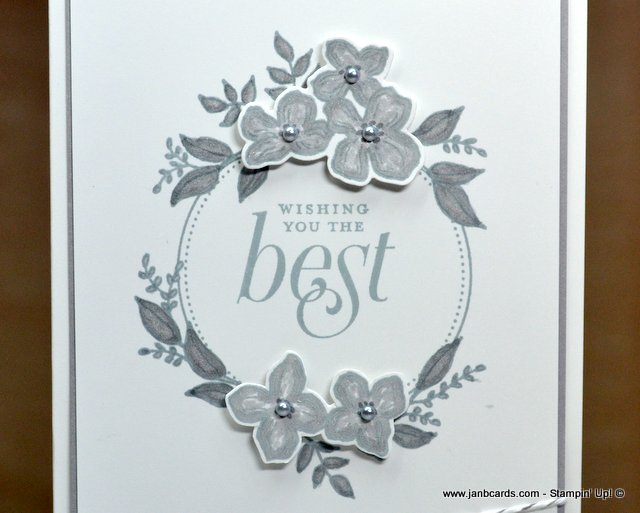 On the main image, I added some Dark Smokey Slate to the leaves, but left the flowers because I would be adding die cut flowers on top of them. Next I used the Light Smokey Grey Blend on the flowers that would be die cut, and painted round the outline of each of the flowers. This left white areas in the centre, and in the middle of each petal. Then I very lightly tapped my Blend on the white area trying to leave some very small white areas exposed. By painting over the flowers, the small lines that were stamped as part of the image, were covered up and became almost invisible. Next I used my Dark Smokey Slate Blend to put some dots in the centre of each flower. 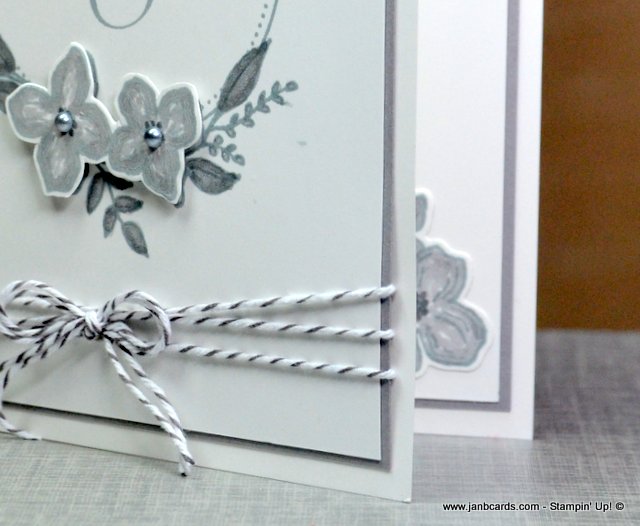 The result can be seen beston the flowers on the inside of the card. I covered most of the dots on the front of the card by adding some Silver Metallic Pearls. After I had adhered the Smokey Slate Cardstock layer to the card base, I added the top layer. Using Dimensionals I added the die cut flowers. 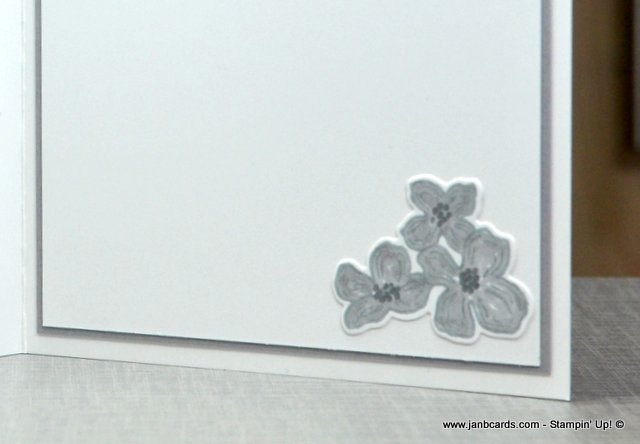 Then the magic happened! I started to paint over the flowers with my Clear Wink of Stella Glitter Pen. As I was painting, the grey lines inside the flower that had been covered when I painted over them, suddenly became visible again. I don’t know why this happened. I can only assume that it happens when painting over Black Memento Ink as well, but it isn’t obvious because it’s so dark. It was certainly fascinating watching it happening! Until I publish the photographs, I won’t know if the lines will show up, so I’m going to finish here, and have a look! I hope they can be seen! I look forward to being back with you tomorrow. In the meantime, happy crafting.