I’ve seen this design of card several times, particularly on Pinterest, but this is the first time I’ve given it a try! And WOW! It’s so quick and easy! The first card I made I used the Light and Dark Flirty Flamingo Stampin’ Blends. I wasn’t sure if I liked it, so I decided to make another one, but using only the Light Flirty Flamingo! My decision is that I really like them both, and I don’t have a favourite! 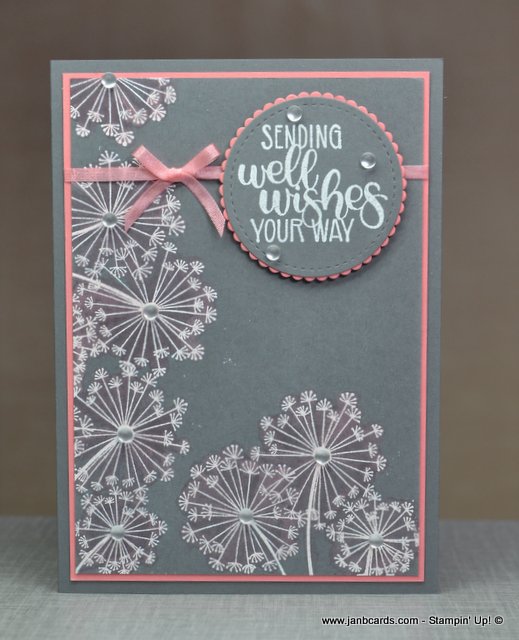 I used Basic Grey Cardstock (CS) for my card base and top layer. For the contrast colour, I used Flirty Flamingo CS. As I was saying on my blog yesterday, until we have Blends in all the colours, we have to check if our chosen colour has a matching Blend before we proceed! Ideally, I would have liked to be able to use Powder Pink, but unfortunately, it wasn’t an option! 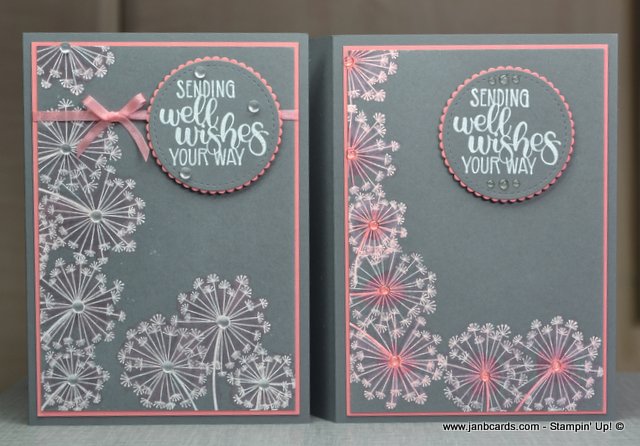 Inside the card I used Flirty Flamingo, and for the top layer I used Smokey Slate. I chose this because it’s light enough to write a greeting on. I didn’t consider Whisper White as an option because it would have been too stark! 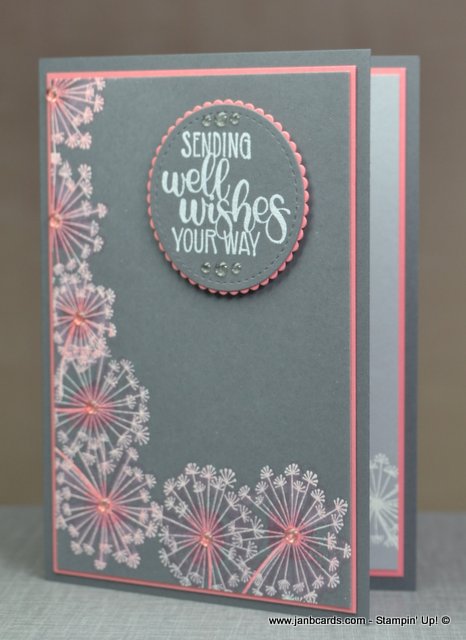 I wiped over the top layer with my embossing buddy to remove static and grease marks. There are two dandelion images in the Dandelion Wishes Stamp Set. I decided to use the stamp that has three dandelions on it. Both of my cards look very different from each other, especially if you look at the different positions of the dandelions. Again, I don’t have a preference. The first card looks more formal with one line of images, whereas the second card starts with the three dandelions at the lower level, as well as half way up the left-hand side. 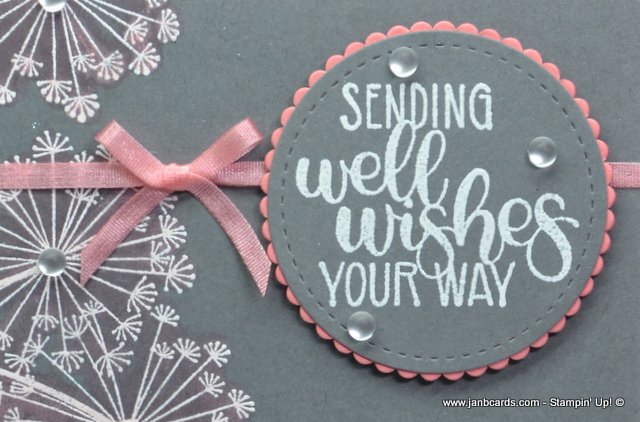 After I had applied the white Embossing Powder and had heat set it, I was ready to start colouring! I started on the insides of the flowers using the Dark Flirty Flamingo. I was surprised how quickly and how easily the white embossing took the colour. After I had finished all the centres, I started working on the outer parts of the seed heads using the Light Blend! It’s not often I make Get Well Soon cards, but they are always handy to have a few around! The sentiment I used is one of three that are in the Dandelion Wishes Stamp Set. 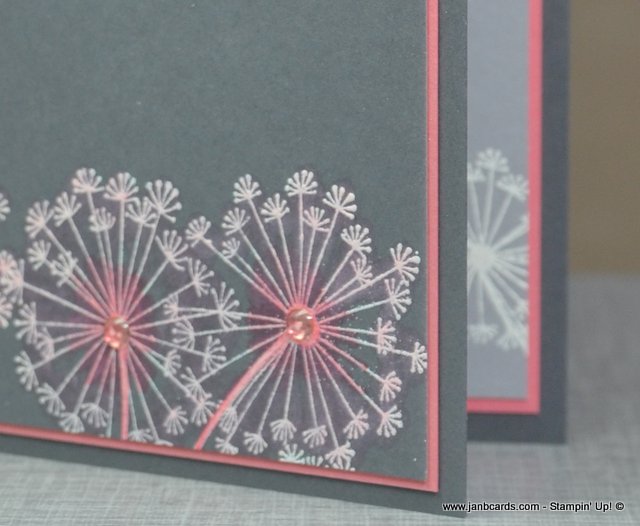 To decorate the inside of my cards, I heat-embossed the top part of the triple dandelion heads in the bottom right-hand corner. I decided against painting the heat embossing because you cannot avoid getting the ink onto the cardstock. It wasn’t so important on the front of the card because it’s a dark cardstock, but I wasn’t prepared to have a go on Smokey Slate! 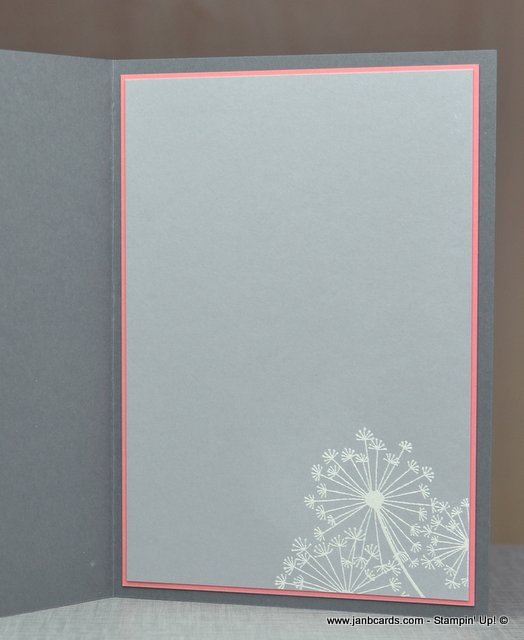 The final touch to my first card was to adhere a Clear Epoxy Accent in the centre of each flower. I can’t remember which catalogue they were featured in, but they are definitely a retired product.  To make the second card a little bit different, I added a ribbon around the top two layers. I tied it in a bow, and positioned it by the side of the sentiment! I used similar Epoxy Elements but these were “frosted” – I’m not sure if that’s what they were called, but it explains how they differ from the ones I used on the front of the card. 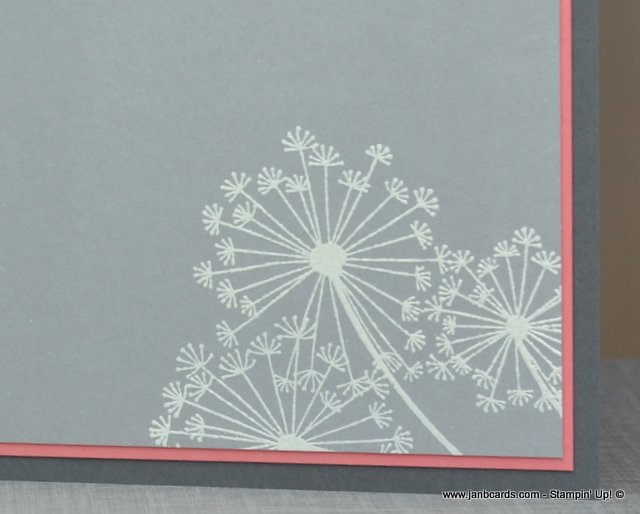 I’m really pleased with these cards, and I think they are cheerful cards which will be very much appreciated by someone who’s not feeling 100%! I hope you’ll experiment with heat embossing in white and then colouring with Blends! Apart from anything else, it’s fun! That’s about it from me today. I hope you have a lovely day, and until tomorrow, happy crafting.