I hope you’re enjoying your weekend, whatever it is that you’re doing. Recently I was asked if I’d make a Swing Fold Card video. I didn’t really know what a Swing Fold Card was, so I searched on YouTube. When I found out what it is, I knew I’d already seen this design before – I just didn’t know what it was called! It’s a delightful fancy fold card and I thouroughly enjoyed making this card. 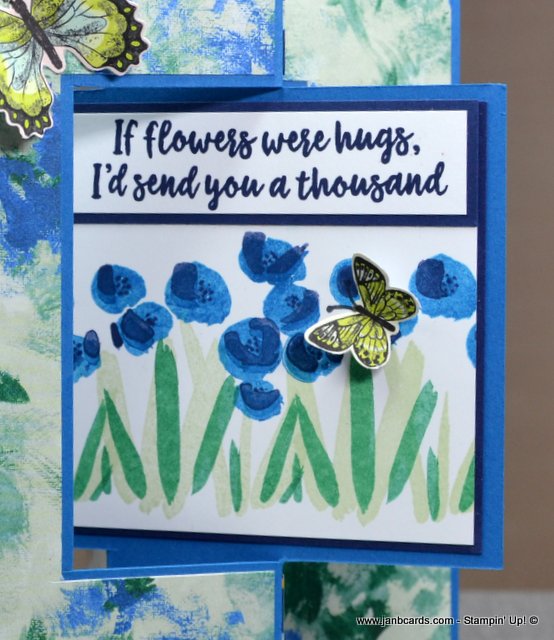 I chose a stamp set that’s being carried forward into the new annual catalogue. You’ve probably heard me say more than once that Stampin’ Up! produced lots of fabulous sentiments in the current annual catalogue! The two that I’ve used for today’s card are both prime examples! 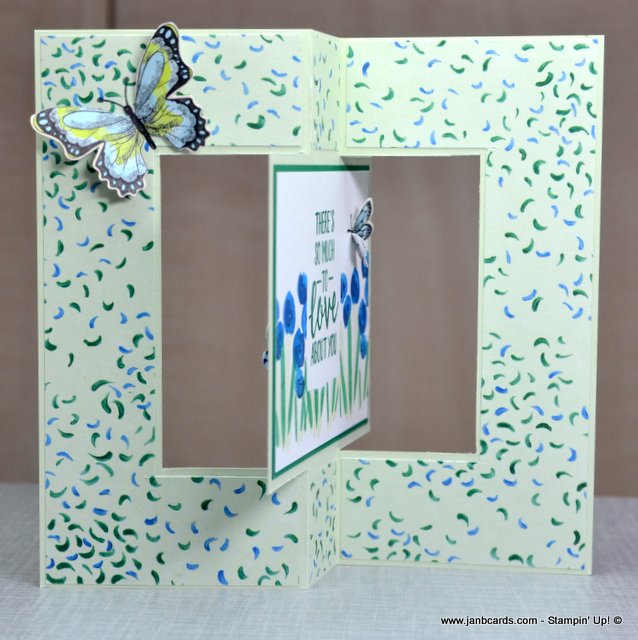 The pink card was my first attempt at a Swing Fold Card. I was trying to work out what sizes cardstock I needed for the swing panel. On the first swing panel, I cut the panels a bit too big. If you have a look at the pink panel which has the “if flowers were hugs” sentiment you’ll see what small edges there are. I made the layers quite a bit smaller for the panel on the back, and which has resulted in bigger edges. It looks so much nicer! You’ll also see the sentiment has been stamped in the correct position! No remedial work needed here! LOL! 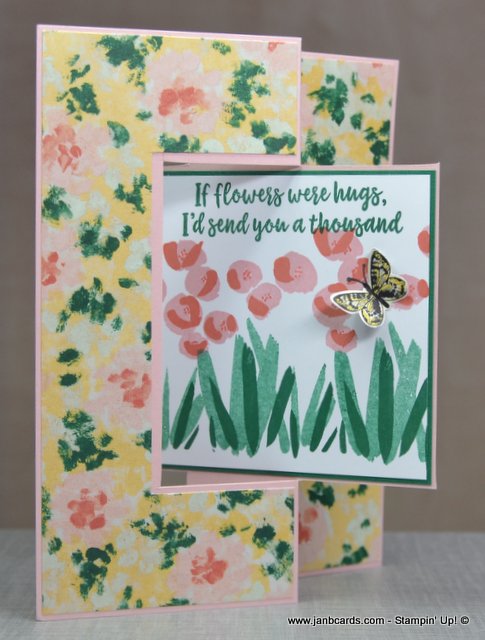 The Designer Series Paper I used for all three cards is called Garden Impressions 6″ x 6″ packs. There are so many designs that I really like in that pack that I shall be so sorry when it retires. My favourite out the the three cards I’ve made is definitely the Pacific Point/Night of Navy card. I think the Soft Sea Foam card would have been better if I had switched the Soft Sea Foam with the Shaded Spruce. The reason I chose the lighter cardstock for the card base was because it would be easier for viewers to see where the cuts were! 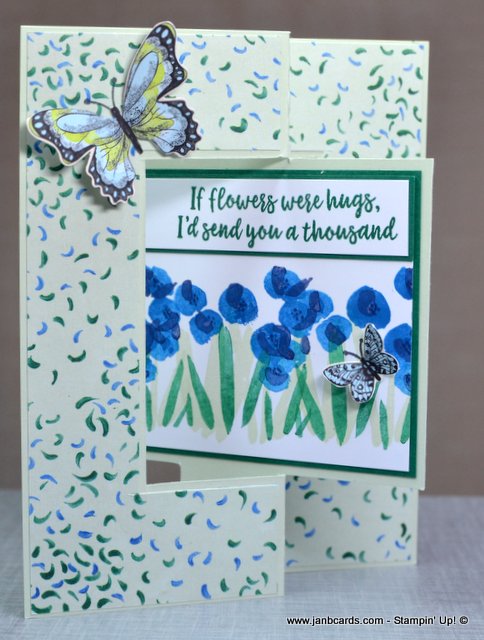 The feature I like best about this card is how I masked the sentiment on the back of the swing panel. It’s such an easy technique which gives great results. It also makes a change for me to mask something other than an image. 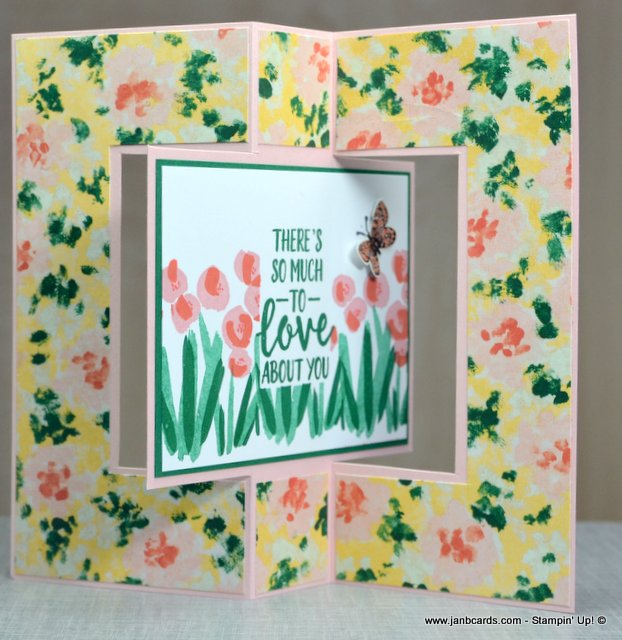 During the video, I explain how I made a mistake with the first sentiment because it should have been stampedto the right hand side. I wasn’t unduly bothered about it because I was able to show how I corrected my boo boo! Would you believe I made the same mistake again while making the video. during the video! Grr! That’s why the two sentiments on the blue flowered cards are on layers and not directly onto the Whisper White cardstock!

That’s it from me today. I wish you a very blessed Sunday, andi look forward to being back with you tomorrow. In the meantime, happy crafting.

Products used: please click on any link to be taken to my 24/7 online Stampin’ Up! shop