Here in the UK today we’re expecting a heatwave, which has spent last week over Europe. Yesterday France recorded its all time hottest temperature ever: 45.9°! I’ve been in some amazingly hot countries and deserts, but I just cannot imagine what that kind of heat must feel like. 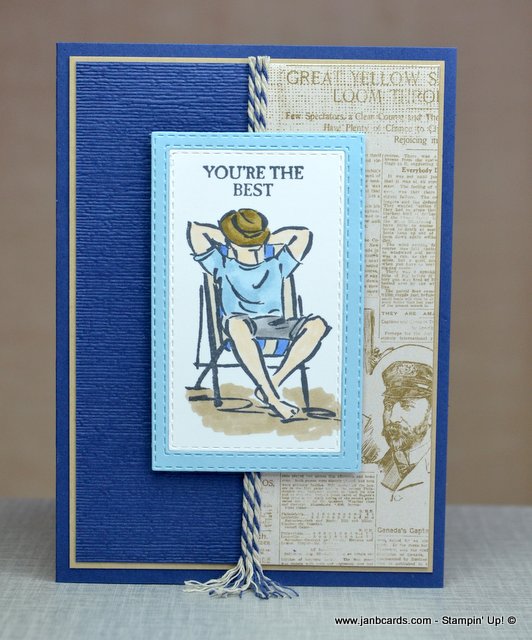 To create today’s card I used the A Good Man Stamp Set. The images are fabulous for using with our Stampin’ Blends, because the outlines are good solid black lines. They remind me of the outlines of the Petal Palette Stamp Set that was in the last Annual Catalogue. The Designer Series Paper (DSP) I’ve used on my card is called Come Sail Away. At first galnce, there isn’t anything about this part of the design that suggests anything nautical!

The card base is Night of Navy Cardstock (CS), and the first layer is Crumb Cake CS. I used the Night of Navy and Sahara Sand Baker’s Twine as an embellishment down the centre of the card.  The first time I tried it, I wrapped it all around three times but I was unhappy with the bump it created under the top two layers. To get over this – sorry about the pun! – it would have been necessary to put the top two layers on Dimensionals. This is something I never do because I don’t like the look of it! 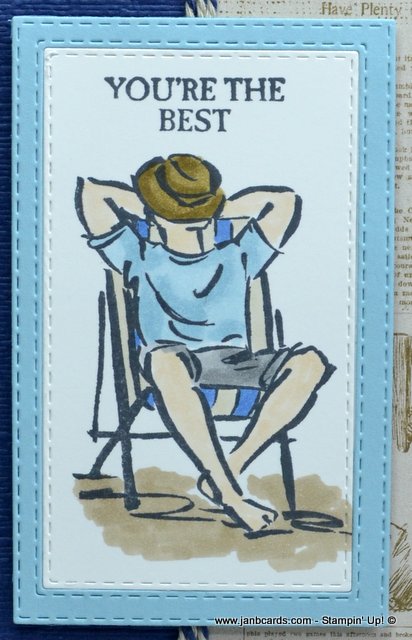 I removed the twine and put a very thin line of Tombow Glue down the centre of the card. After I had gently pressed the first line of twine onto the Tombow, I put a second row next to it, and adhered the second piece of twine. For the third line, I put the line of Tombow down the opposite side of the Baker’s Twine to keep the three lines in the centre of the card front! 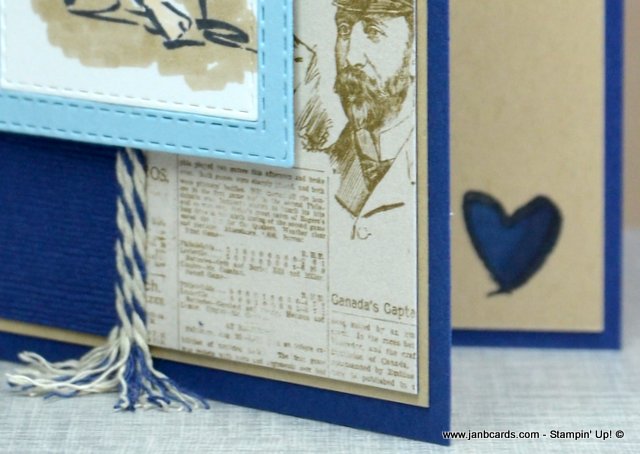 I put me card underneath my self-healing cutting mat for several minutes to help Tombow stick! When I took it out it had adhered brilliantly. I cut the top ends off, but decided to see what the card looked like if I left a small tassle on the base! Once I has trimmed the twine to about an inch long, I unwound the threads and allowed it to just “hang” there. It’s something a bit different, and I like the look! What do you think? 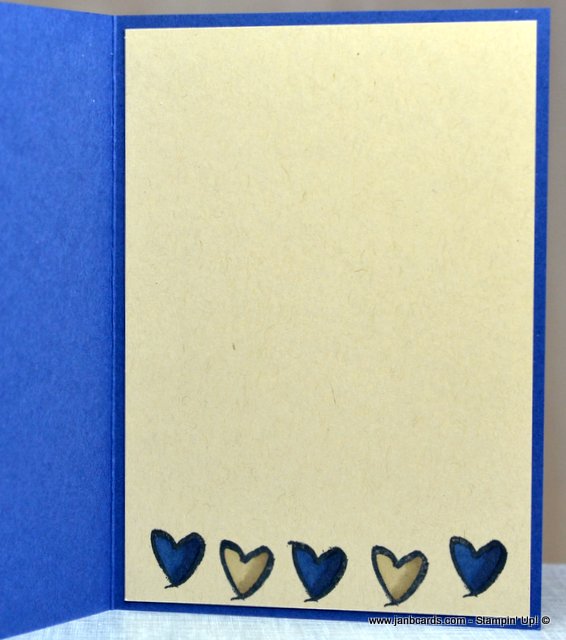 The only stamp I could use inside the card was a heart, which didn’t really inspire me but it partnered the sentiment brilliantly! I stamped and painted five of them – three in Night of Navy and two in Crumb Cake. My reasoning for this was to match the stripes on the deckchair! I know! Was it worth it? On the grounds that I wanted to paint them – I could have left them unpainted! – it was as good an inspiration as any. I’m happy with it! 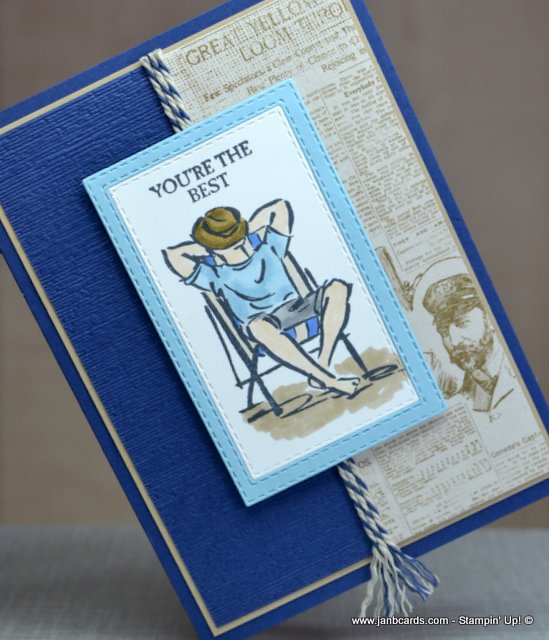 Overall I’ve had a successful week in as much as I’ve made all my Incentive Trip 3D swaps, although they need decorating; and I’ve made all my customer Thank You gifts for June – plus a few extra just in case! – and they need decoarating too! Although I only have until next Friday to get everything ready. I’m quietly confident I’ll do it!

Before I sign off, I would like to say that my thoughts and prayers are with everyone who’s suffering these incredibly high temperatures across Europe. May God keep you all safe.

That’s it from me today. I look forward to being back with you tomorrow, and in the meantime, happy crafting.