Yesterday was our most active day! The ship docked at Katakolon, and we left the ship to do our own thing. 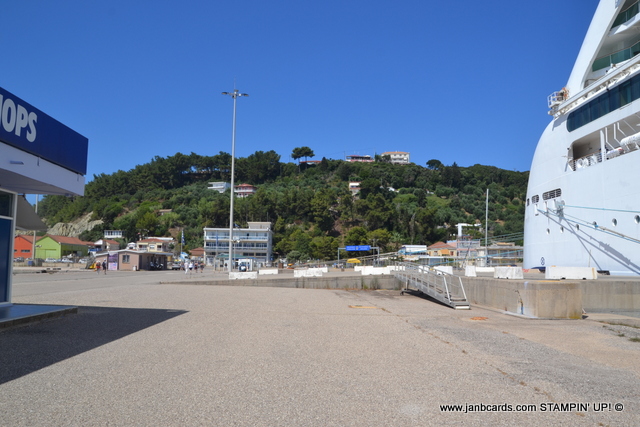 The ship docked at Katakolon

We both wanted to see the first Olympic Stadium – at least the ruins – and where they light the Olympic Torch. The first thing we needed to do was to sort out the train. 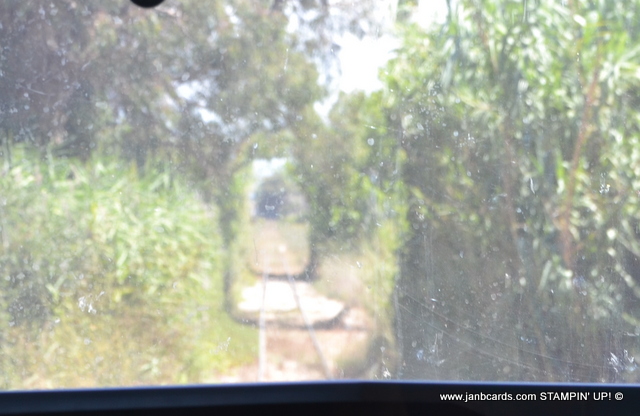 The quality of this photograph is not good, but I took it through two windows on a moving train. I’m sure you can see there’s a lot of grass growing on the track!

When we boarded the train, we sat as close to the driver as possible, so we could see where we were going – if we stood up, that is! This train service is largely a tourist service – although not totally – and this has allowed a lot of grass to grow between the tracks. I have tried to capture this in my photograph! We had about half an hour to kill so we wandered around some of the tourist shops. 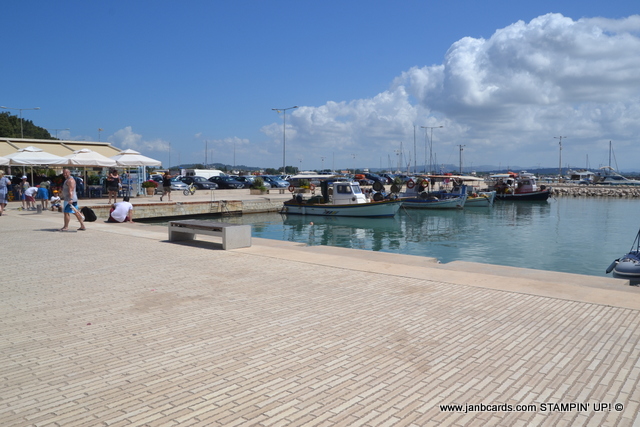 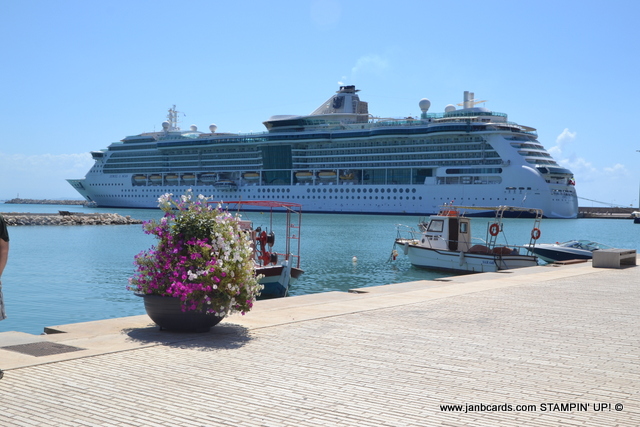 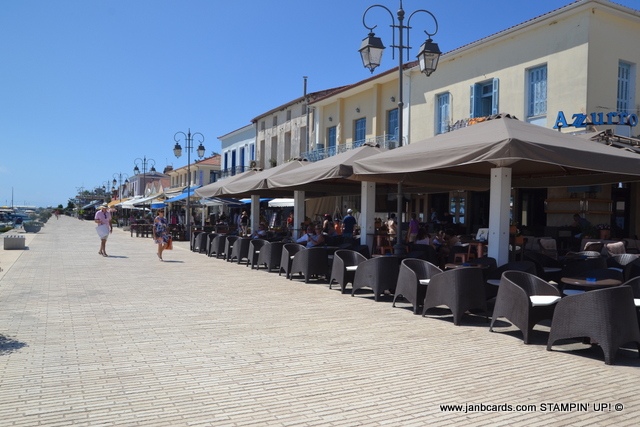 When we arrived in Olympia we walked to the archaeological site and saw the two areas we were particularly interested in. When we were happy we’d seen what we wanted to see, we walked back to the village and had a cold drink and a bite of lunch. 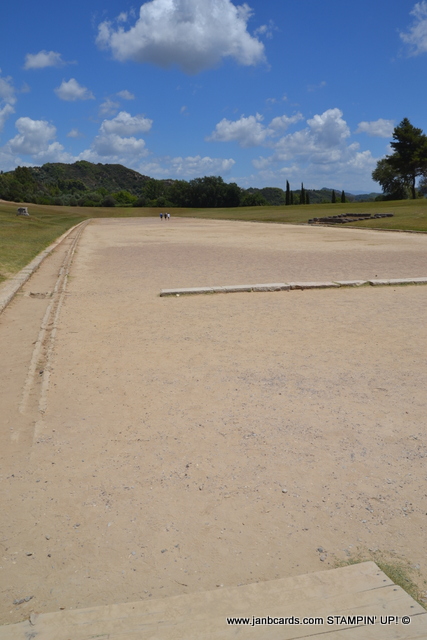 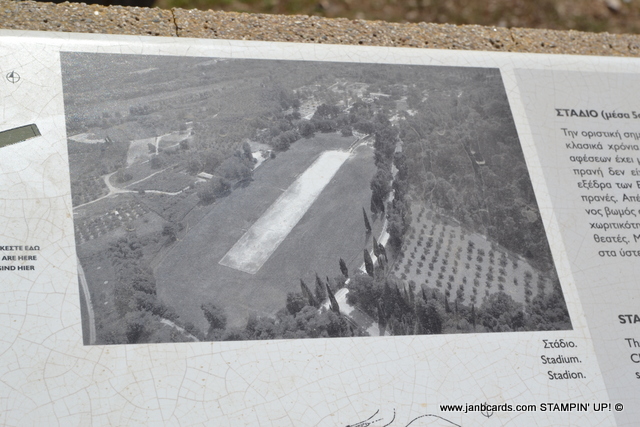 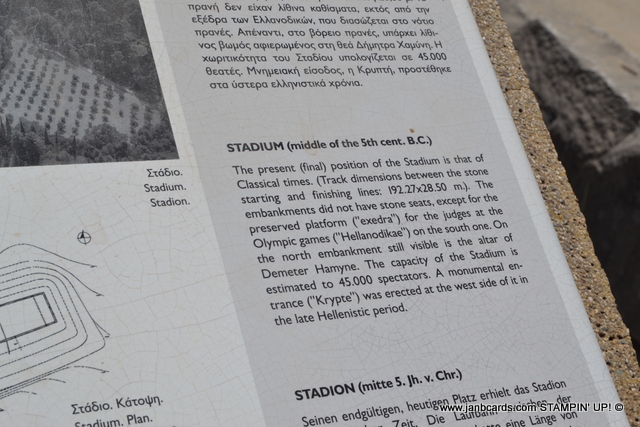 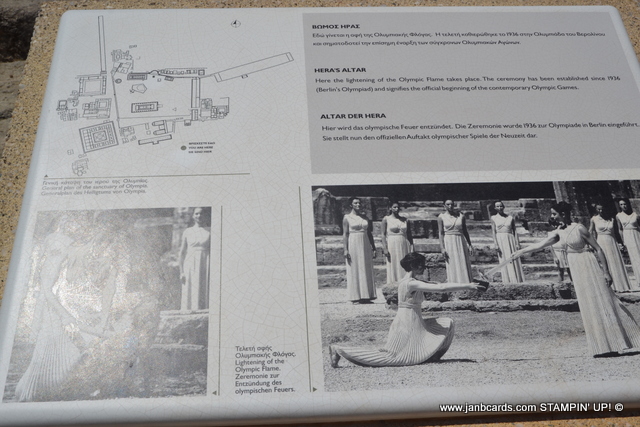 Details of lighting the Olympic Torch 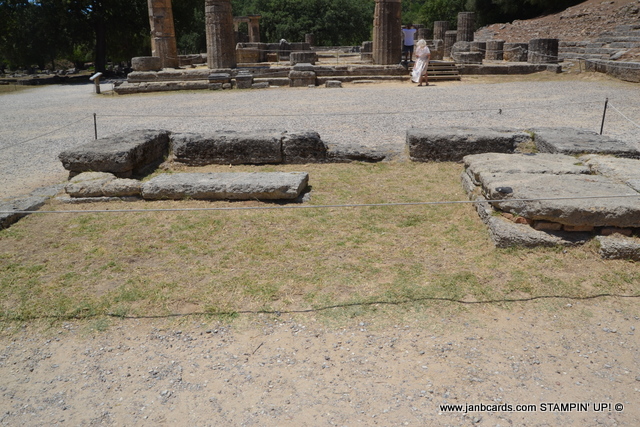 Site of where the torch is lit before being taken by runners to wherever the Olympic Games are being held.

We had five minutes to spare when we arrived back atthe train station to catch the LAST train back to Katakolon – we could not afford to miss this train because it arrived back 5 minutes before the ship sailed. A couple more photographs at the Olympic site. 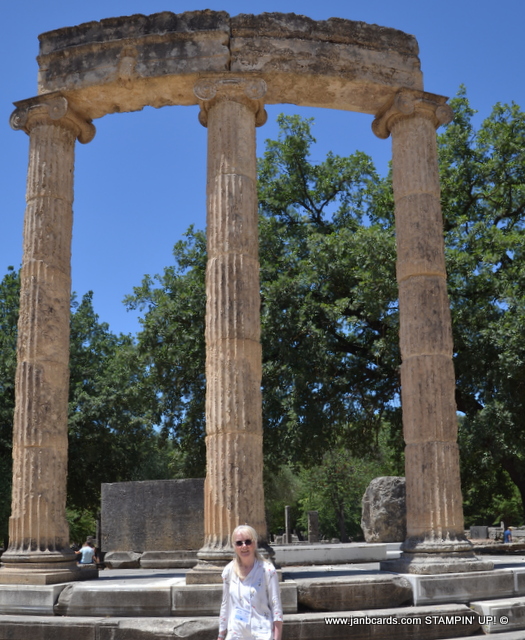 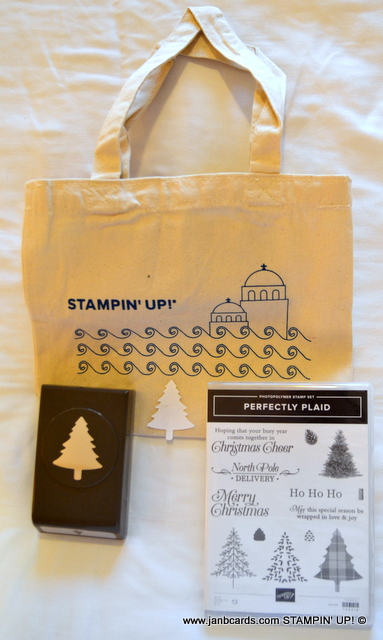 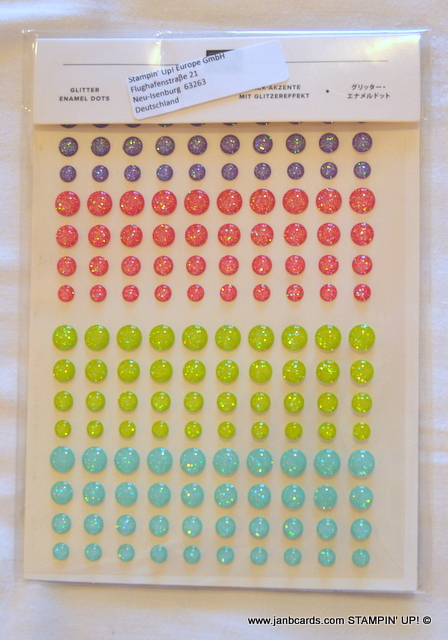 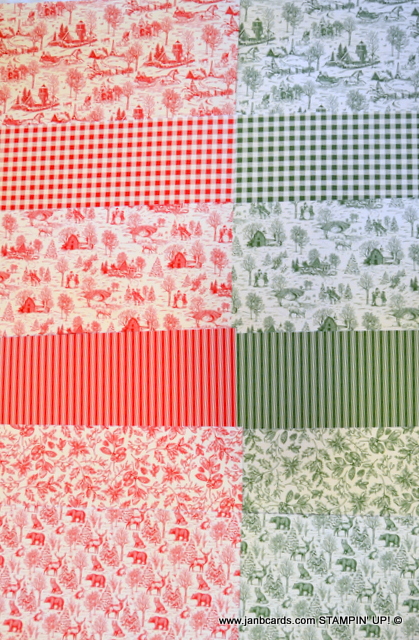 Toile Tidings Designer Series Paper – each sheet has same design on both sides i.e. one side is Garden Green, and the other s Real Red. Plus Very Vanilla. 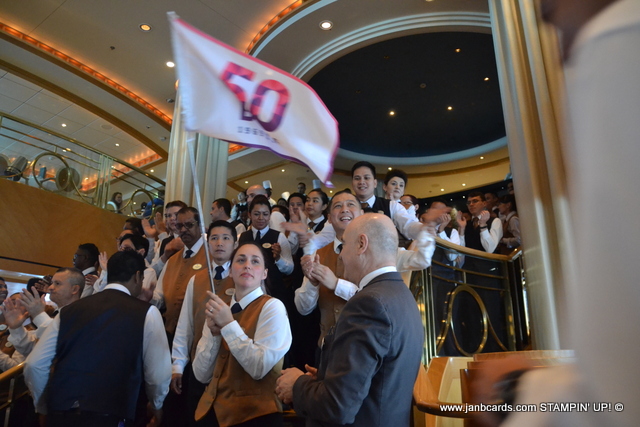 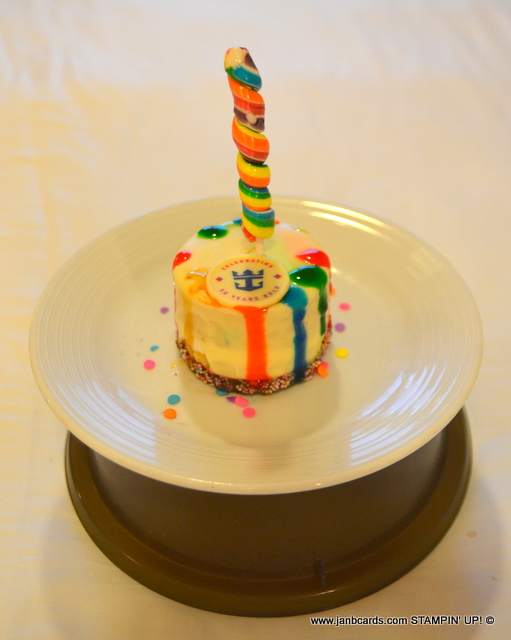 All passengers – except me because I’m coeliac – received one of RC’s birthday cakes. I get to eat the chocolate and the lollipop!

Finally, today’s towel animal we both agree is a bear! YAY! Hopefully I’ll be back tomorrow! Happy crafting. 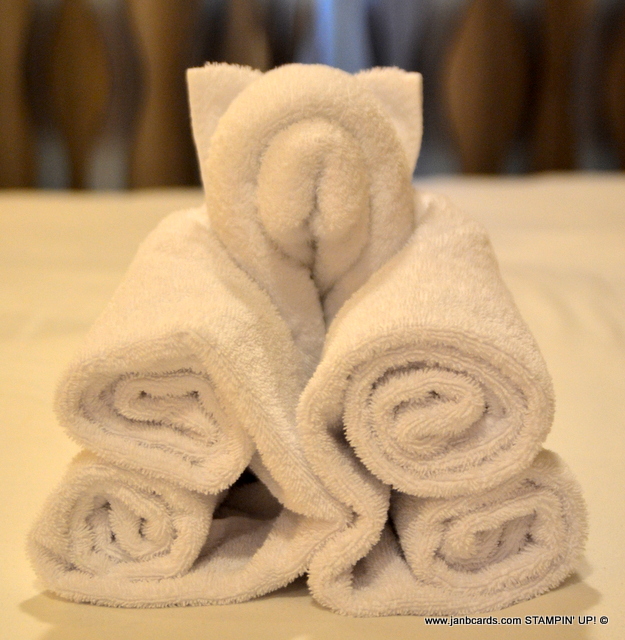