Like so many of my cards, this isn’t what I had planned. The image I had planned for the front, had been added to a layer of Garden Green Cardstock (CS), and was ready to be adhered in place. The image of the tortoise on the front of the card, had already been half fussy cut. I decided to finish cutting it out and use it to decorate inside the card. 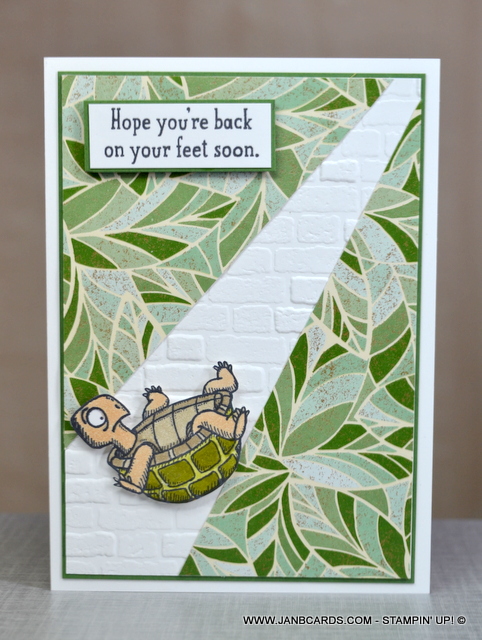 I’ve often admired this card layout – although never made one – because I always thought of a sunbeam. After I had embossed the Whisper White CS layer with the Brick and Mortar 3D Embossing Folder, I finished fussy cutting the tortoise. It just looked as if the tortoise was falling, which went really well with the sentiment about being back o his feet! 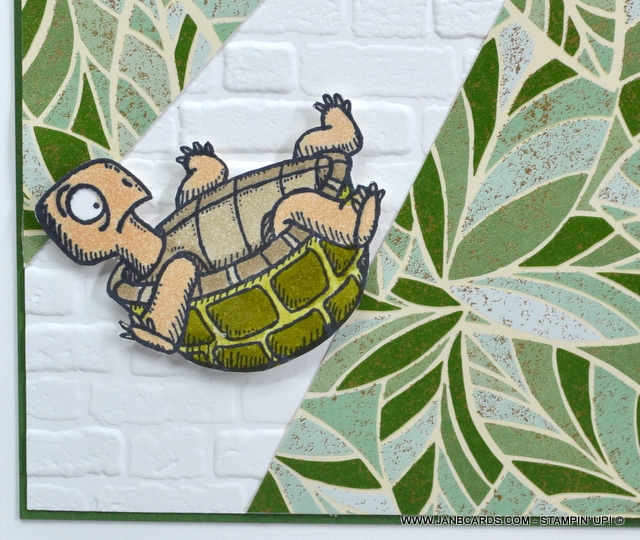 I’ve never seen this style of card demonstrated as to how the sunbeam is actually made, so I used logic. It worked well but all the cards I’ve ever seen with this layout have been made with the sunbeam coming from the left-hand side down to the right-hand side. I don’t think it matters; it looks fine to me!

The Designer Series Paper (DSP) is called Mosaic Mood, and is a specialty pack. Its special feature is that one side of each sheet, has a shiny embossed element to the desgn. I’m not sure if the shine will show in any of the photographs, but I hope it does! The cardstock between the Whisper White CS layer and the card base is Garden Green. 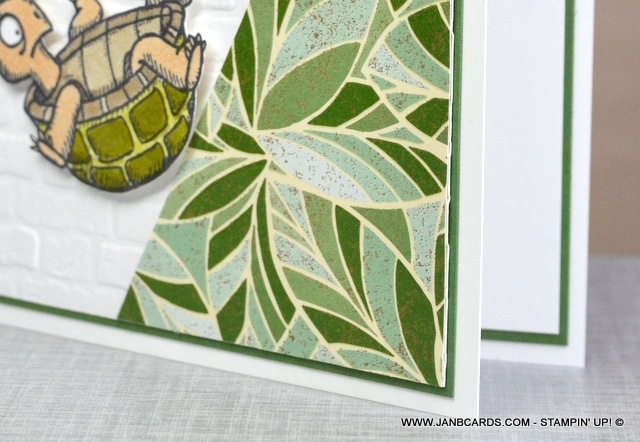 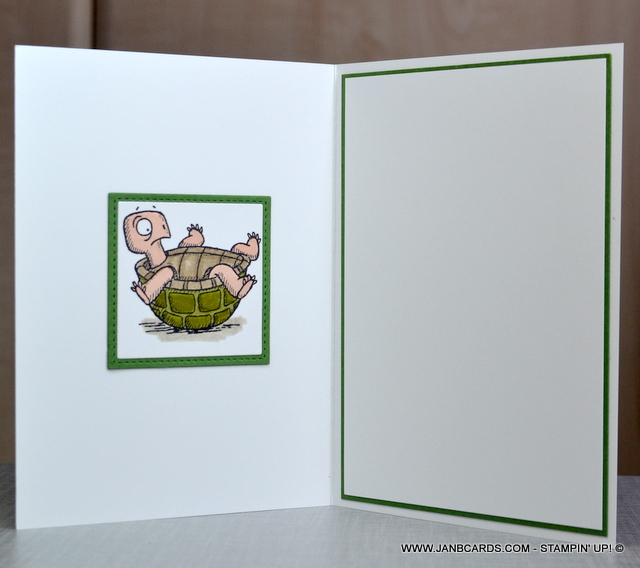 I don’t know if you recognise the tortoise inside the card? It’s the one I’d made for last Sunday’s video ahead of time so viewers didn’t have to sit and watch me doing a lot of painting! I started another a new tortoise and finished off the colouring, after I’d finished the video. It’s not often I make a humourous card, but I hope you’ve enjoyed today’s effort! LOL! 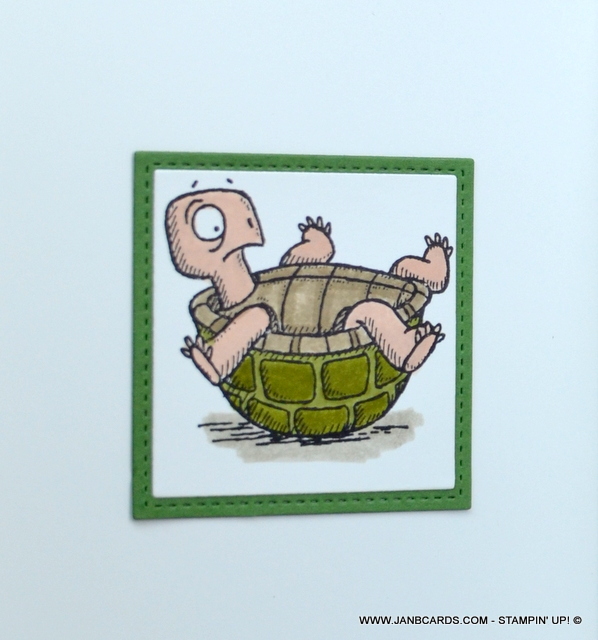 That’s it from me today. I hope you have a fabulous Friday and I look forward to being back with you tomorrow. In the meantime, happy crafting.