A couple of weeks ago I was challenged to make cards for a masculine anniversary, and I was particularly pleased with the card I shared on 17th August.  After I had shared it with you, I made another card but I used Real Red and made it a 40th Wedding Anniversay card. 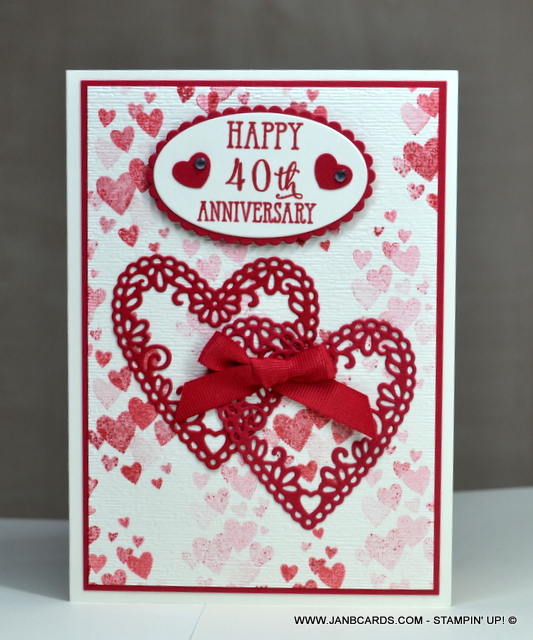 Then I made a 25th Anniversary card which was a great opportunity to use the new Silver Ink that will be available in the Christmas Catlogue when it goes live on 4th September. 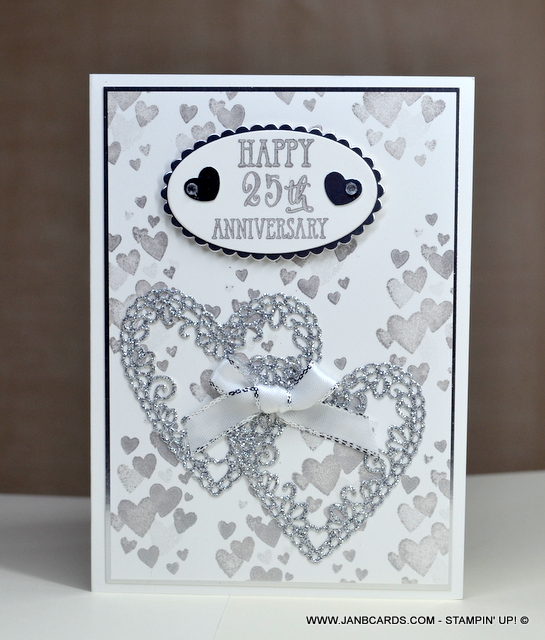 There will also be a Copper Ink available! Did you know that the seventh wedding anniversary is Copper! 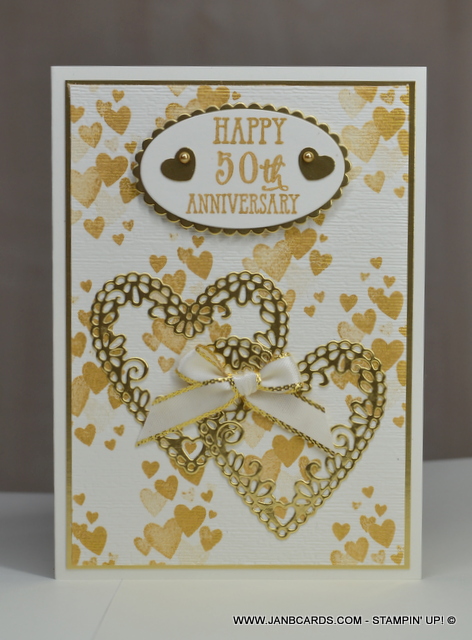 To create the 25th, 40th, and 50th, I used the Make a Difference Stamp Set which has a total of 143 stamps in the set! This is the stamp set I’d used in another masculine anniversary stamp set. It was the one I stamped ANNIVERSARY with one letter in a small heart, which stretched across the top layer of the card when I laid them all out! If you don’t have this stamp set, have a look at it in the annual catalogue!

My wedding rings have been fixed! After Hubby and I had left my rings with the jeweller, we had a lovely day strolling around that part of London. Othman is my own personal guide because he was able to point out a lot of the old buildings, and gave me a potted history it! 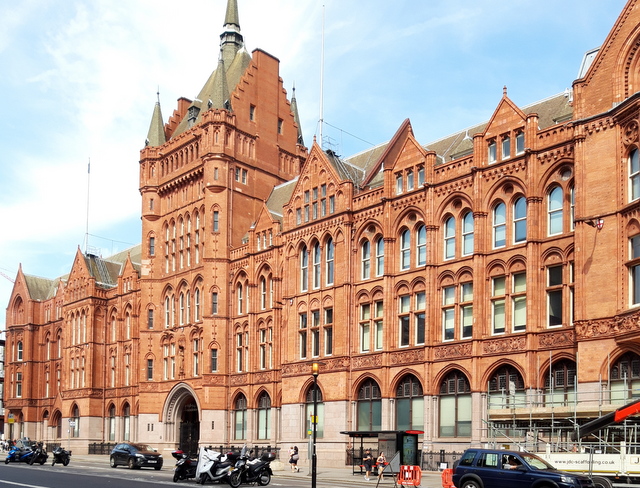 The Prudential Assurance Building. This is a Grade 1 Victorian listed building.

I didn’t think to take my camera with me, but I did take some photographs with my mobile phone. The weather was gorgeous yesterday, and we are expecting more of the same for the next couple of days! Hubby had been given the expression that my rings would be ready in about half an hour but when we dropped them off yesterday we were told a couple of hours! 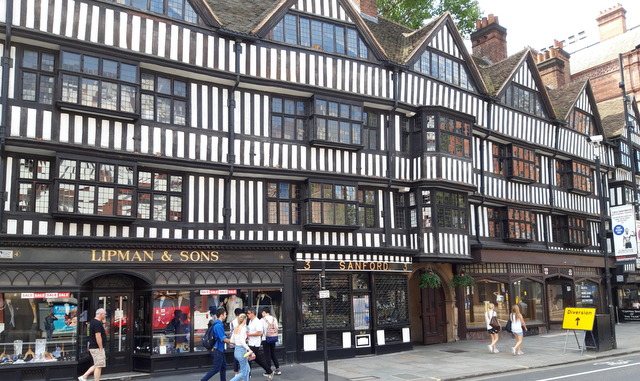 We made the most of the time together and finished up having lunch in a very olde worlde pub. Since I was diagnosed as Coeliac about six months ago, the first question we ask when we go into an eating place is “Do you have a gluten-free menu, please? The menu we were handed yesterday was really impressive! 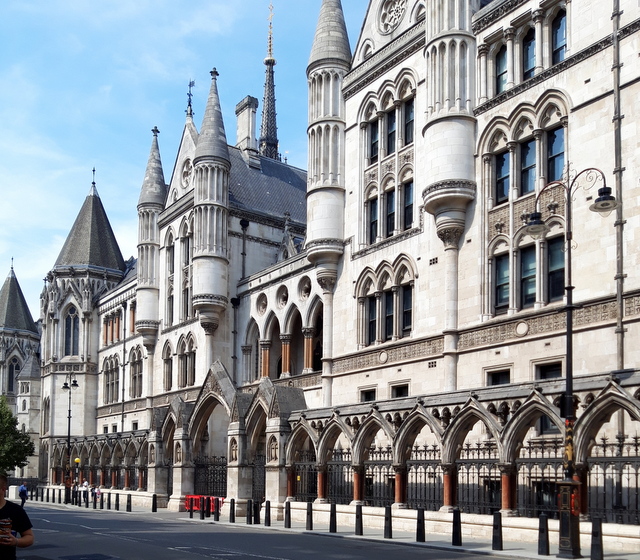 The Royal Courts of Justice. These are the Appeal Courts.

As we were finishing our lunch, Itexted the jeweller to find out how he was getting on. He said my rings would be ready in about half and hour. We decided to have a slow stroll back to Hatton Gardens. I’m thrilled with the workmanship, and it’s great not having to keep slotting my rings back in place!! 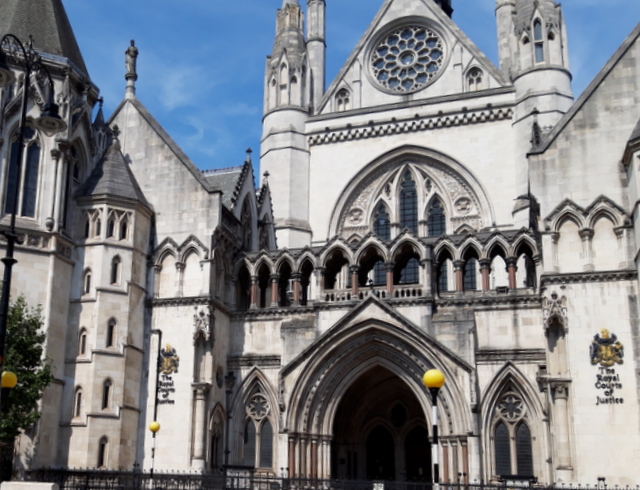 The front entrance to the Royal Courts of Justice

Did you know where Ping Pong was “invented” and when? Accordingto this sign above an eating place we passed yesterday, it was here in 1901! 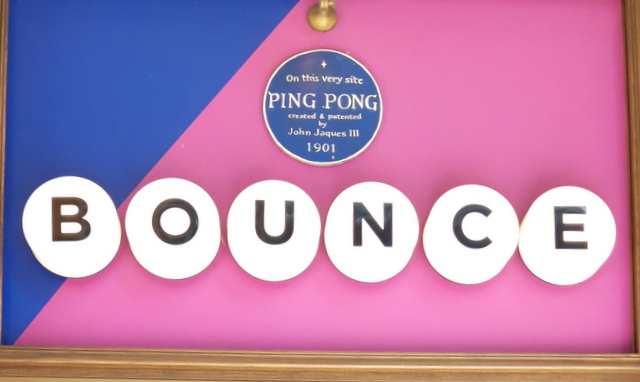 The blue notice reads “On this very site Ping Pong created and patented by John Jaques III 1901. I Googled this and it made very interesting reading. If you’d like to check it out: bouncepingpong.com

That’s about it from me today. I wish you a very blessed Sunday, and I look forward to being back with you tomorrow. In the meantime, hppy crafting.