I’m not sure if it was good news or bad news for me yesterday morning, but my dental appointment had to be cancelled. It’s been re-arranged for 4th September, so I can put it out of my mind for a little while longer! What could be worse than masculine cards? I didn’t think there was anything worse, but there is, and that is masculine anniversary cards!! This is a challenge I was given on Facebook yesterday, and I’m not one to turn a challenge down, but I doubt I’ll be able to do seven of them! Let’s see how I get on! 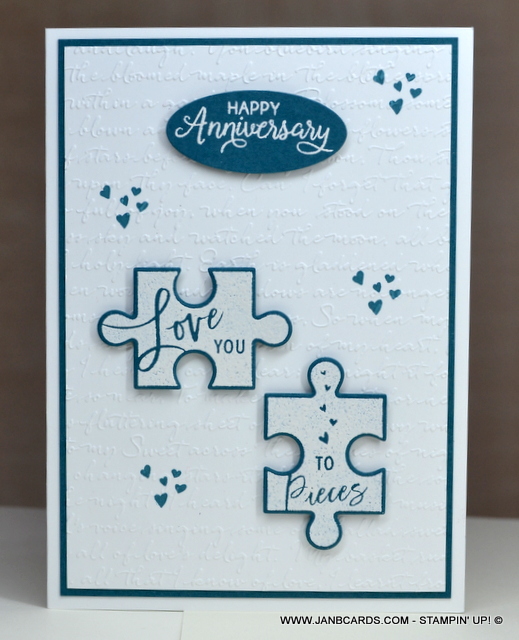 I went through my stamp sets and picked out two that I thought would be suitable. They are Love You To Pieces and Meant To Be. As a newly wed I don’t know what sort of anniversary card is suitable for a man!! Ha! Ha! But I will give it my best shot! I started with the Love You To Pieces Stamp Set, and my first attempt finished in my recycling basket! My second attempt is what you see here! Rather than stamping the puzzle pieces using Pretty Peacock Ink on Whisper White Cardstock (CS) I decided to heat emboss the images in white on Pretty Peacock CS. 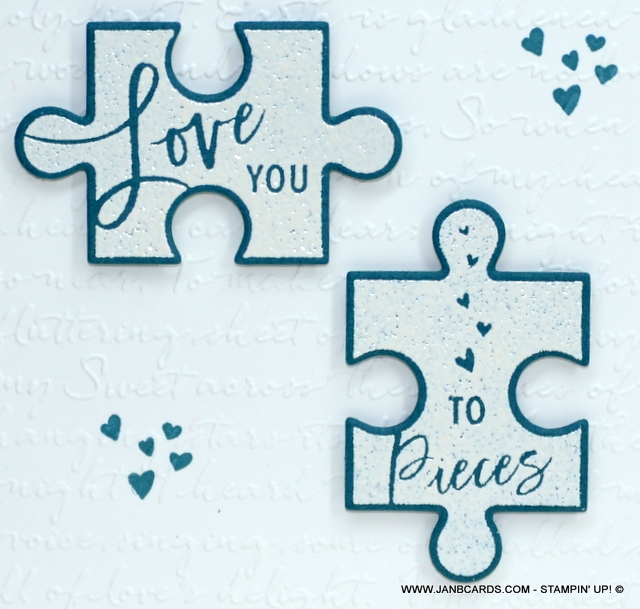 When I was checking through my stamp sets, I also checked for the sentiment HAPPY ANNIVERSARY. I was very surprised to find only two. The one I used for today’s card is from Beautiful Bouquet, and the other one is in Itty Bitty Greetings, but it was far too small. Like the puzzle pieces, I heat embossed the sentiment in white on Pretty Peacock CS. 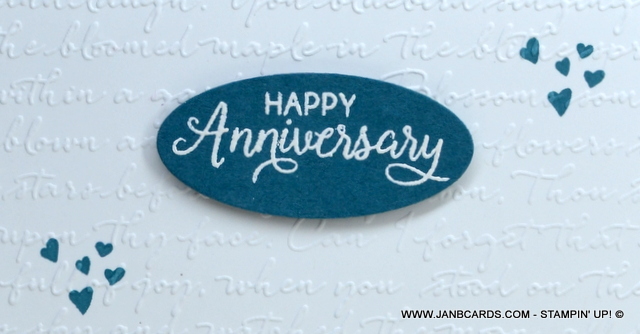 I used the no. 2 straight cut die from the Oval Layering Dies to die-cut the sentiment. Next I started arranging and re-arranging my pieces until I came up with an arrangement I was happy with. Leaving the pieces in situ, I stamped the small group of hearts stamp – from Love You To Pieces – in four places which I felt filled the large blank white area. 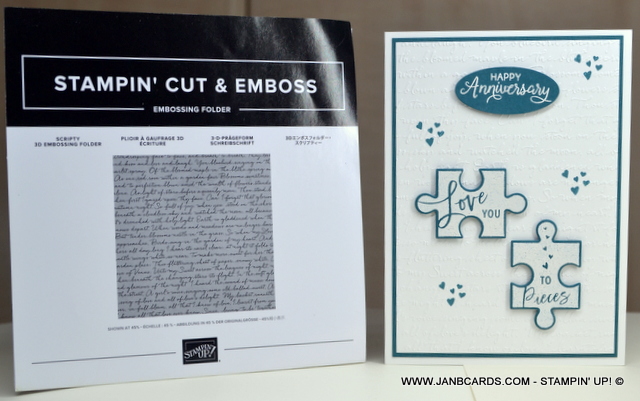 I knew I was going to dry emboss the top layer before I started assembling my card, so the stamping had to be done first. I sprayed my Whisper White CS layer on the reverse side only – unfortunately, I picked up my Stampin’ Mist bottle instead of my water spray! If you’ve ever made this mistake yourself, you’ll know this causes small bumps on the cardstock! 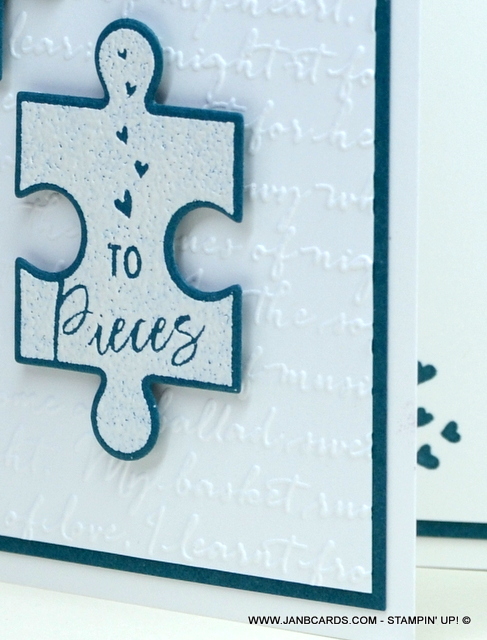 I took another Whisper White CS layer, stamped the four groups of hearts, and sprayed the reverse with water. Next I put my layer in the Scripty 3D Embossing Folder and lined it up, face down, with the line on the front of the folder. As I’ve explained previously, I bought the blue 3D Embossing Folder Plate, and it works brilliantly! It was definitely money well spent! 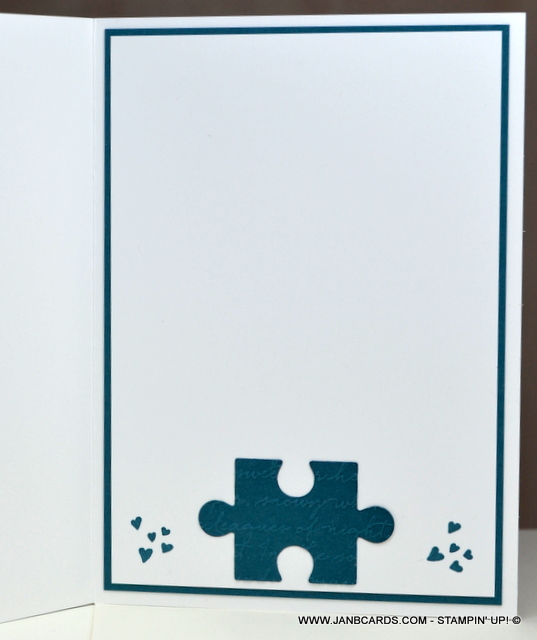 I adhered the sentiment and the two puzzle pieces in place using Dimensionals, and then adhered the layers together, inside and out. To decorate the inside of my card I die-cut one puzzle piece and embossed it with the Scripty 3D Embossing Folder. I would have liked to have adhered it in the bottom right-hand corner, but I had somehow managed to get a small mark of Pretty Peacock Ink which needed to be covered up! GRR! 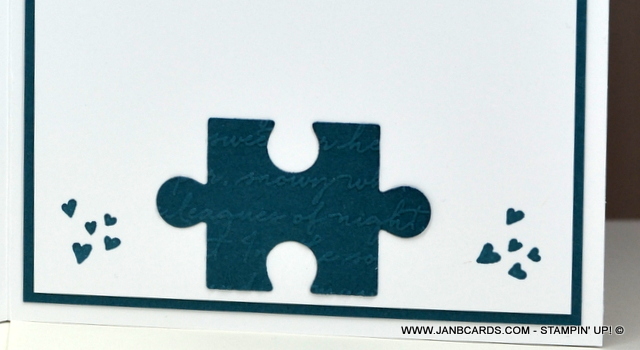 I finished off with stamping the small hearts stamp on either side of the die-cut. As this is a masculine card, I didn’t add any ribbons or embellishments. Hubby has seen it and given it the thumbs up. What do you think? That’s it from me today. I’ll have to start working on tomorrow’s card sooner rather than later to make sure I have enough time! Happy crafting.

Products used: please click on any link to be taken to my 24/7 online Stampin’ Up! shop. Thank you!