Today’s video is the video I didn’t think I’d be able to make before my honeymoon! I made a similar card about four years ago, and decided to make  revamp! 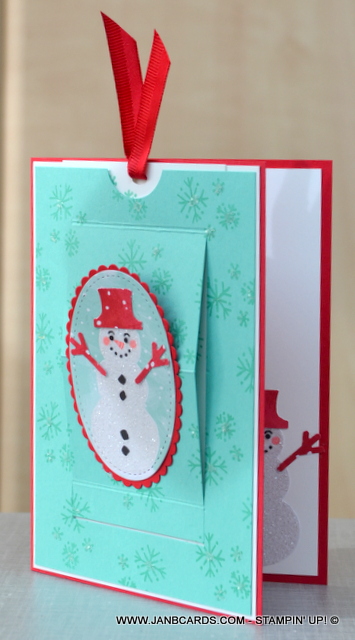 The only real change I made between the first card an the video card, s the bling on the front. 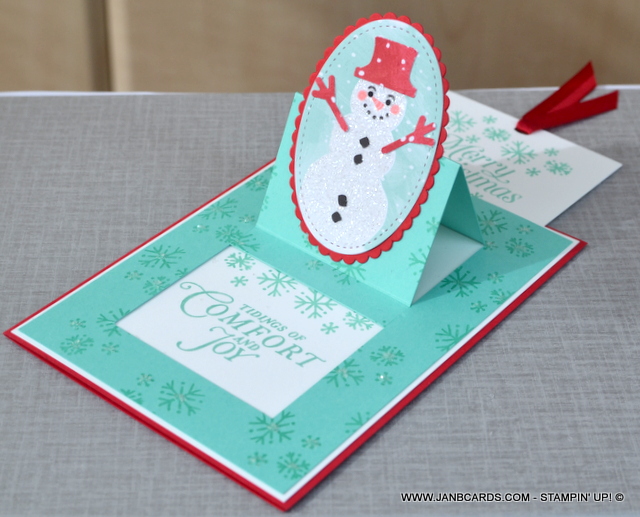 I used Rhinestones on the first card but Ice Stampin’ Glitter on the video card. I certainly prefer the latter; I think because it fits in better with snow, snowflakes, etc.

We had another full day yesterday which started with a bus ride to Kowloon. Our first port of call was the Walled City which shows the history of Kowloon and includes a rock dedicated to Jackie Pullinger. 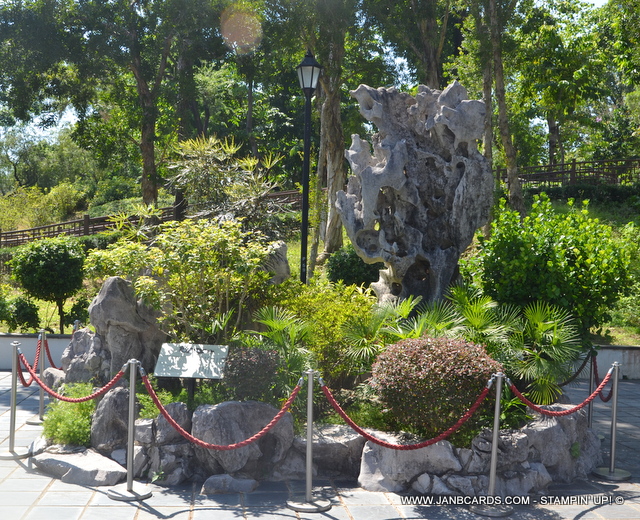 Jackie came to Kowloon as a missionary in 1966, and has since written at least two books, one of which I’m in the middle of reading, called Chasing the Dragon. 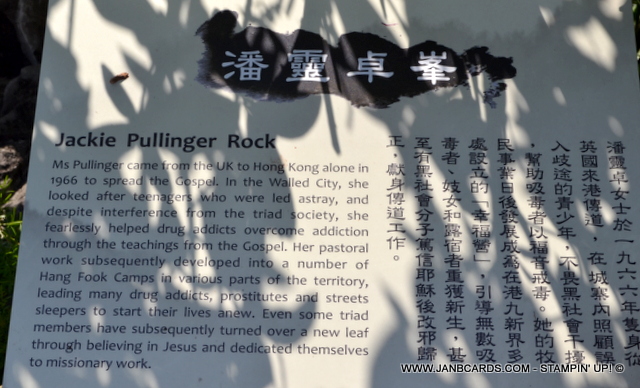 The Walled City is a very tranquil place. We saw two or three groups of people sitting on blankets in the shade, chilling out. I hope you can read what the plaque says in the photograph above. 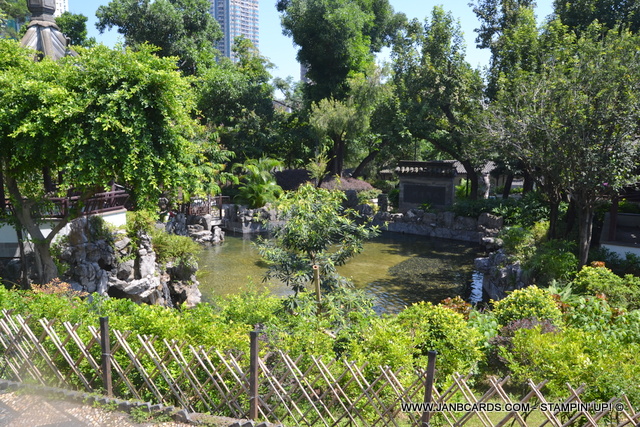 Next we took the MTR (train) to Mong Kok, and visited the Ladies’ Market. There was a great atmosphere there, but like most markets, after the first dozen or so stalls, they started repeating themselves. I wasn’t interested in walking from the start to the end, but I am pleased to have had the opportunity to experience it – it was well worth the effort! 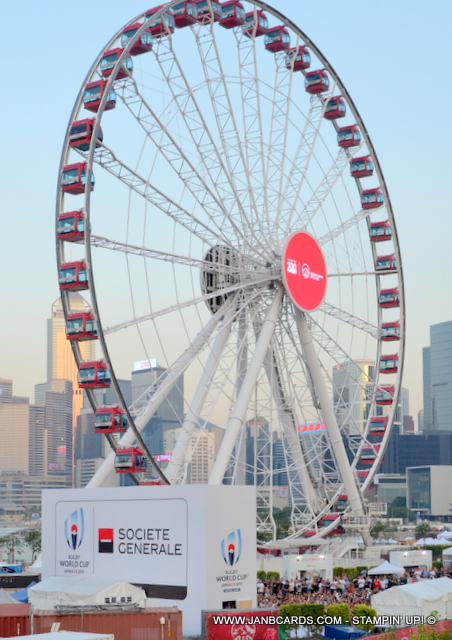 Our next stop was Victoria Harbour where we went on the Hong Kong Obsevation Wheel which has forty-two pods including one VIP pod that has leather seats and a glass floor! We stayed with the regular pods on this occasion! 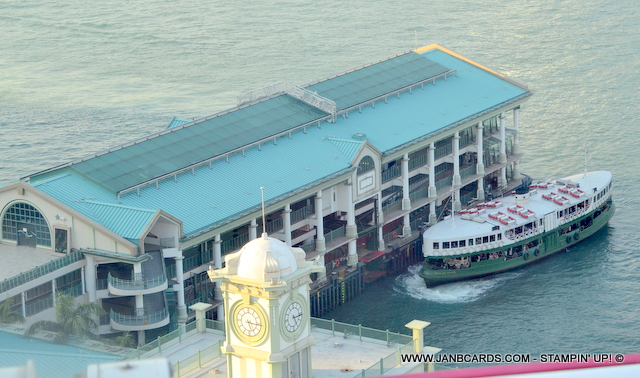 We enjoyed two scoops of delicious gluten-free ice-cream – chocolate, and banana with caramel – before having a ride on the hand-painted horses of the carousel. It was getting close to dinner time, and because we have had problems finding places that serve gluten-free meals, we headed back to our hotel.

I wish you all a very blessed Sunday, and hope to be back again tomorrow, In the meantime, happy crafting.