Our day yesterday started with a train ride to Central. We headed to the start of 800 metres of escalators/walkalators, which is called the Central – Mid-levels Escalators & Walkways. It’s the longest escalator/walkalator in the world. It’s a little bit misleading because it consists of twenty-four sections, with short breaks between each. 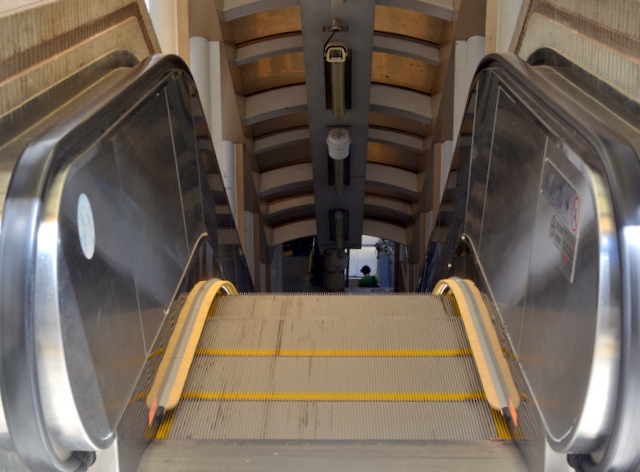 It was built in an attempt to reduce traffic (cars). It failed to achieve this, but it’s a success in as much as, the journey is uphill all the way (more or less)! It’s a walk downhill to get back to the beginning. Our plan, which we stuck to, was to travel to the end, and walk back stopping off at the places we had seen en route. 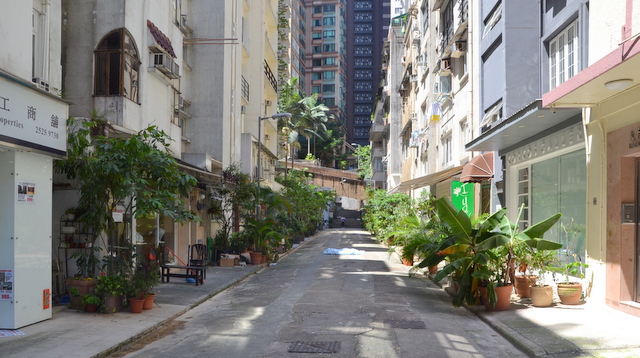 Part of the residential area, which has a surprising amount of greenery. Most of it is in tubs, but it still looks very attractive.

The last four or five sections were residential areas, so we turned round when we reached to end and started our journey back. There were one or two shops we had a browse in, and the first point of interest was a mosque. As we were walking up the steps we saw there were a lot of pigeons on the ground in front of the mosque. 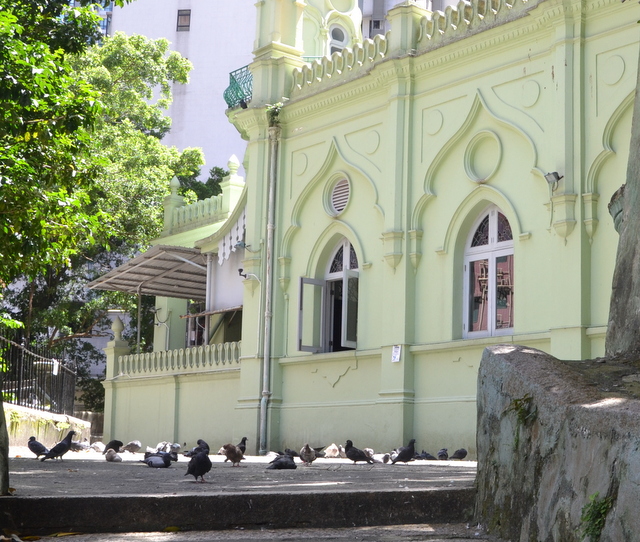 On both sides of the mosque were shrubs and greenery. Had we carried on walking we would have walked through the pigeons – an idea that didn’t appeal to either of us. One of the signs we have seen in several places in Hong Kong tells us not to feed wild birds because of the risk of disease. For obvious reasons, the authorities in Hong Kong take the of threat of bird disease very seriously. 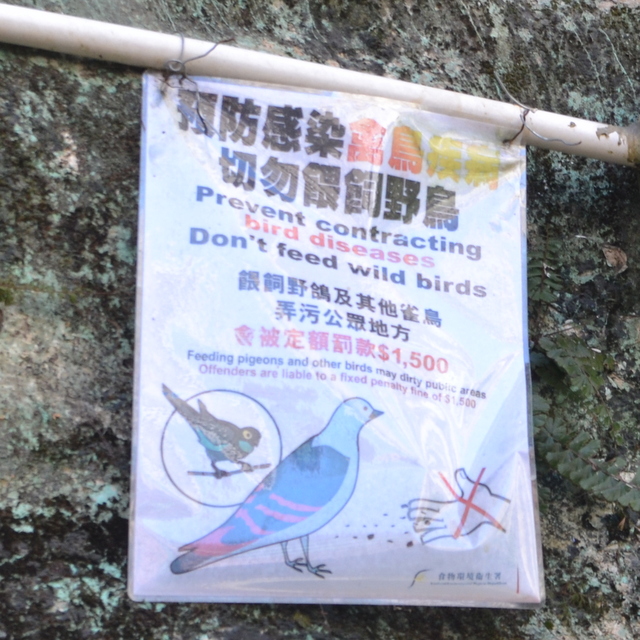 The next point of interest for us was to see Rednaxela Terrace. Apparently, this should have been called Alexander Terrace, but the Chinese workman who had the task of painting the name, painted it the same way Chinese writing is read i.e. from right to left! It was decided to leave it as Rednaxela! 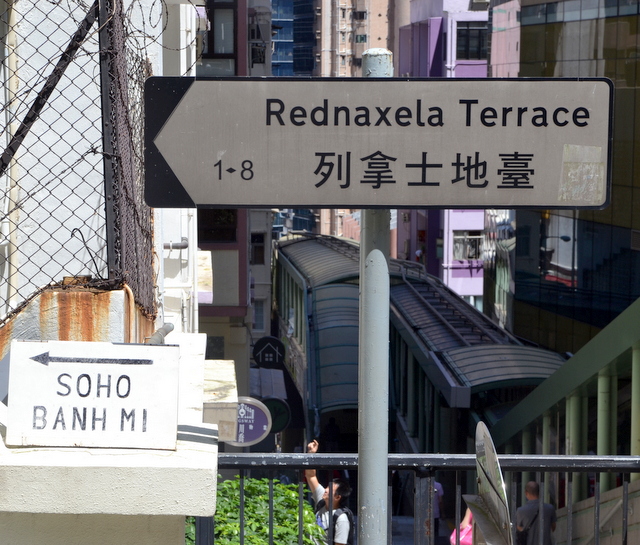 Our next stop was to visit Tai Kwun, which is the Centre for Heritage and Arts. It’s situated at the restored Central Police Station compound, which includes Central Magistrates and Victoria Prison. Our interest was mainly the history and found the prison exceptionally fascinating. 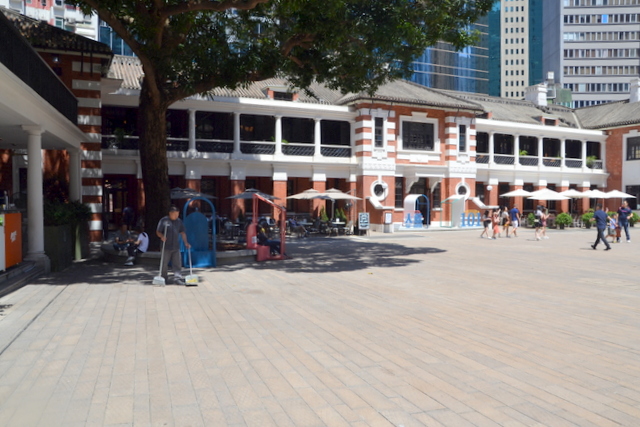 Tai Kwun is very much a work-in-progress, and at present there is no charge for entry. I imagine this will probably change once the Centre is completed, and judging by what we saw yesterday, it’ll be well justified! 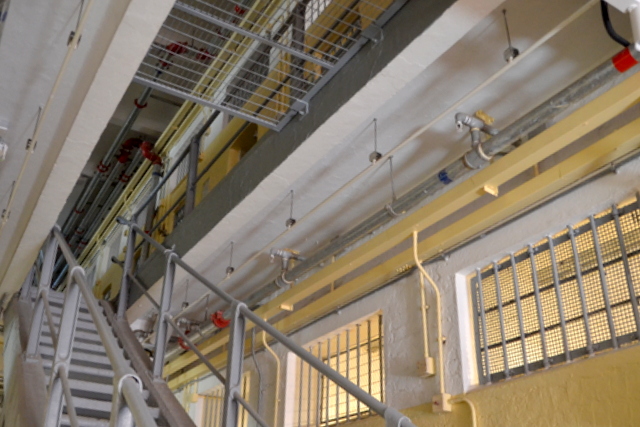 Inside the Prison Block 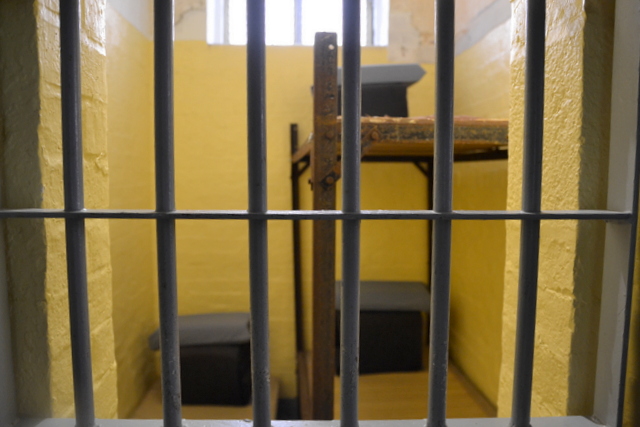 Earlier, as we were walking to Tai Kwun, we passed a Korean Reastaurant that serves vegan and gluten-free meals, which is where we decided we’d have lunch. This was only the second day we’d eaten at lunch time because we could’t find somewhere that could serve gluten-free. On the other days we went without lunch. With temparatures up to 32°C we concentrated on drinking as much water as possible. 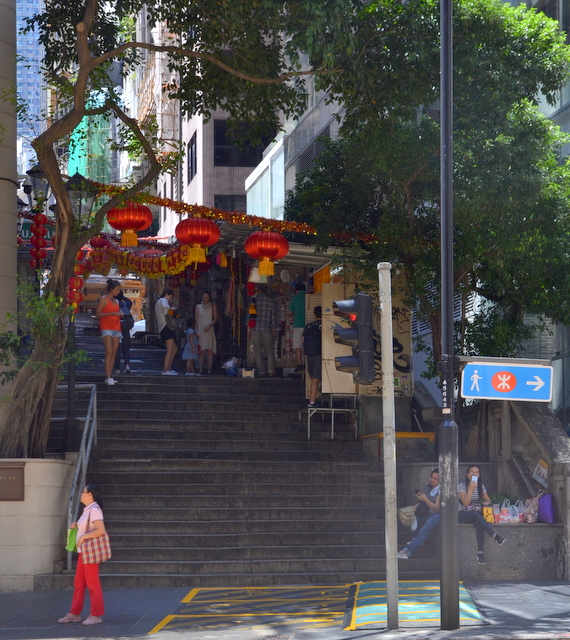 After a very enjoyable lunch, we started to make our way back, stopping off at Graham Street to walk through the market. Our final destination for the day was the CN Centre, which was a large arts and crafts, and office stationery shop. Needless to say I spent a long time looking around in this store but there wasn’t anything to tempt me to put my hand in my pocket (to buy anything)! 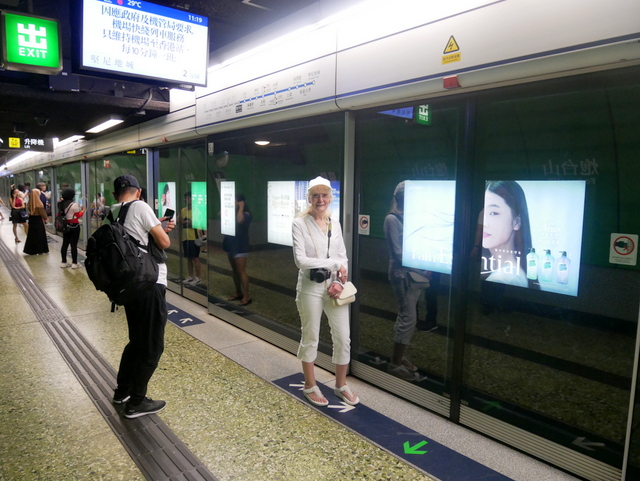 As we’d had such a late lunch, we couldn’t eat another large meal, so we bought some gluten-free snacks and a delicious lychee pudding for supper. Today we’re off to Macau, and I hope to be back with you tomorrow. In the meantime, happy crafting.