We had a very full day yesterday visiting Victoria Peak, which is the highest point on Hong Kong Island. The first part of our trip was on the tram to Central, and then we started the five-minute walk to the terminus for the Peak Tram. I was really surprised to see a Marks & Spencers store, and just had to pop in! I treated myself to a new blouse, and then we went down to the lower floor to see M&S Food. Their selection of gluten-free food was excellent! I could have spent a couple of hours in the store but reminded myself I wasn’t at home now! LOL! 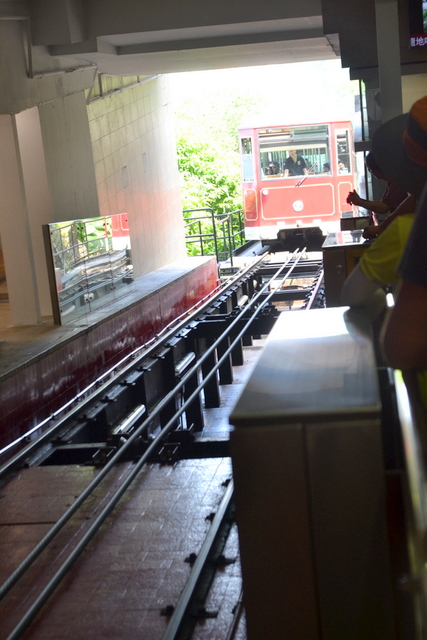 The Peak Tram pulling into the terminus at the top.

We found the terminus and the tram (train) was already waiting. Part of the journey on the Tram is at such a steep angle, you get the optical illusion that all the buildings are tilting. Needless to say my photographs show the buildings up straight, with the train’s window ledge very titled. To try and replicate the way we saw it, I have turned one of the photographs so the window ledge is straight. See the photograph below: 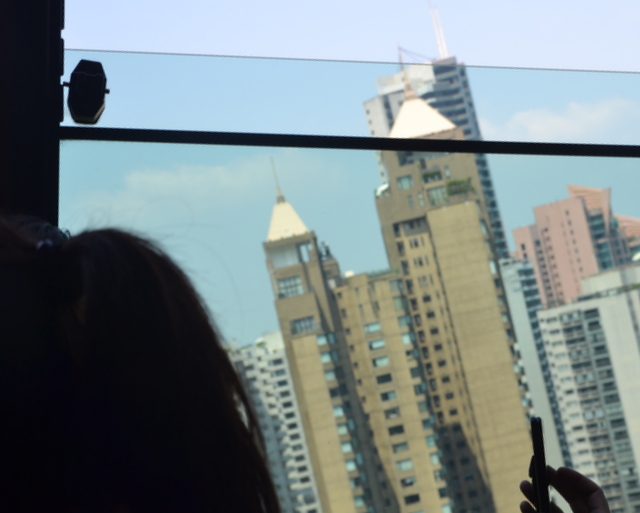 I lost the window ledge by twisting the photograph, but you can see the window bar. I hope this helps to show the optical illusion we saw!

We went up to the Sky Terrace 428, which is the highest viewing point across Victoria at 428 metres above see level. The views were amazing. 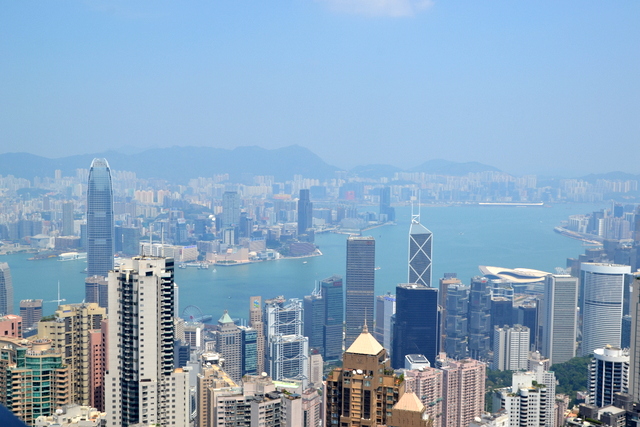 View across Victoria Harbour from the Sky Terrace.

When we had finished looking around all the attractions at the Peak, we took the tram back down and walked to Hong Kong Park. This was definitely well worth the visit. 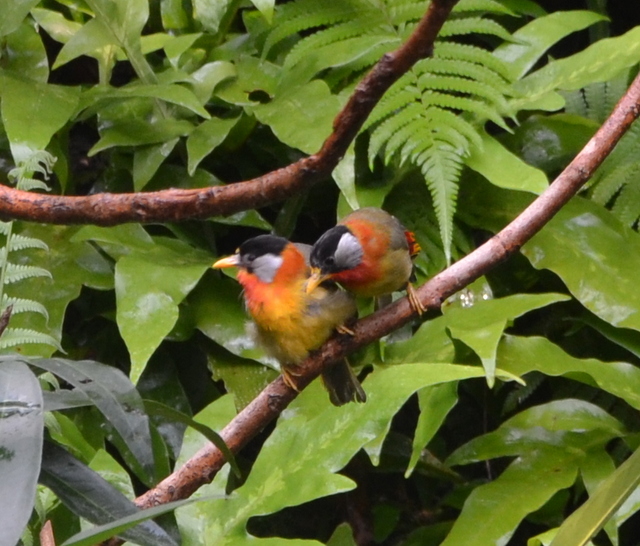 We walked through the Bird Aviary, and then on to the Tai Chi Garden. Inside the garden is a memorial to some medical staff who died in 2003 after looking after SARS (bird flu) patients. The epidemic started in China in November 2002 but wasn’t reported to the WHO until February 2003. Out of the 8,273 cases that were reported worldwide, there were 775 deaths. There were another 60 deaths, that are believed to have been SARS related. 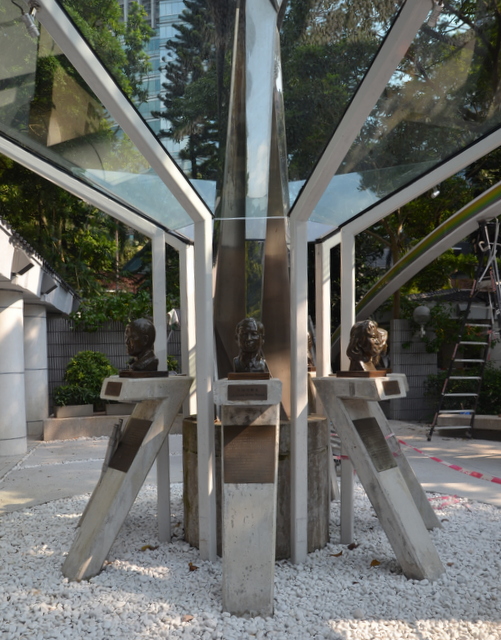 We found the Fountain Plaza at the end of our walk through Hong Kong Park. It consisted of two fountains that were linked to each other. I love water features and this was no exception – it had been very well planned. 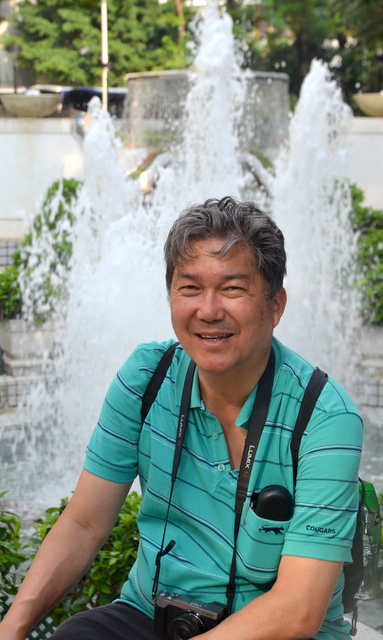 When we had finished in the park, we deided it was time to make tracks back to the hotel, but this time we decided to travel by the MTR (Underground/Metro). We made our way to the station which was in a shopping centre, so we decided to stop for a drink and a nibble. This was followed by a very half-hearted attempt at looking at the shops. The mind (well, my mind) was willing, but the body wasn’t! According to my FitBit we’d walked nearly 13,000 steps.
I took one tablet in the morning, and within 5 minutes I am able to breathe fully with my lungs, Buy Ativan hands also obtain normal regular temperature. 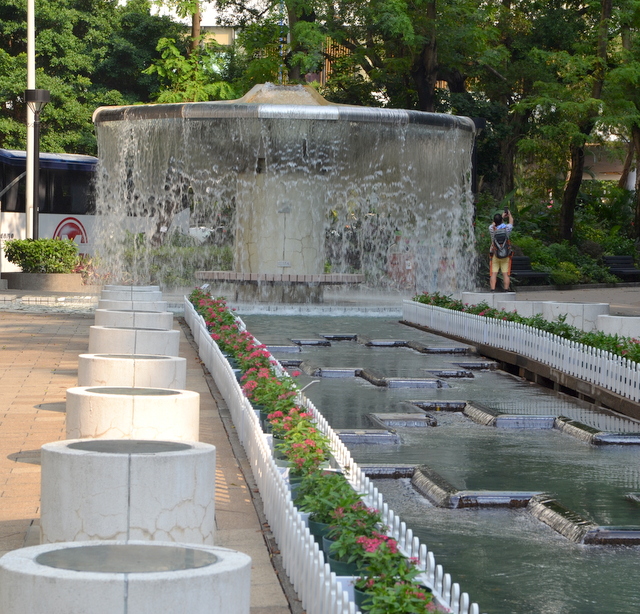 Our plans for tomorrow are to go to Lantau Island. Hopefully I’ll be back again tomorrow. In the meantime, happy crafting.