I hope you had a great relaxing weekend. Yesterday, Hubby and I went to Vicki and Leigh’s for Sunday lunch. It was also our first opportunity to meet the latest three additions to their family, i.e. three chickens called Jalfrezi, Piri Piri and Nuggets (not Nutmeg as I said yesterday!). To me, hens are hens and they lay eggs, but now I have met these three, I think they are such adorable creatures and can be so funny! 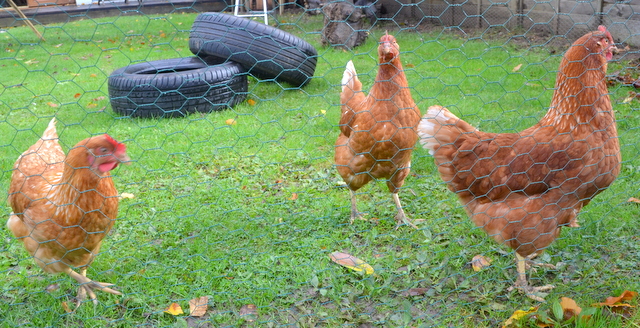 Leigh has built them a coop in one of the trees, with a ladder that’s strong enough for the hens to walk up, but would collapse under the weight of a fox! In the coop, Leigh has also set up – using guttering – a feeder that keeps a constant supply of food available, whilst keeping it all dry. There are also protective “collars” around the tree trunk and wooden coop support, that prevent tree-climbing predators from reaching the hens. 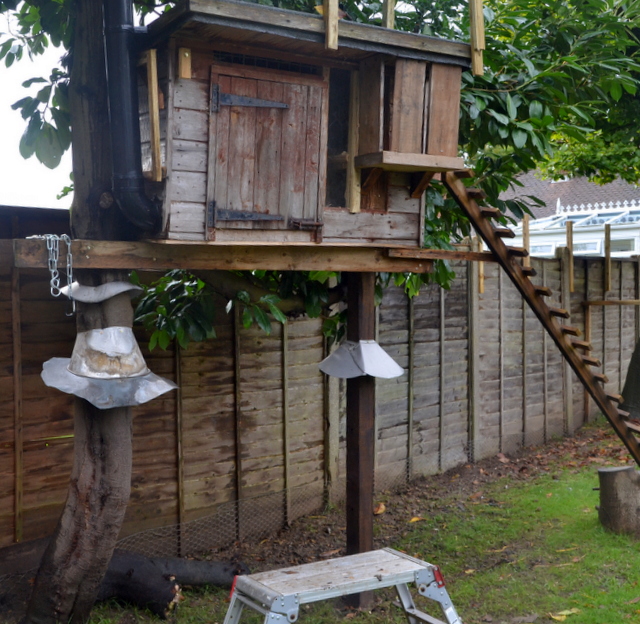 Notice the ladder that leads up to the coop, and the collars around the tree and wooden support for the coop.

Vicki and Leigh did a lot of homework before they bought the three hens, and found out they like to rummage through undergrowth, climbing, swinging, and being kept amused! Leigh has also built a “climbing frame” which has two swings attached to it. They have the run of half the garden and are true free range hens. Yesterday was the first day I’d ever picked up a hen, and although it was fairly light, it was heavier than I expected. Leigh has even fixed a hand-sanitiser on the wall by the door where you go back into the house. Well done, Leigh, I think you’ve thought about everything! xx 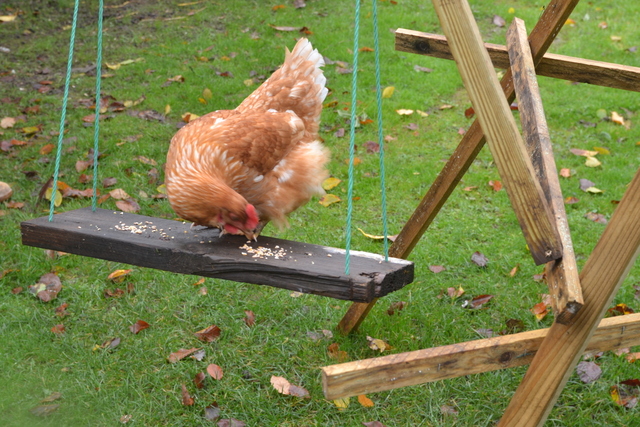 Nuggets eating on the swing on the climbing frame. 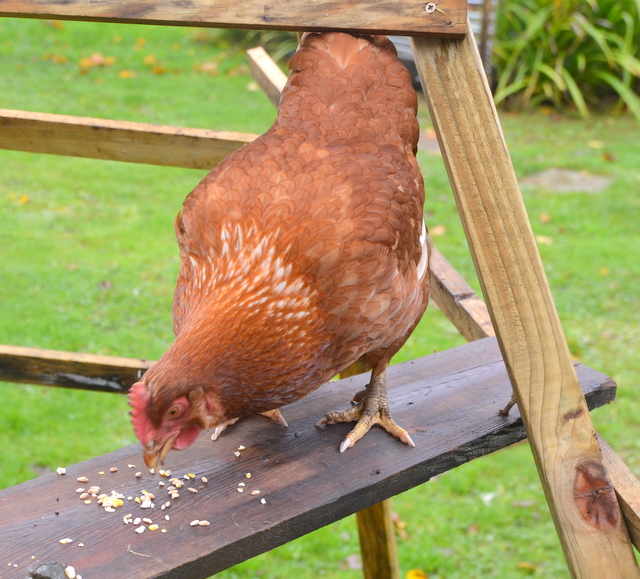 Jalfrezi snacking on the climbing frame. 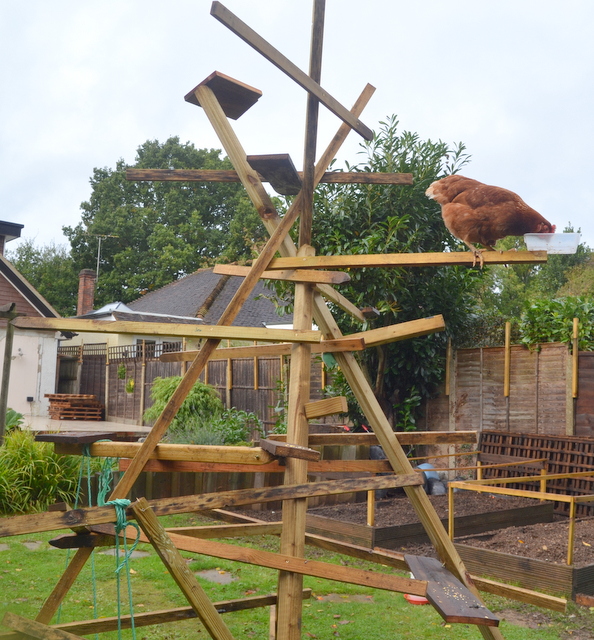 Jalfrezi is quite happy going up high if there’s food there!

As we were out yesterday, I didn’t have any time for crafting, so I don’t have a card to share with you today! I’ll cetainly remedy that for tomorrow. I hope you have a great week, and until tomorrow, happy crafting! 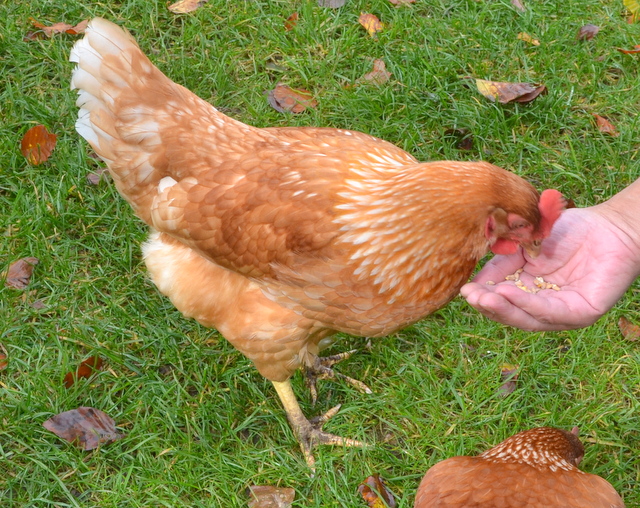 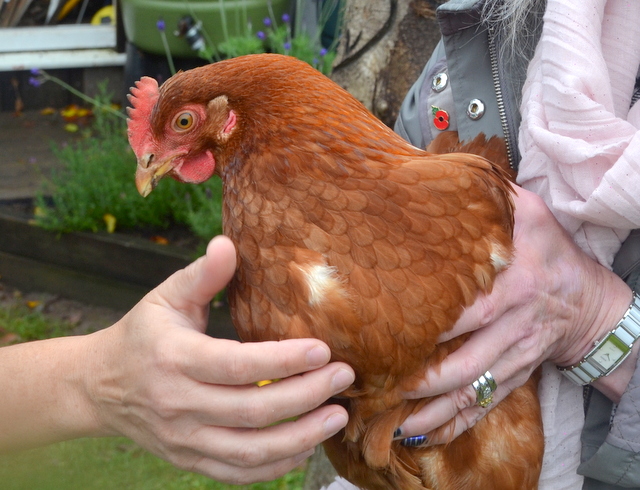 Me holding a hen for the first time ever!