Forget everything I told you yesterday about travelling all the way to Dortmund by train tomorrow. We’re now going to fly! The reason we’ve changed our plans is that yesterday Hubby was contacted by the Trainline who he’d booked the journey through, and we weren’t happy with what he was told! The first train was to have been Eurostar to Brussels where we were going to have our first of three changes. 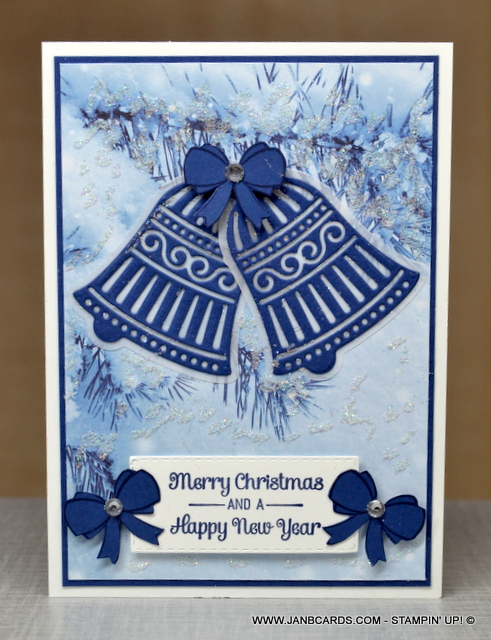 We had been told we would have twenty minutes to change platforms. Yesterday Hubby was told that twenty minutes wasn’t enough time because we needed to go through security checks and it takes about an hour to get through! The only option we had was to take an earlier Eurostar train which would have meant getting up at 4 am! I just don’t do mornings! Our journey will now be a two-hour drive to Luton, fly to Dortmund, and a taxi to the hotel! 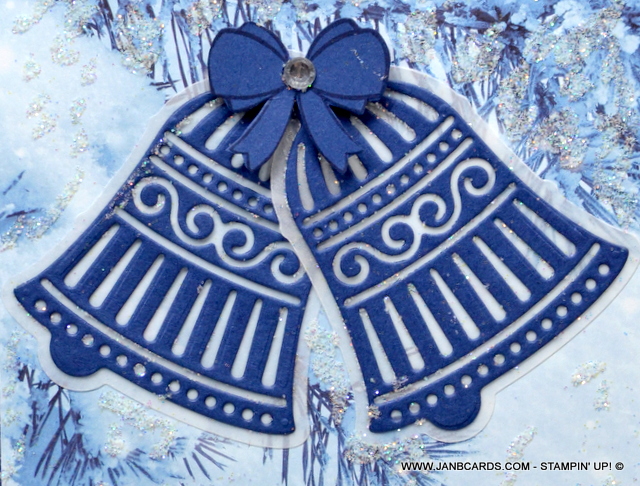 Yesterday I was working on Sunday’s video, and finished up with a lot of die-cuts and images that I’d made but didn’t get round to using. One of these was a Night of Navy Cardstock (CS) bell that I’d die-cut using the Detailed Bells Dies. There is a matching stamp set called Bells Are Ringing. The only stamp I used for my card is the bow, and for these, I used Night of Navy Ink on Night Of Navy CS.

After I had die-cut the bows, I fussy cut them, too! The dies are good but I think the shape of the bow is better defined when fussy cut. I chose a pine bough photograph from the Feels Like Frost Designer Series Paper (DSP) and adhered the bells in such a way that they looked as if they were hanging from the bough! I added a medium-sized Basic Rhinestone Jewel in the centre of each of the bows! 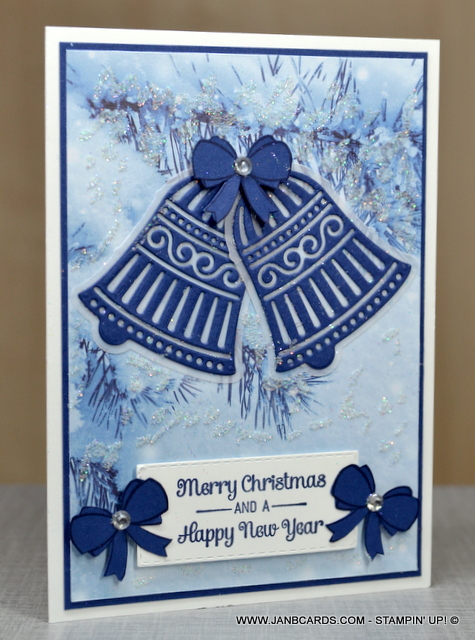 I added some Dazzling Diamonds randomly over the DSP to give plenty of sparkle! The sentiment is from the Itty Bitty Christmas Stamp Set, and I stamped it using Night of Navy Ink on Whisper White CS. I’d die-cut the sentiment using one of the Stitched Rectangle Dies, and adhered it to the card front using some Dimensionals. 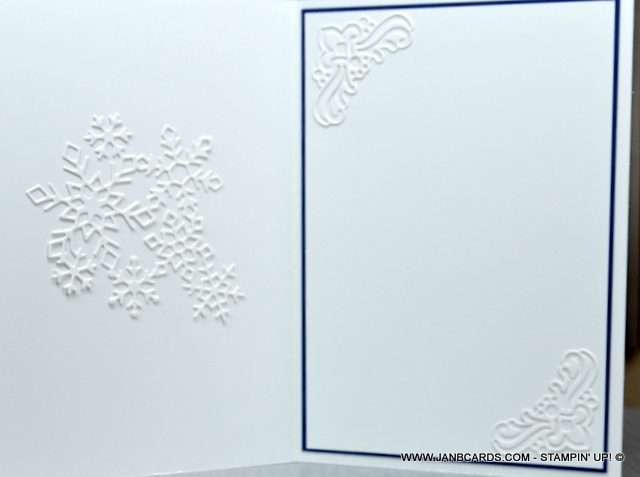 I added a layer of Night of Navy CS inside the card and a Whisper White CS layer. I decorated the inside using some Whisper White CS die-cuts I’d made for the video I was working on yesterday. The corner die-cuts are from the Christmastime is Here dies called Roses, and the snowflakes are from the Christmas Layers Dies, which co-ordinates with the Itty Bitty Christmas Stamp Set. 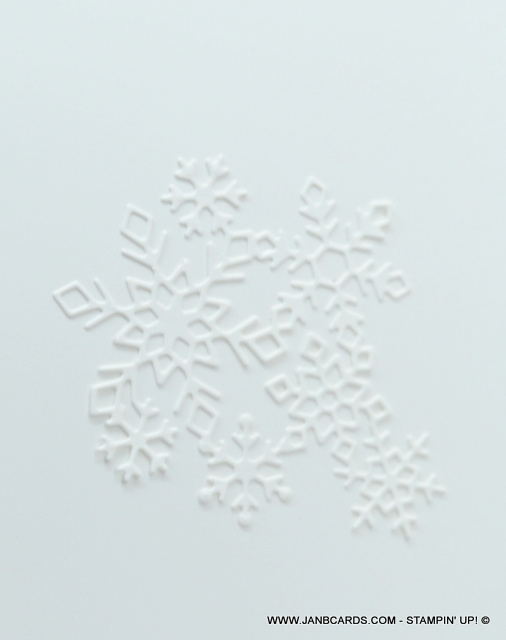 Today is my last day to finish everything off before heading off for Dortmund tomorrow morning! Making Sunday’s video is the biggest job, and I also have a two-hour appointment with Sharon for my nails. Then I need to finish the last few swaps and make sure I’m up to date with my emails. Then I’ll be happy to switch off and start doing my packing! 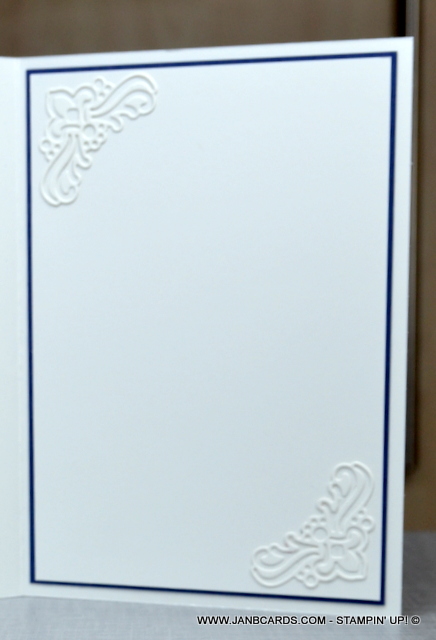 That’s it from me today and I hope you have a terrific Tuesday. I’m travelling with my laptop and will share with you as much as I can during the time I’m away. As the saying goes, watch this space! Until next time, happy crafting.

Products used for this project: please click on any link to be taken to my 24/7 online Stampin’ Up! shop. November Hostess Code is G3944GAH Thank you. xx