In today’s video, I share most of the swaps I received at OnStage last week. I say most because I left out the three swaps I was saving for last! Grr! So I’m sharing them here! The first one is the green box. I couldn’t work out how to open it, and I never like to force anything until I start videoing. When I examined the box, I could see the top half was fitting over the bottom half like a lid, but I couldn’t pull the lid off!

With the lid closed.

With the lid open.

As I was examining the box, the top appeared to move, so I tried to replicate what I’d just done! After a lot of patience and perseverance, I found the lid lifted up when pulled on the edge, but didn’t pull right off, but the cross on the top of the box folded down and towards the outside edges! This would have been so much easier to show in a video, rather than trying to describe it! LOL! Hopefully the photographs help explain what I mean! 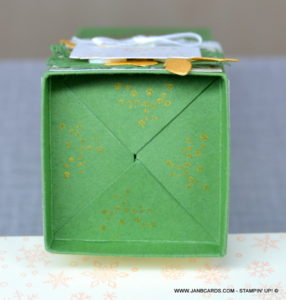 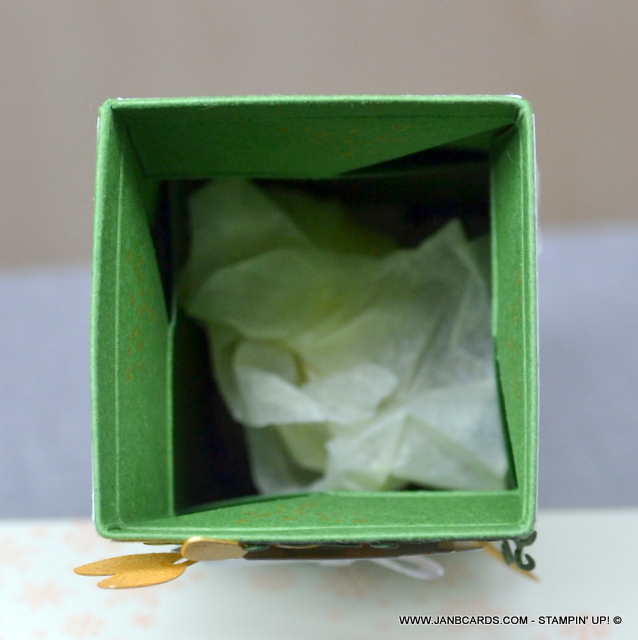 Half of me wants to pull the box apart to find out how it was made, but the other half says don’t – it’d be such a shame to spoil it! I received the swap from Andrea Wiemer who calls her business Friemelecke. Unfortunately I haven’t been able to find out anything about her by Google or Facebook. I found Andrea on Instagram but not this project. I’ll try emailig her! It’s a fabulous project! 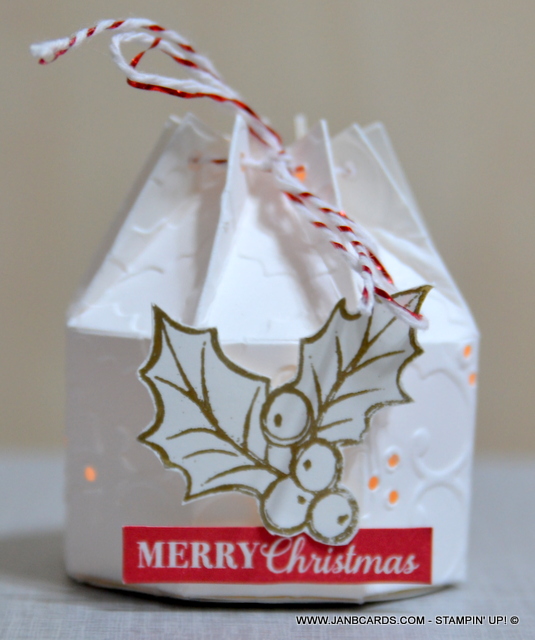 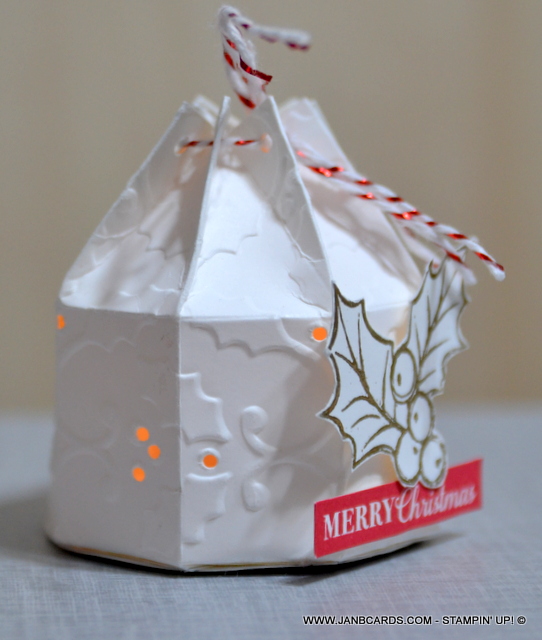 Inside the green box was a battery-operated tea-light and a Ferraro chocolate! The second swap I missed was this gorgeous white embossed box that also had a battery-operated tea-light inside. The box has holes in the lower half, but I’m not sure how they were made, possible punched with a hand-held circle punch! When the tea-light is switched on and placed inside the box, it gives a lovely subtle glow! There was also a Pickwick Winter Glow Spices tea bag inside the box. This swap was made by Yvonne van der Marel. 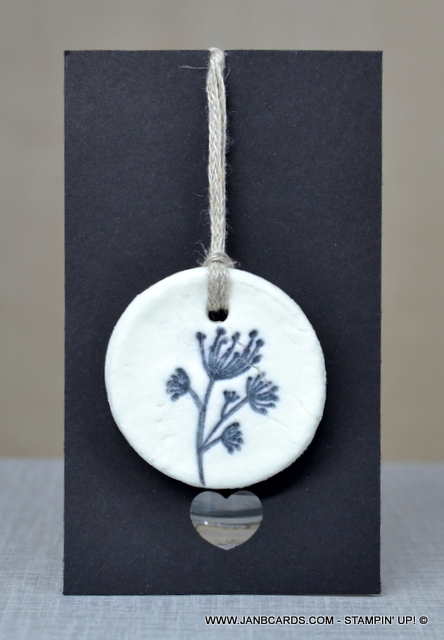 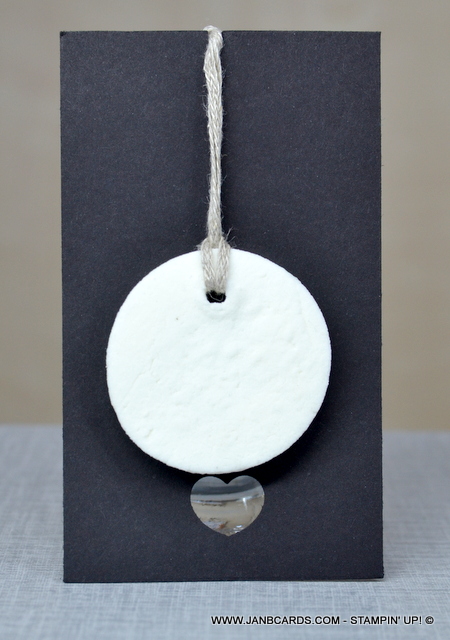 The final swap was pendant (?) that was made with corn paste – I think this is what the lady said! It wasn’t conflour but the product more commonly used in the US (if you know what I’m referring to, please let me know!). The swap was made by Beate Wacker and she said once the paste had been made it had to be baked in the oven. It’s amazing how many products can be stamped on!

I’d like to point out that the gift that was inside the box shown at about 30:00 minutes in the video is a bath tablet/cube, and NOT a sweet which is what I thought it was! If you are a demonstrator and received one of these please do NOT try eating it! That’s about it from me today. I wish you a very blessed Sunday, and I look forward to being back with you tomorrow. In the meantime, happy crafting.