This is the card that inspired the Magnolia Lane Thank You card I shared yesterday.  As I explained, the only video I saw which showed how to make this card, had me giving up after trying it on Friday, 20th December 2019.e day. It was when I was explaining to hubby that the penny dropped and I realised what I was doing wrong! Now that you can see the layout of my card, I can explain how and why I struggled with the first one! 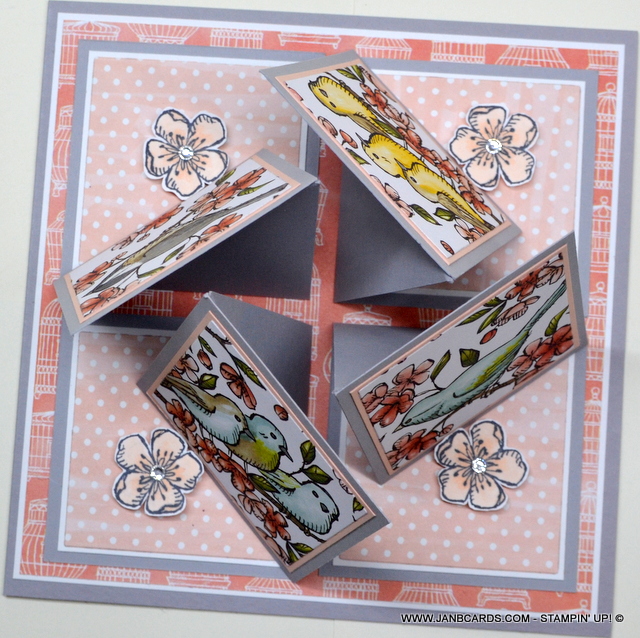 The card I watched being made obviously worked, but I realised that I was trying to lay the easel cards back too far for the way the crafter was demonstrating it. Her finished card had two easels facing to the west and two easels facing east, and to achieve this, it was necessary to score two easels going one way and the other two going the other way. It was also necessary to stand all four easels up almost upright but I was trying to lay them back as I have on my video card, which is why mine didn’t work when I followed her instructions. 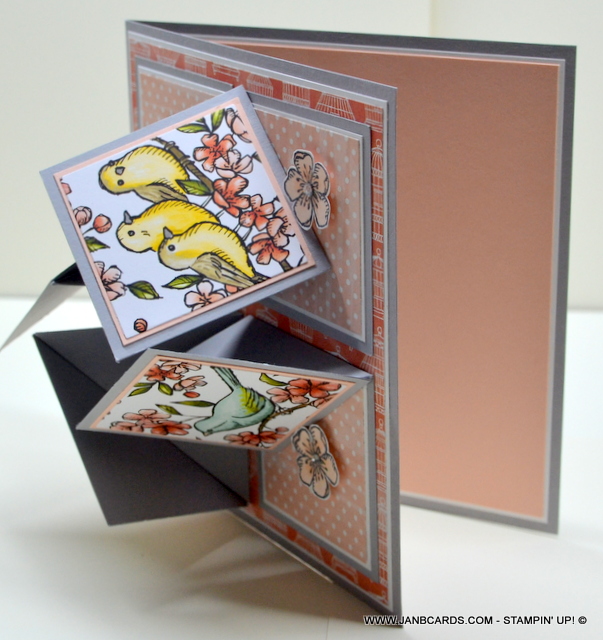 I made my card so all four easels are all scored the same way, which results in one easel facing south-east, one south-west, one north-west, and the fourth one north-east. The final look of the two cards is quite different. If you would like to check out the video, it was made by Srushti Patil and her video is called 4 Way Twisting Easel. If you follow her video, just remember that the easels need to stand almost vertical, and your card will work brilliantly. 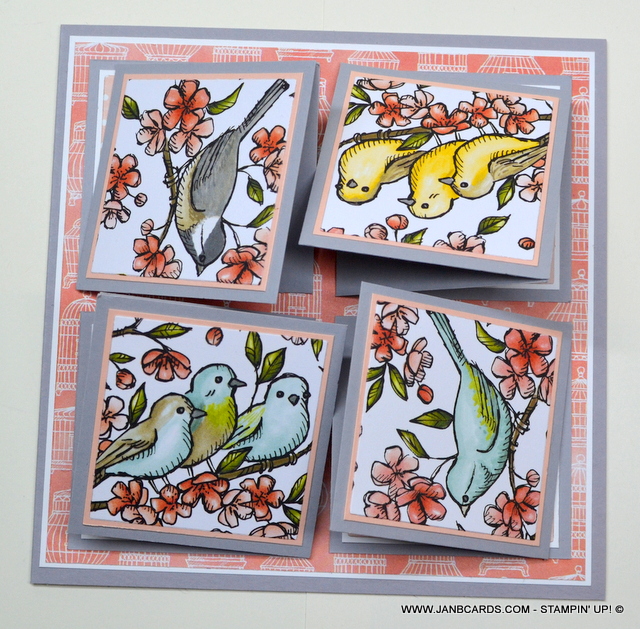 Now you can see the two cards I’ve made using my method, you can also see what I was referring to yesterday when I said using “pictures” from the Designer Series Paper (DSP). In the video, I went through the designs in the pack of Magnolia Lane DSP explaining why I chose the sheet I did and why I rejected the others. I did this as a guide to help you decide for yourselves which would work well with this style of card. 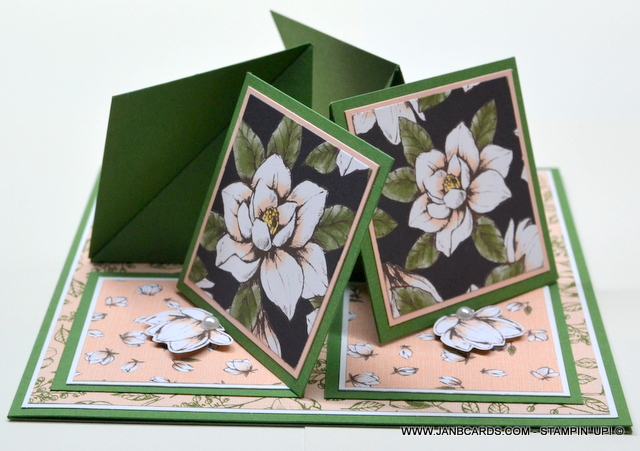 If you stamped your own images, the possibilities are absolutely endless and would be a great way of including a sentiment, name or birthday number. I chose to make my Quad Easel Card as a regular opening card so it isn’t necessary to add a sentiment to the front of the card if you didn’t want to. The Bird Ballad DSP card is going to be my granddaughter Molly’s 16th birthday card, and I have plenty of room inside the card for her name, birthday number, sentiment, greeting, etc. 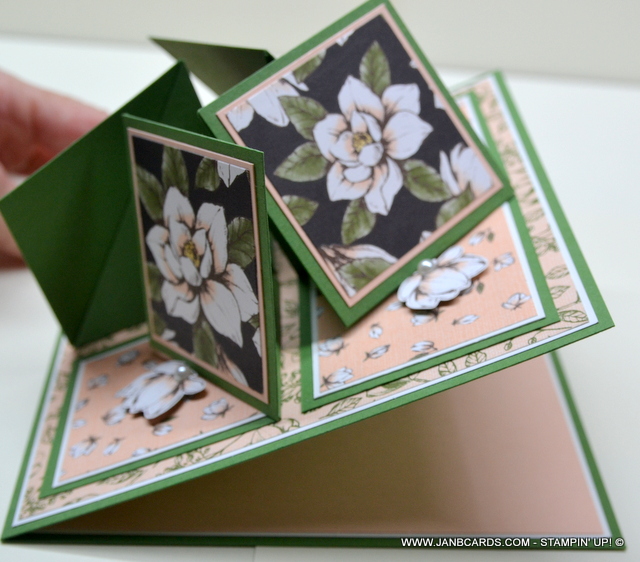 In the video, I used Garden Green Cardstock for my card base instead of Mossy Meadow, but only because I didn’t have any Mossy Meadow! The finished size of the card is 6″ x 6″. I would either buy a pack of 6″ x 6″ envelopes or make one myself! In the UK, this card will go as a Large Letter, and I think in the US it will cost more to post because it’s a square! A question to my US followers: could you post the square card in a non-square envelope and save on postage, or is this a no-no? Just a thought!

That’s it from me today. I hope you’ve had a fabulous weekend. I look forward to being back with you tomorrow, and in the meantime, happy crafting.

Products used for this project: please click on any of the links to be taken to my 24/7 online Stampin’ Up! shop. The Hostess Code for December 2019 is RVWA74X3. Thank you. xx