I hope you’ve enjoyed your weekend. When I made Sunday’s video, I offered a different option for the crafters who don’t like fussy cutting, which was die-cutting circles of the birds from the Bird Ballad Designer Series Paper (DSP). I’d prepared three to demonstrate what the alternative would look like on the triple easel card. Once I had finished the video I was left with three die-cut circles and yesterday, I decided to see if I could create a card using one, two or three of them! 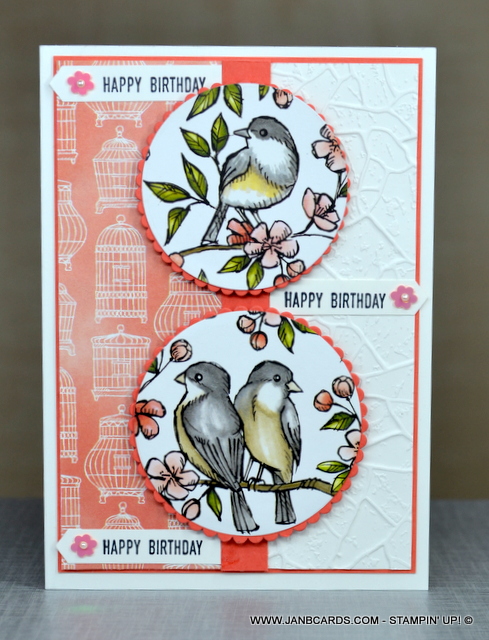 Initially, when I started planning the Triple Easel Card I wanted to use the Calypso Coral DSP that is decorated with birdcages, but I  couldn’t find a co-ordinating pattern that was also in Calypso Coral. You may remember the two designs of the DSP I’ve used for my video were from the Neutrals DSP Stack. I had pulled the packs out because I was hoping to find one of the designs in Calypso Coral to go with the birdcages but no such luck – I’d used it all on previous projects!! 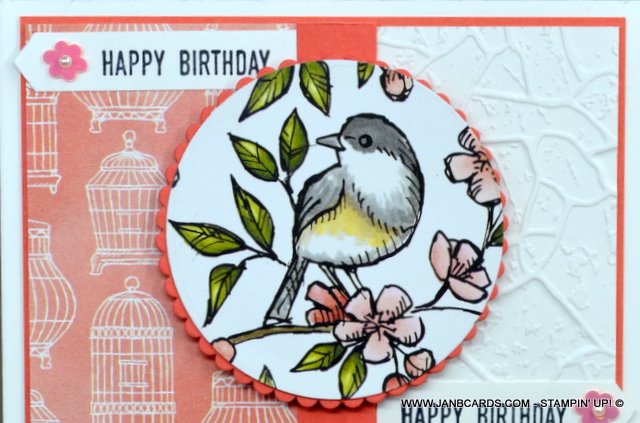 I decided on a Whisper White Cardstock (CS) card base, with a layer of Calypso Coral CS, and a top layer of Whisper White. When I went to take a pre-cut top layer from my box I saw an embossed layer and decided to use that, together with half a panel of the birdcage DSP. I should have cut the embossed layer – it had been embossed with the Stone 3D Embossing Folder – in half but never mind, I didn’t think about it until it was too late! 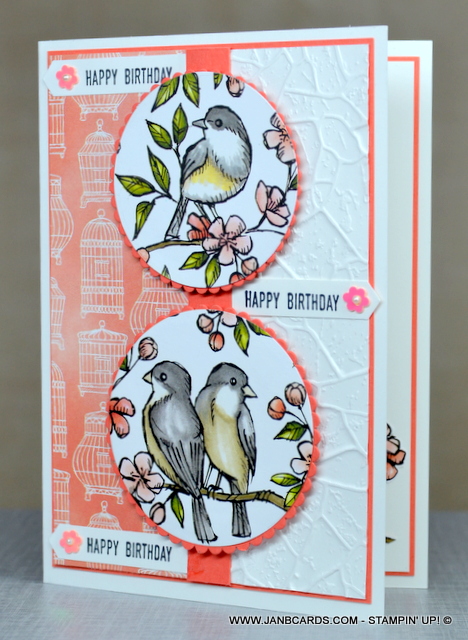 To make the top layer look complete I cut an half-inch strip of Calypso Coral CS and it adhered it down the join between the DSP and the CS. The three die-cut circles I’d prepared for the videos had been mounted on Whisper White CS scalloped circles. I decided the scallops would stand out more if they were Calypso Coral. It was easy to remove the white circle from the smaller circle, but a bit of a challenge with the bigger circle. 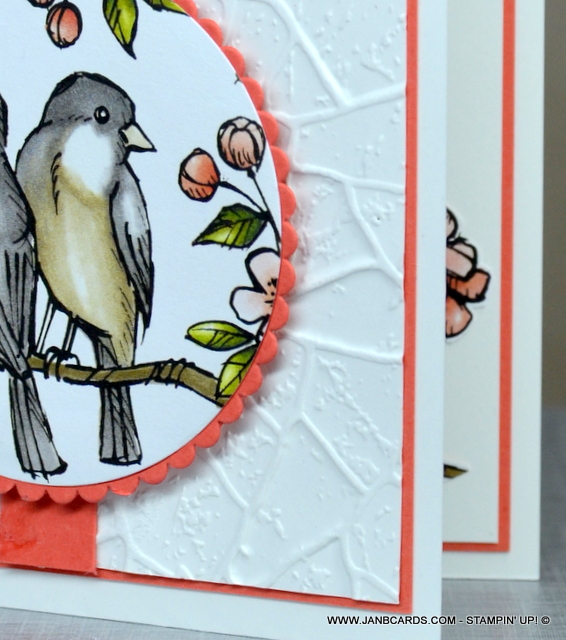 My patience removing the white circle was rewarded and it eventually came off. I adhered the new Calypso Coral Scalloped Circles and was pleased how much better they looked on the top layer of my card. My next problem was what sentiment should I use and where should I put it. After playing with different options, I chose the HAPPY BIRTHDAY sentiment from the Itty Bitty Greetings Stamp Set. I’ve used this set so much, it has been a great buy! 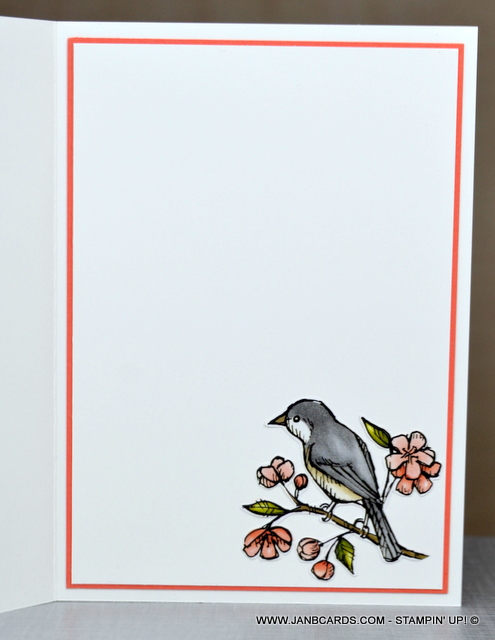 I punched out three sentiments using my Classic Label Punch, and after playing around with various options with positioning, I decided to use the centre Calypso Coral Strip as it’s a road sign and the three sentiments were pointing in the directions of a HAPPY BIRTHDAY. I cut a straight edge on the inside part of all the sentiments and adhered them in position. No wonder the three birds look confused! LOL! 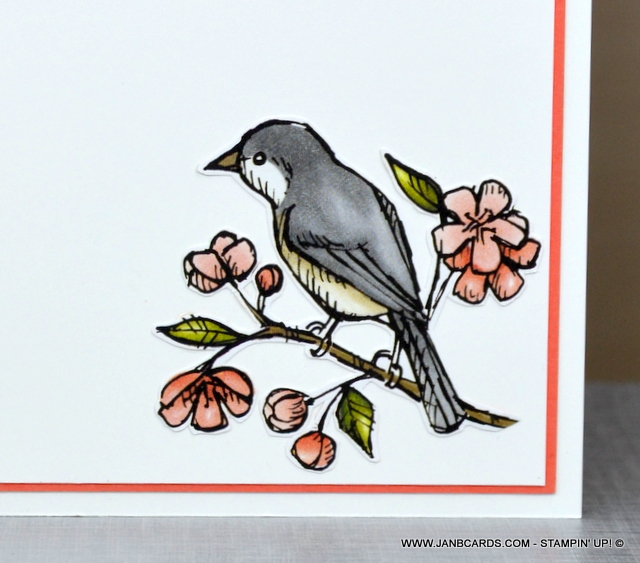 I added a Gingham Gala Adhesive-Backed Sequin at the pointed end of each sentiment and then added a small Basic Pearl in the centre of each! Overall I’m pleased with my finished card although I think it would have been better if the circles had been smaller. I have one circle still to use, so I may try and cut it into a smaller circle, but I’ll leave it for a few days before I try it!

That’s about it from me today. I look forward to being back with you tomorrow and in the meantime, happy crafting.