In today’s video, I make my biggest blooper ever, and also make an amazing recovery! I have to admit that I was tempted to throw the towel in and start again but as the saying goes “I’ve started so I’ll finish”. My special thanks to Frenchie who unwittingly gave me the courage to go for it! When I used to watch all her videos, I saw her more than once do what I did to start her amazing recovery. Many thanks, Frenchie! 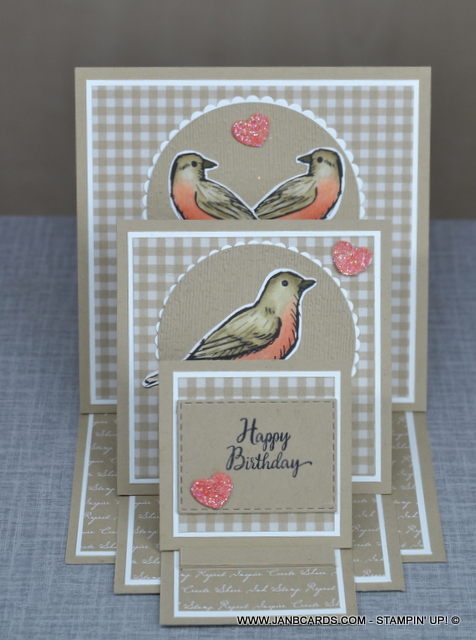 When I make a video I usually make my prototype first to make sure it works. Then I make a second card immediately before I start videoing, and then I go for it. Last week I lost a lot of time because I had some very important appointments that I would only cancel if I had an emergency. This meant I was only able to make my prototype for today’s Triple Easel Card. I appreciate it’s useful to demonstrate how to fix bloomers, but I would rather not make them! LOL! 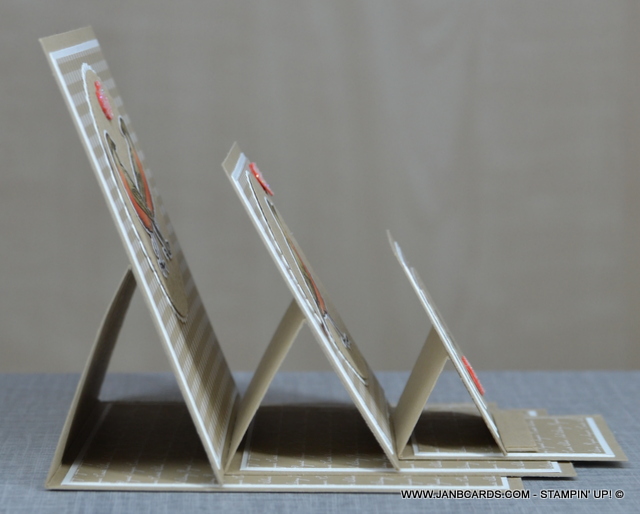 It all started when I was asked if I’d make a triple easel card and was sent a picture of the card being requested. No matter how I tried, I couldn’t get it to work without needing an envelope that measured 4″ by 11½”. I checked online for an envelope this size and could only find something that would “do” but at a cost of just over £5 each! Not an option, methinks! In my search for the original triple easel card I came across today’s card and decided to go for this one instead. 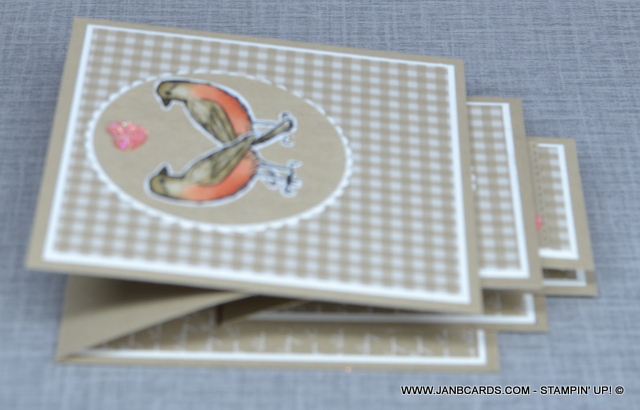 I have had another idea for the original triple easel card and am hoping to try it out next week. Back to today’s card. I haven’t credited anyone in particular for the inspiration because I watched several and picked out the parts I liked from each and put them all together for my own spin! To decorate my card I fussy cut some birds, ahead of time, from the Bird Ballad Designer Series Paper (DSP). I also offered an alternative idea using DSP without fussy cutting. 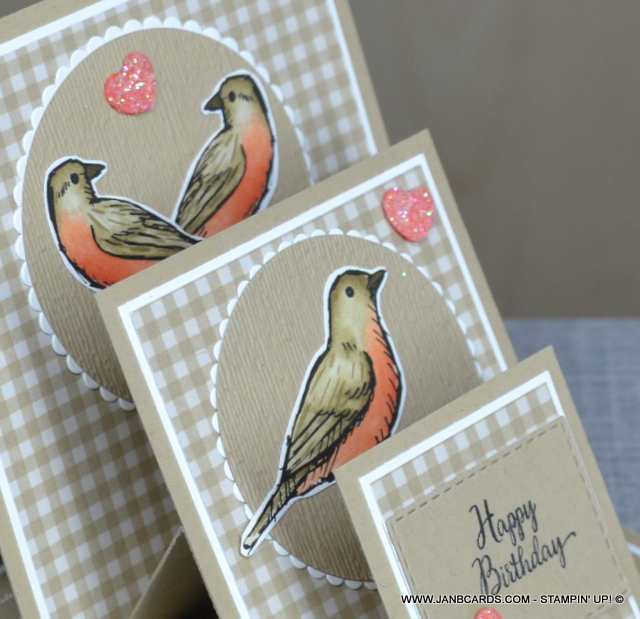 I’m pleased to say that in today’s video I have been able to give instructions for the European and South Pacific markets as well as North America, too! Normally this would entail re-calculating the sizes for a whole card but not for today’s card. It was a simple instruction about adhering each easel together! As it turned out, I preferred the North American instructions because it made the easels stand more upright, which I think looks better. See what you think! 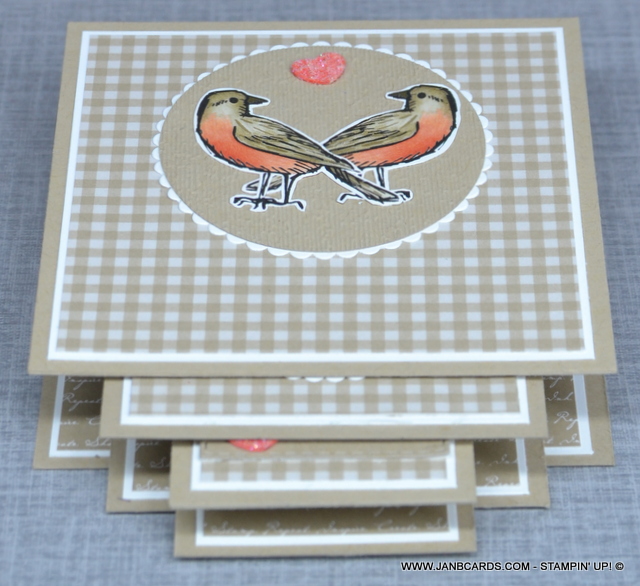 When I finished the video I wasn’t happy with the Whisper White sentiment and changed it. I also said I’d put a Calypso Coral heart above the two birds on the biggest easel to show they weren’t arguing! LOL! I punched six hearts using the Dog Builder punch. After I had painted three of them in wet glue I dunked them in my box of Dazzling Diamonds. I adhered them together in twos and put one with the birds at the top,  one with the sentiment and one with the bird in the middle.

I hope you get a chance to enjoy today’s video. That’s about it from me today. I hope you have a very blessed Sunday and I look forward to being back with you tomorrow. In the meantime Happy crafting.

Products used for this project: please click on any of the links to be taken to my 24/7 online Stampin’ Up! shop. The Hostess Code for January 2020 is NCFPAHXQ. Thank you. xx