Hubby and I went to the pantomime to see Peter Pan yesterday. We went with Vicki, Leigh and twenty-one members of Leigh’s family, including nine children! After the interval, we were all given 3D glasses which we needed when the ship sank! There was a lot of screaming as sea creatures, like massively long eels, appeared to come shooting out into the audience. I’m sure they all stopped within two or three inches of my face – no, I wasn’t one of those who were screaming. LOL! 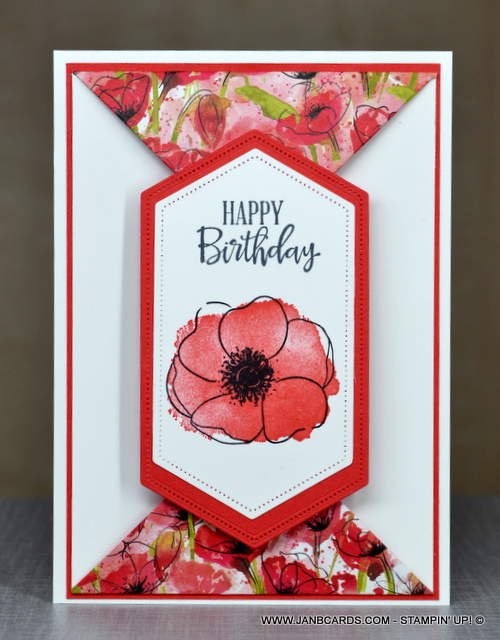 After the show we went back to Tom & Iris’s house – Leigh’s parents – for lunch, games, and to celebrate Molly’s 16th birthday. One of the games we played was to guess what had been hidden in socks, i.e. one item in one regular men’s sock. Iris had picked twenty objects from around the house, e.g. TV remote control, a toothbrush, a toy car, and then the sock was tied in a knot. They were numbered, and passed around the room so we could guess what the object was by feeling the object! LOL! 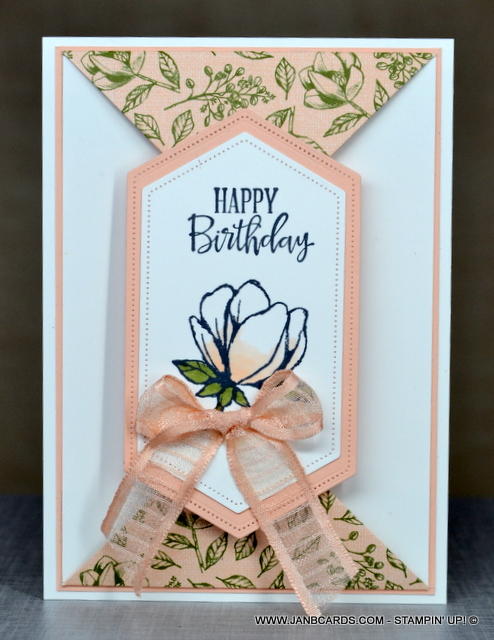 Today’s video shows how to make a card I’d seen loads of times as photographs but I’d never seen how it “worked”! Last week I stumbled across a video made by the Pampered Stamper aka Jackie Bultje. After watching the video I had to stop and make one straightaway. It’s such a beautiful card! I made two cards before I was ready to make the video so I was confident I could demonstrate the easiest way to make this card, plus hints and tips along the way! 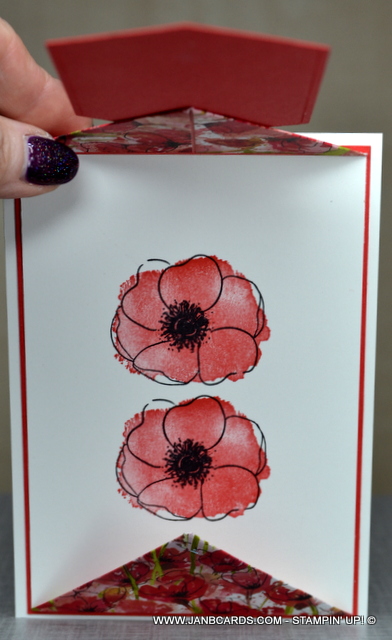 Behind the flap, I stamped two poppies, and on the Magnolia Lane card, two magnolias. I have put a link to Jackie’s blog below the video so you can check out the card she made. As well as having a sentiment on the flap, Jackie put a second sentiment under the flap. In the video, I kept my design simple, by stamping another two poppies, but there’s no limit on what could be behind the flap! 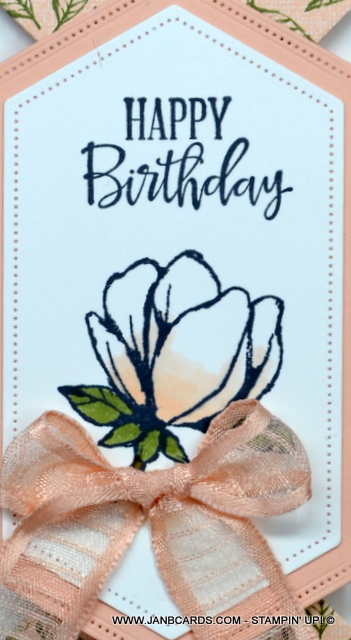 My video also shows an amazingly easy way to stamp behind the flap and making sure it keeps within the space under the flap, so it can’t be seen until the flap is lifted! The Peaceful Poppies Designer Series Paper (DSP) that I’ve used is a directional pattern. Again, I have given details how to make sure you keep both pieces of DSP in the right direction, so you don’t end up with upside-down poppies – and it’s so easy!

When I made the first card, I forgot that Jackie had said to make the card like a tent card – I think that’s the name of a card that’s folded with the fold along the top. Please correct me here if you know that’s incorrect! Jackie explained that if the card is made with a fold down the left-hand side, the design of the card would make it topple over because it’s too heavy. She’s right! My first card does keep toppling over! I shall see what I can salvage from it!

I wish you a very blessed Sunday, and I hope you enjoy today’s video. I look forward to being back with you tomorrow. In the meantime, happy crafting.

Products used for this project: please click on any of the links to be taken to my 24/7 online Stampin’ Up! shop. The Hostess Code for January 2020 is NCFPAHXQ. Thank you. xx