Today’s video features one of my two favourite bundles in the new Mini Catalogue, i.e. Parisian Blossoms Suite. I’ve seen cards like this but without names and without videos, so I’ve put it together how I think it works! The main base is a single piece of cardstock, with two smaller flaps that open from the front, i.e. it isn’t a standard opening card. I did consider making it an opening card but decided there was already plenty of space for sentiments and greetings. 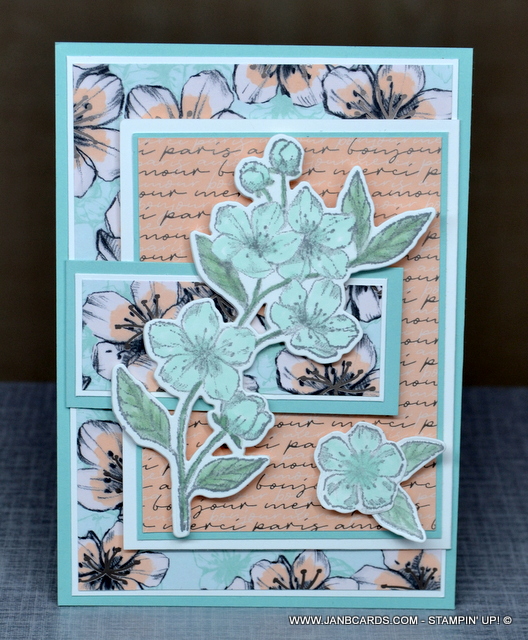 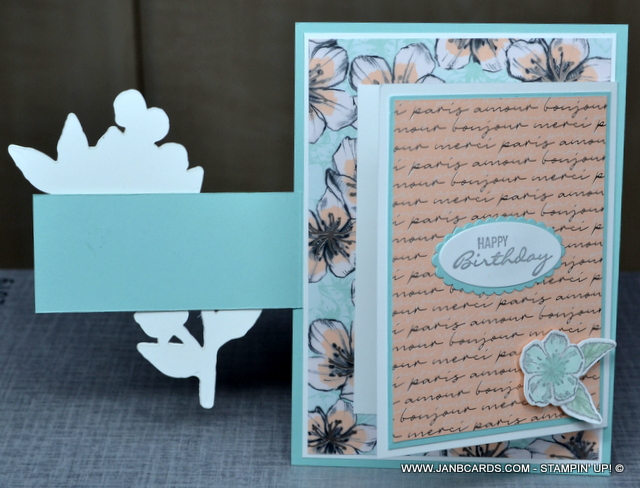 The problem of keeping it as a single layer card is that it won’t stand up on its own as regular cards do. I solved that problem by adhering a support to the back of the card so it becomes freestanding. I’m not sure this idea will appeal to everyone. I know who I will be sending one of my cards to and I’m more than happy that she’ll find the back support a good idea! I’ll be very interested in hearing what you feel about the idea of adding support to a card! 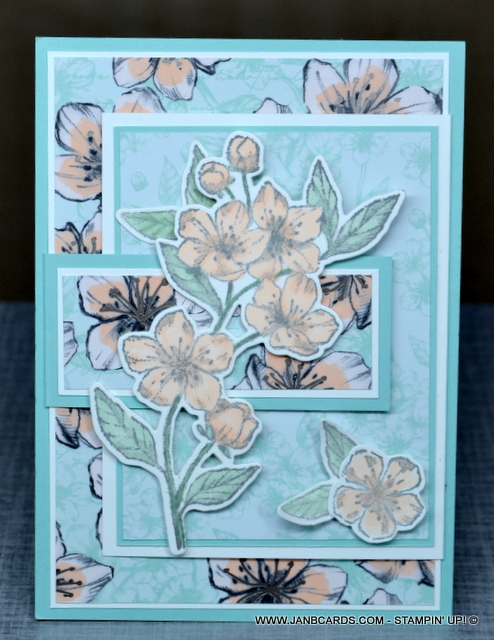 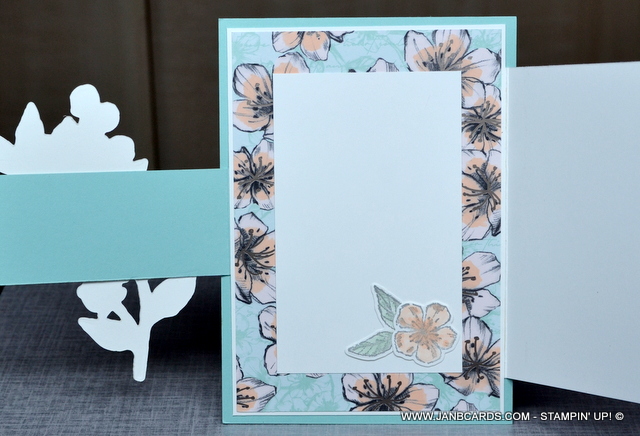 The first card I made was the masculine version with the Eiffel Tower. It was making this card that made me decide to add magnets to future cards to keep them closed. Another idea I wished I’d had before I made the masculine card is to die-cut three or four layers of Thick Whisper White Cardstock to make the image rigid, like the flowers on the two feminine cards! Had I done that to the Tower, I could have adhered it to the front of the narrow flap, instead of on the middle layer. 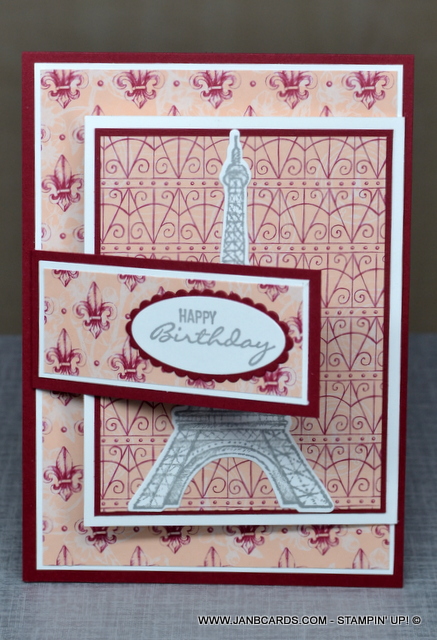 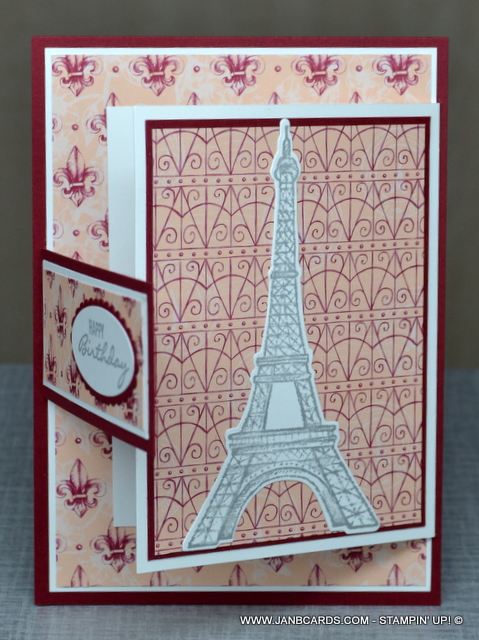 One thing I hadn’t realised about some of the designs in the Parisian Blossoms Specialty Designer Series Paper (DSP) is that there are some other designs in the pack which include some script in the design. Until I noticed this, I could easily have used a piece of DSP upside down. Mind you, I only noticed it by chance, so I think it’s unlikely many people will notice it! 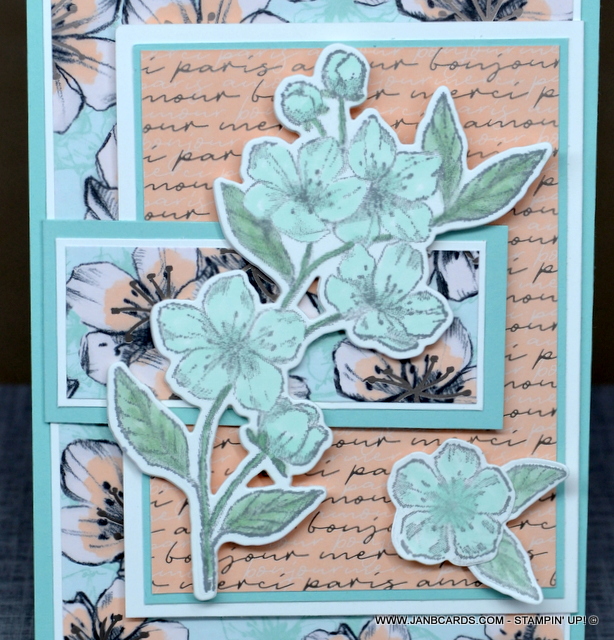 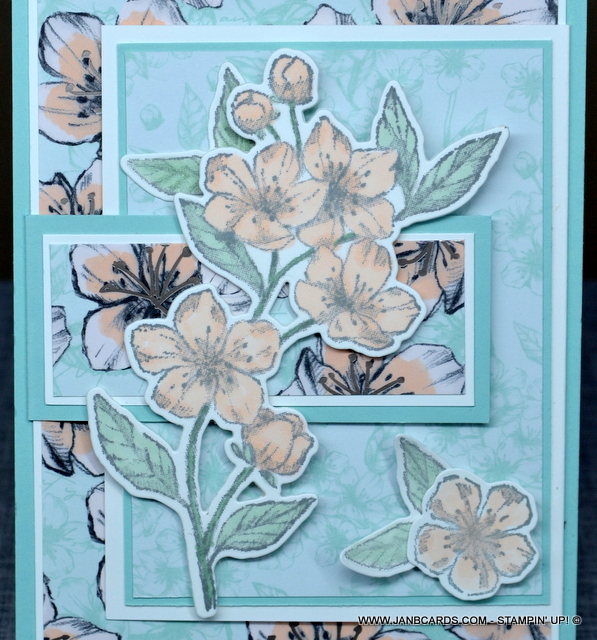 That’s it from me today! I wish you a very blessed Sunday and I look forward to being back with you tomorrow. In the meantime, happy crafting!