Today we’re off to a theatre in Epsom to see Peter Pan with several members of Vicki’s in-laws. After the pantomime, we’re going back to Tom and Iris’s house – Vicki’s parents-in-law – to celebrate our granddaughter, Molly’s sixteenth birthday. Yesterday, I finished off her Bird Ballad Quad Easel birthday card and will share with you, probably tomorrow. 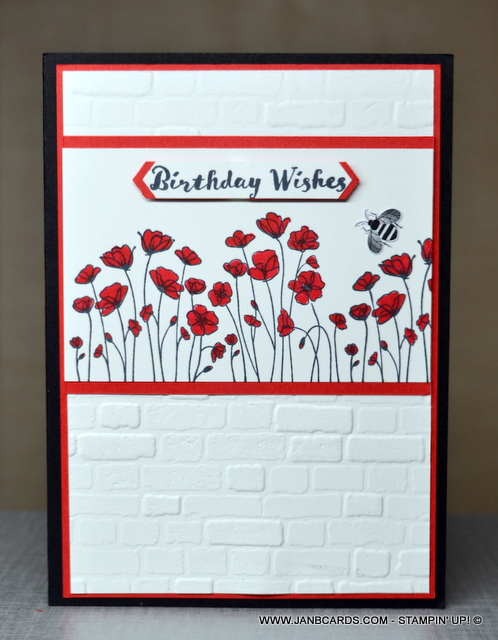 Yesterday I also made the video demonstrating the card I started playing with on Thursday. It’s a fancy-fold and like so many of this type of card, it’s very easy to make. I made another of these cards immediately before making the video and I used Magnolia Lane. For the video, I used Peaceful Poppies. I had seen plenty of photographs of this style of card but never knew how it was made! Now I do and I love it! ☺ 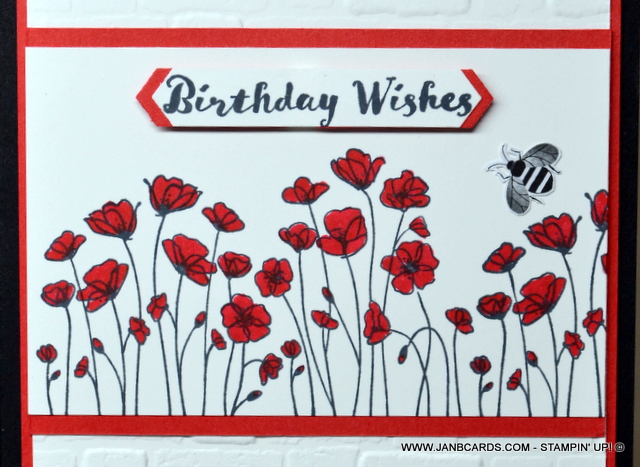 For today’s card, I used another poppy stamp from the Painted Poppies Stamp Set and decided to stick to a colour combo of Basic Black, Poppy Parade and Whisper White. When I was making yesterday’s card, I embossed a layer of Whisper White Cardstock (CS) using the Brick & Mortar 3D Embossing Folder to see how deep the embossing went; I needed to know if it was suitable for the card I was making. It was brilliant but I wanted to do the embossing after I had painted! 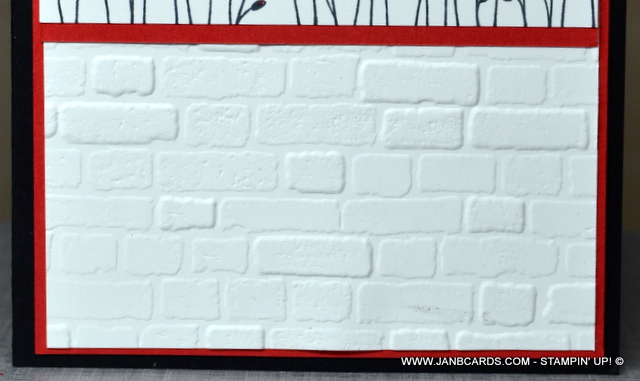 This left me with an embossed layer of Whisper White CS which I decided to use for today’s card. I cut myself a piece of Whisper White CS to size and stamped the image one and a bit times using Memento Ink. When I’m painting such small images I have a tendency to hold my breath! LOL! I experimented with using a Poppy Parade CS layer and also a Basic Black layer under the finished image to see which one made it stand out the best. Poppy Parade was the winner!

I put my card together starting with a Basic Black CS card base, then a layer of Poppy Parade CS plus my Brick & Mortar Embossed Whisper White CS layer. After I had adhered my image and its Poppy Parade layer, I decided I needed a sentiment. When I was making the card I shared yesterday, I stamped four or five more of the BIRTHDAY WISHES sentiment, which is from the Itty Bitty Birthday Stamp Set, punched them out, and saved them in the Poppy Parade folder. 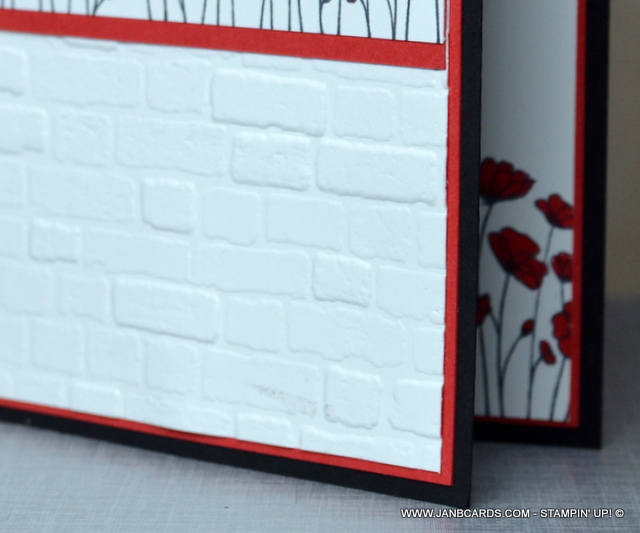 I added some Poppy Parade CS under the sentiment and then adhered it to my card front using Dimensionals. When I looked at my “finished” card, it looked quite bland but I couldn’t think of any gems I could add that would complete my card. I decided to fussy-cut one of the small bees from the Golden Honey Specialty Designer Series Paper (DSP) that’s available until 31st March as a Sale-a-bration gift. 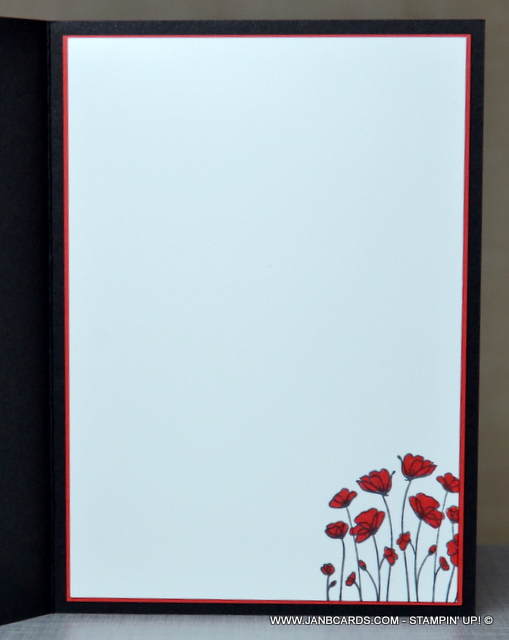 It’s only small but the bee added so much! I thought about fussy-cutting two more but decided three bees on such a small panel would probably look like a swarm and therefore OTT! Plus that they weren’t the easiest fussy-cutting I’ve ever done! LOL! To complete my card I needed to add layers inside and decorate the top layer with something! 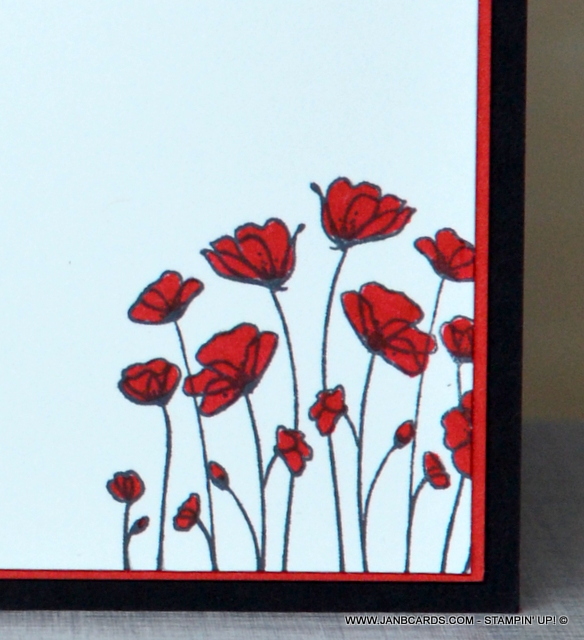 I decided I’d use the same stamp I used on the front of the card but just stamp a tad under half of the image. After I’d finished painting the image using the Dark Poppy Parade Stampin’ Blend, I adhered it to the Poppy Parade CS layer and then adhered them both to the back of the card. I’ll be sharing more poppies with you tomorrow because I used them in the video, but I’ll try to move on to something different for Monday morning!

I hope you have a really super weekend, and I look forward to being back with you tomorrow. In the meantime, happy crafting.

JanB. xx
Products used for this project: please click on any link to be taken to my 24/7 online Stampin’ Up! shop. January 2020 Hostess Code is NCFPAHXQ Thank you. xx