Today’s video shows you how to make a really simple pop up basket card. You may know that when I’m preparing a video I start by making a prototype card to make sure my idea will work, and just in case it doesn’t I try to use retired products. Then I make a card immediately before the video which is normally the next day, to remind myself of anything special I have to say and to remind myself of the process! It didn’t quite work out like that for today’s video! 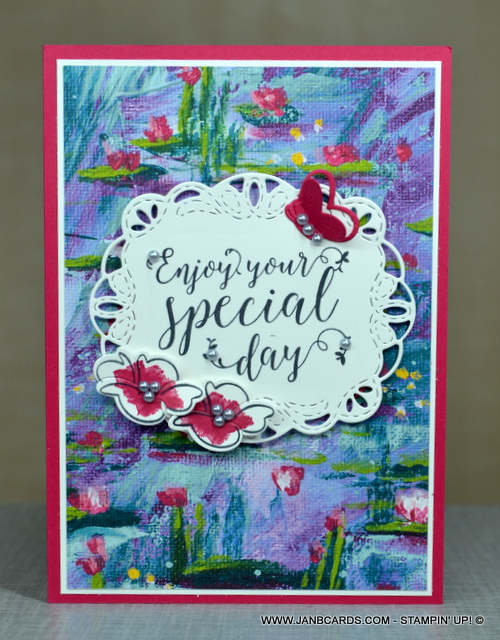 For today’s video, I made the prototype and then I made the video. This means that the card I made before the video AKA the prototype has been made with retired Designer Series Paper (DSP)! Never mind! The video card has been made with Lovely Lipstick Cardstock (CS) and Lily Impressions Mix DSP, which is available as a Sale-a-bration (SAB) gift for a qualifying order. There’s also a Lovely Lily Pad Stamp Set and matching dies called Lily Pad Dies available as SAB gifts too! 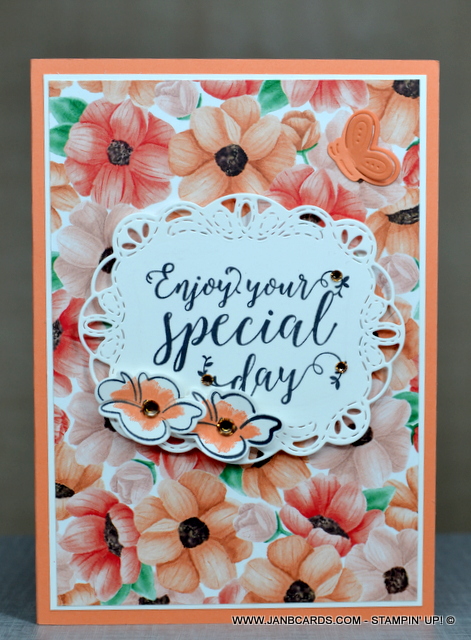 In the video, I made the Lovely Lipstick card the same as the Grapefruit Grove card, i.e. with four flowers in the basket. When I was tidying up after the video I found I had two spare flowers. Rather than put them in the box of images stamped/coloured/die-cut for projects but not used, I decided to use them and adhered them on the wall at the back of the basket. 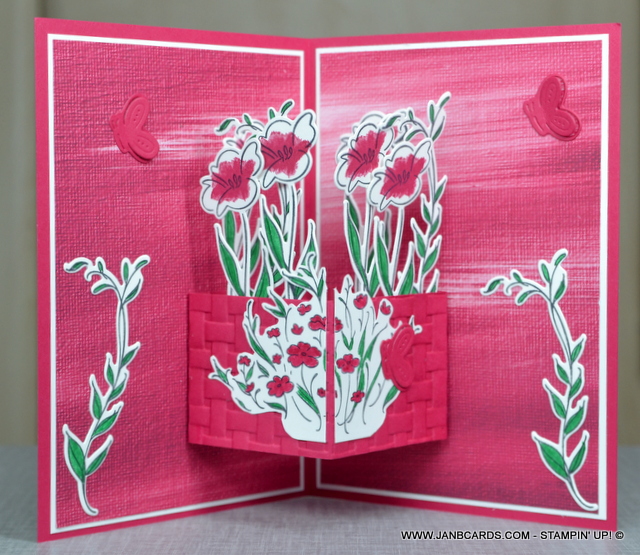 Maybe I should left well alone because I then decided to stamp, colour and die-cut four of the long branches with leaves. I adhered one either side of the basket on the outside and then two more, i.e. one with each pair of flowers in the basket. Which one do you think looks best: 1). Grapefruit Grove – four flowers on their own or 2). Lovely Lipstick with the extra branches with leaves? I know which is my favourite but which is yours? 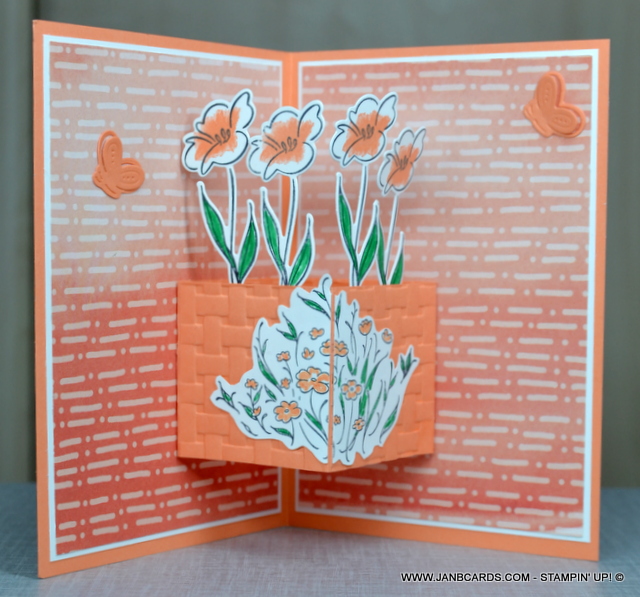 There was one other change I made to the video card and that is, the height of the basket has been reduced by a quarter of an inch. When I coloured the Grapefruit Grove flowers I used the infill stamp but I didn’t like it because I prefer infill stamps to stamp over the lines! I stayed with it and made up my mind the colour in the flower heads on the video card. 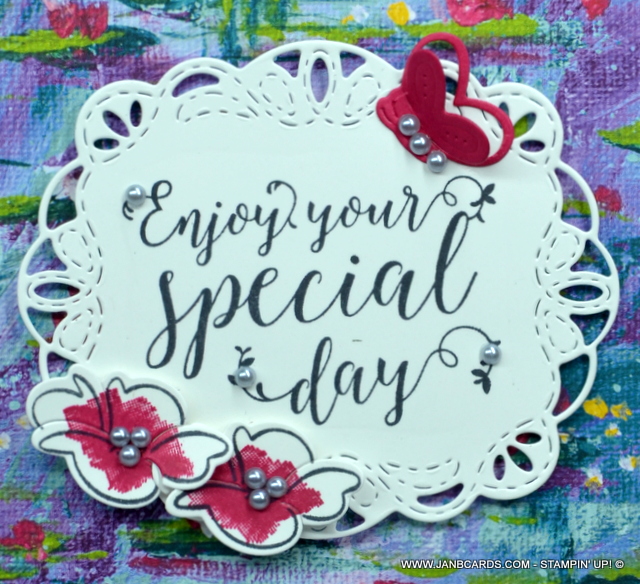 As there were several images that needed colouring I decided to get them all prepared before the video and then create one of each during the video. I knew as soon as I painted one flower head using my Lovely Lipstick Stampin’ Write Marker that I didn’t like it. It looked far too heavy. I die-cut the flower so I could put it against the basket during the video so everyone could see what it looked like and then make up their own minds!

When I checked the flower during the video I knew I was correct in rejecting the idea of using the Marker pens! Using the infill stamp left a good amount of white space which helped tie the flowers in with the image adhered on the outside of the basket! I hope you enjoy today’s video.

That’s it from me today. I’ll be off to Church soon to witness one of my friends being baptised! I wish you a very blessed Sunday and I look forward to being back with you tomorrow. In the meantime, happy crafting.