Yesterday I had a very satisfying day doing something I have been putting off for ages……………..I sorted out the bathroom cupboard. Yes, I stayed out of my studio until late afternoon! The cupboard looks great and when I started crafting I had a really fresh mind. I picked the Budding Borders Stamp Set which I haven’t worked with before and created a card using a small corner stamp rather than one of the main border stamps! But that’s OK, I’ll save those for another day! 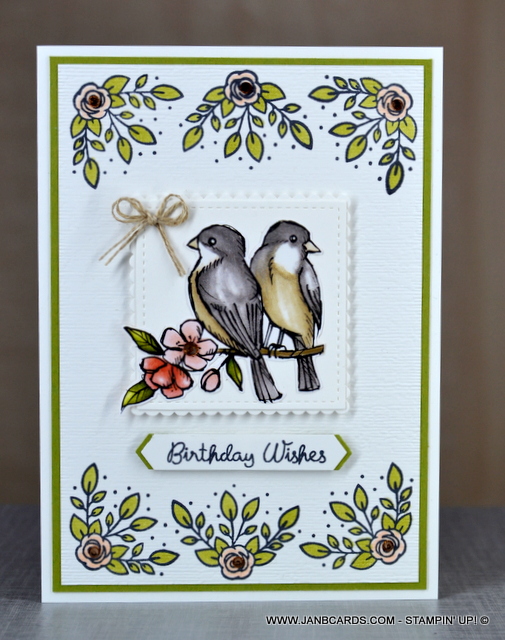 My plan was to stamp one image in each corner and put a large sentiment in the centre. As I was stamping I thought about stamping all round. Rather than risk wasting a layer of Whisper White Cardstock (CS) if it didn’t work out, I took a scrap of recycled computer paper which was the same size as the layer I was working on and stamped all around. It looked quite heavy, but I think it would have looked great as a background, but that didn’t suit my plan – maybe another day! 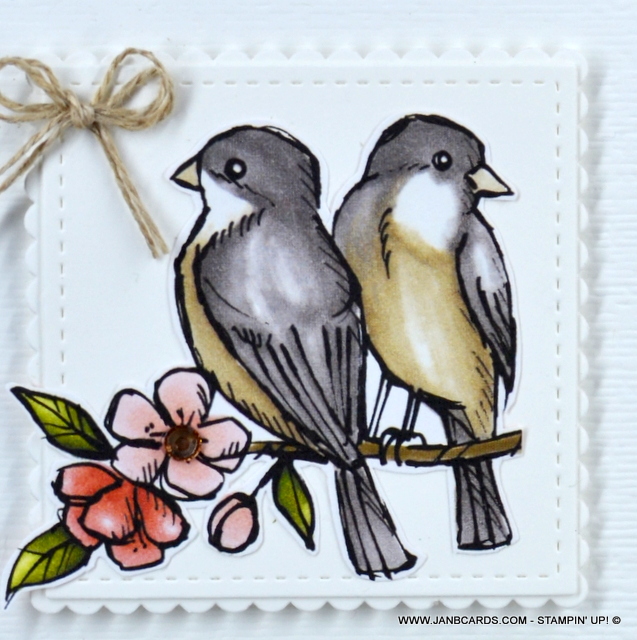 I took a second piece of scrap paper and stamped three images at each end, and loved the result! After adding the extra two images onto my top layer I started colouring using my Stampin’ Blends. I used Light Old Olive for the leaves, without any shading and Petal Pink, light and dark, for the flowers. Instead of adding a large sentiment, I decided to fussy two birds on a branch from the Bird Ballad Designer Series Paper (DSP).

I chose the BIRTHDAY WISHES sentiment from the Varied Vases Stamp Set and stamped it on a piece of Whisper White CS using Tuxedo Black Memento Ink. After I had punched it out using the Classic Label Punch, I punched out another shape using Old Olive CS which I cut in half and adhered behind the sentiment. As I was playing around with arrangement for the birds and the sentiment, I decided there was too much plain white. 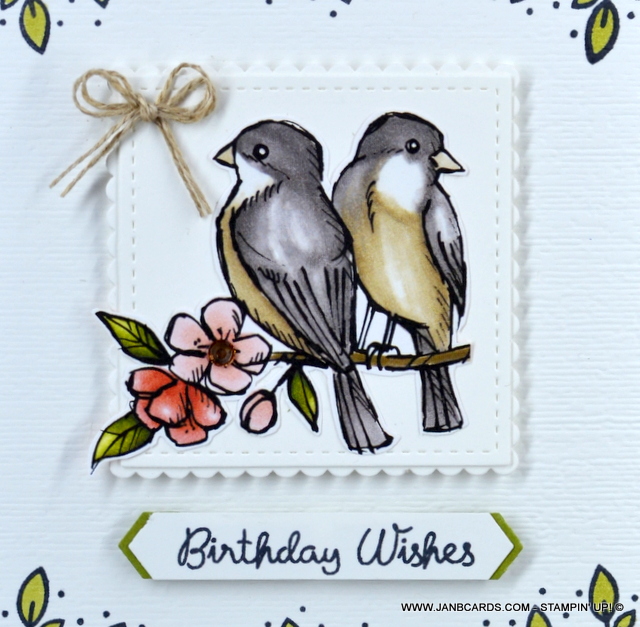 This was easily remedied by embossing the layer using the Subtle Dynamic (3D) Embossing Folder. I decided to cut a Stitched Shape Square using die no 3 in Whisper White CS and then a Layering Square using the scalloped no 7 die. Having an embossed layer behind non-embossed cardstock really makes the latter stand out beautifully. 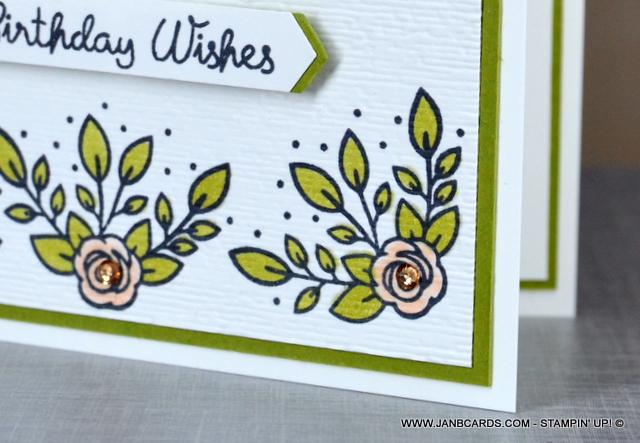 I adhered the two die-cut squares together and then adhered the birds on top. The leaves on the branch come outside the squares a little bit in the bottom left-hand corner but that was part of my plan. I adhered the image and the sentiment to the top layer using Dimensionals. Using a Whisper White CS card base, I started building my card by adding a layer of Old Olive CS and the decorated top layer. 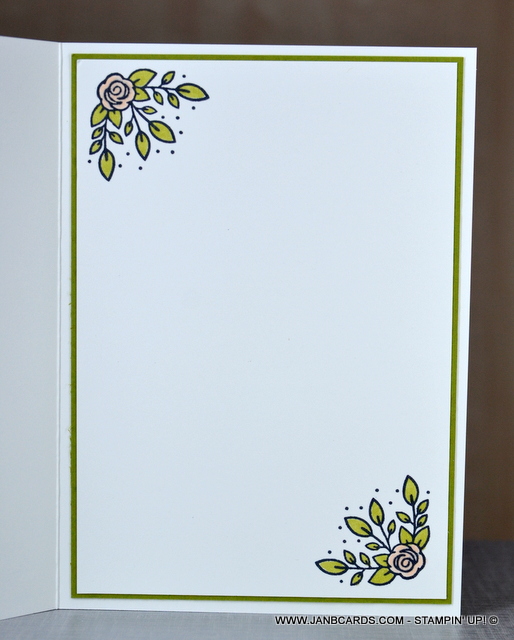 To complete the front I added a small Champagne Rhinestone in the centre of all six flowers, and then a medium-sized rhinestone in the centre of the flower on the branch. The final touch was a double bow that I’d made with Linen Thread. Inside the card, I added a layer of Old Olive CS and a Whisper White CS layer which I had decorated by stamping the corner image in the top left-hand side and bottom right-hand side. I coloured them the same as the images on the front of the card. 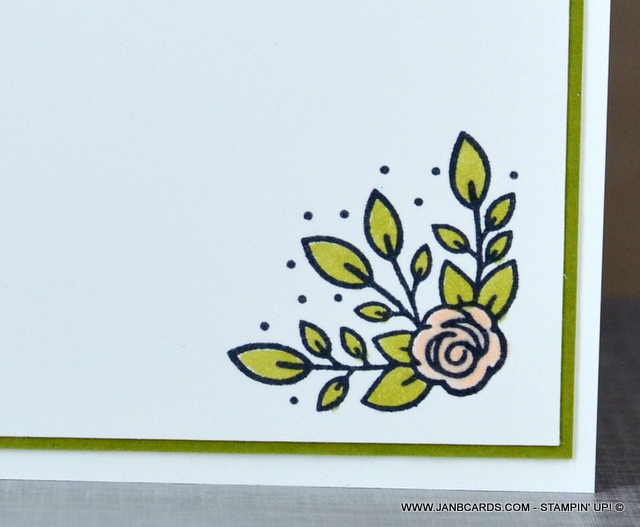 Since creating this card I’ve thought of two more designs I could make. If I don’t get side-tracked into cleaning out another cupboard, maybe I’ll give one or both ideas a go. That’s it from me today, and I look forward to being back with you tomorrow! In the meantime, happy crafting.