When I first saw a double-slider card with an element on the front that moved, I was totally blown away by it, and I hope you are, too! The video I saw was by a young lady in Germany named Britta Kohaupt aka Ploetzlich Kreativ. I don’t speak German so I didn’t understand what she was saying, but I was able to follow what she was doing! Britta made her video about two years ago and the stamp set she used was called Bike Ride. 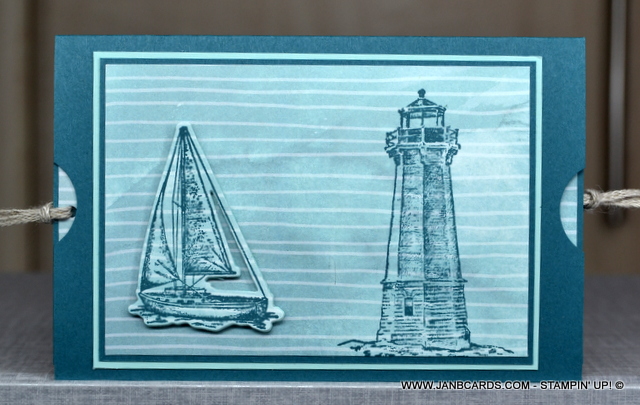 It was a stamp set that had numerous stamps and dies, and it allowed you to build a bike with a small dog sitting on it or a basket of flowers, etc. Britta added the magnets to the wheels of the bike and from my experience of the two cards I made, I think it’s probably better to have a moving image that has one magnet in front of the other rather than one above the other, like mine.

See the yacht in different positions on the card front!

Having said that it worked very well with the yacht although it didn’t so well for my Japanese lady. I think her image was just too slim. If you watch the video you’ll see the Japanese lady comes off at the end when the card is opened completely. If the image had been bigger and the magnets had been one in front of the other, the back magnet would have kept the image anchored to the middle section. I hope I’ve explained that properly!

Had I known this about the magnets, I could have used the Geared Up Garage Stamp Set and reversed the card so I could get the car to drive from the right to the left! I think it would look a bit silly with the car reversing back over the card! LOL! I’ve been through the catalogue to see what else would have been suitable: Let it Ride (horse), Leave A Little Sparkle (unicorn), Ride With Me (courier – UPS?), Heartland (tractor) and several others – but they’d need fussy cutting! 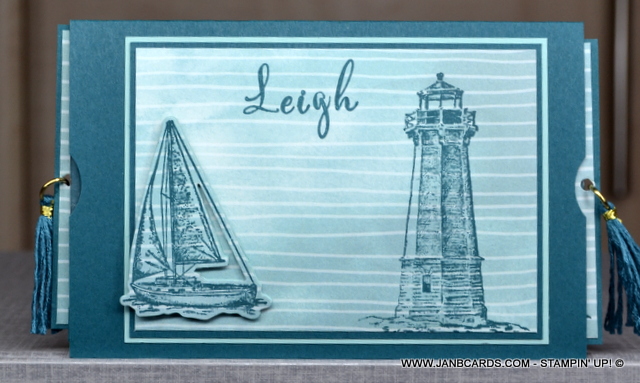 This video is one of my very rare ones where I almost finish videoing and make such a boo-boo that either I can’t get out of it, or I can get out of it but leave lots of viewers totally confused. This video was the latter. On the plus side, it did teach me what to look out for when I’m assembling the mechanical side of this card. This meant I was able to pass this on to my viewers so they don’t make the same boo-boo as me! 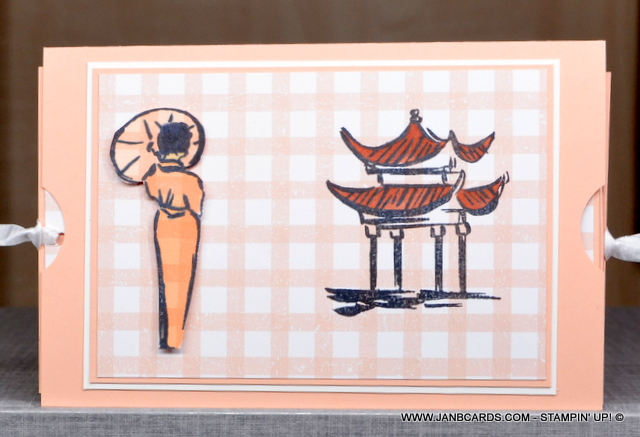 On the list of the products I’ve used, I included the Make A Difference Stamp Set because this is what I used to stamp my son-in-law’s name on his birthday card. This stamp set has an amazing 143 stamps which include script capital and small letters plus a selection of double letters like tt, ss, ll. There is also a small capital alphabet and numbers, as well as script numbers and several other bits and pieces as well as a small bunch of flowers!

On the card I made in the video, I left the space where I had stamped Leigh’s name on the first card blank. I did this so you can also add someone’s name if you’d like to. Either that or do what I’ll be doing which is finding another sentiment. You’ll see I have also included a photograph of my Japanese lady card despite the fact it didn’t work out because I think it might inspire you to come up with feminine cards.

That’s about it for today. I hope you have a very blessed Sunday and I look forward to being back with you tomorrow. In the meantime, happy crafting.