I hope you are keeping well. On Saturday evening, hubby and I received a WhatsApp message from our son Leigh telling us he was at the hospital with his girlfriend. He also included some photographs of her being attended by the paramedics while she was laying on the lawn in the garden. All we knew was that she had rolled over on the grass and cut her arm very badly on some broken glass. Leigh dialled 999 and the paramedics, four of them, were there in five minutes! 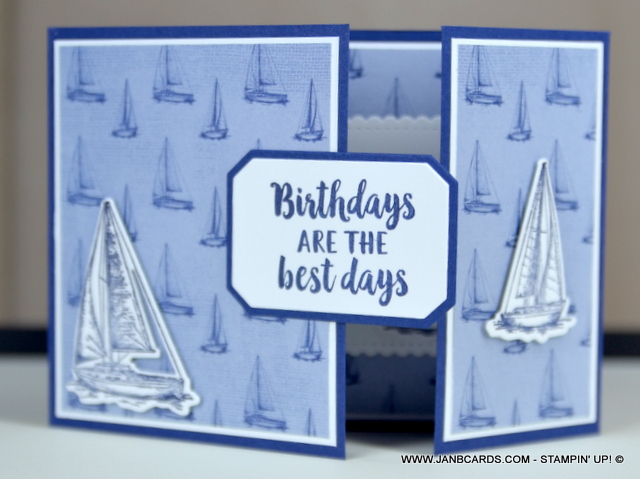 While his girlfriend was being looked after in the hospital, Leigh had to wait outside. I don’t know how long it was before she was allowed home, but Leigh told us she was OK and she’d had her arm stitched. This morning she was feeling fine but sore. Apparently she had been laying on the grass, relaxing in the glorious sunshine we have here in the UK. Unfortunately, she rolled over onto a glass of wine! 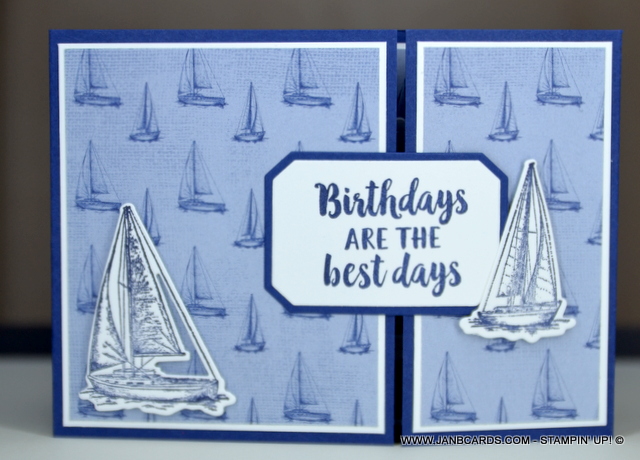 When I made yesterday’s video I said I had an idea in my mind for a masculine card in this style, and that I’d try to make one ready to share on my blog today. At this time of year, it’s a great way to use up retiring Designer Series Paper (DSP). Out of the three different ways I showed in my video how to decorate the inside of the card, I chose the one where I adhered a sheet of DSP on the Whisper White Cardstock (CS) layer and then added a die-cut Whisper White CS label. 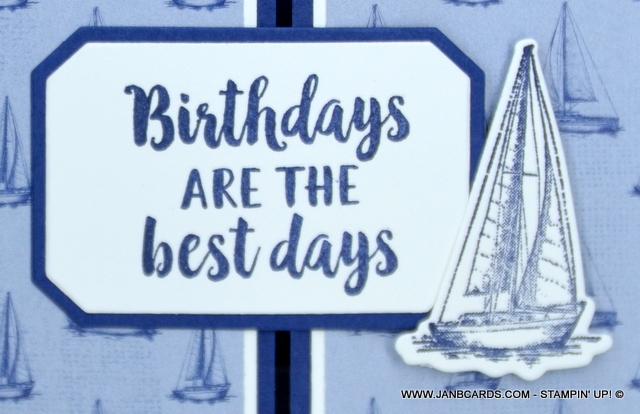 The DSP is called Come Sail Away. I used Night of Navy CS for the card base, Whisper White CS for the middle layers and then the DSP for the top layers. The method and measurements to make the Double Front Flap card are exactly the same as the video. I also replicated the sentiment (Beautiful Friendship Stamp Set) and the layer and dies (Frosted Bouquet Framelits Dies) I used in the video. The main change was using something to anchor the card closed other than a flower!! 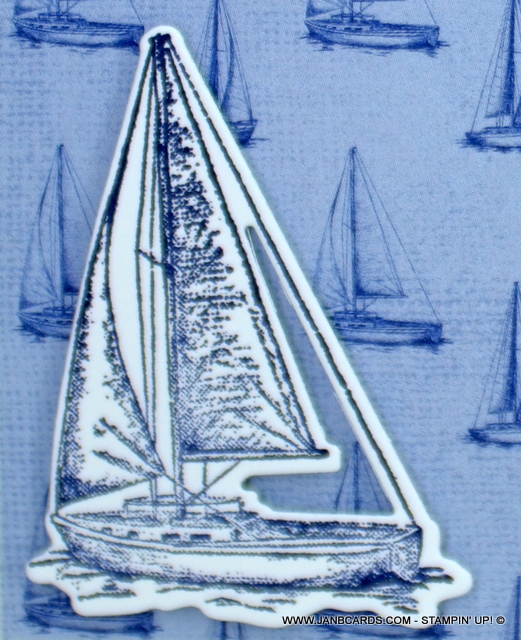 Using Night of Navy Ink on Whisper White CS,  I stamped two large and two smaller yachts from the Sailing Home Stamp Set. I die-cut them using the dies from the Smooth Sailing Dies. I positioned one of each on the front of the card – the large yacht on the large flap and the smaller yacht on the smaller flap. Positioning the Mini Dimensionals was crucial! I put one right at the top and three down the right–hand side of the yacht (as you look at the front of it).

I held the card closed and worked out the correct position for the yacht following the guidance I gave in the video. It worked brilliantly but I needed one more Dimensional somewhere at the bottom. I took another small Dimensional and removed the top cover which allowed me to slide it under the yacht using my tweezers. 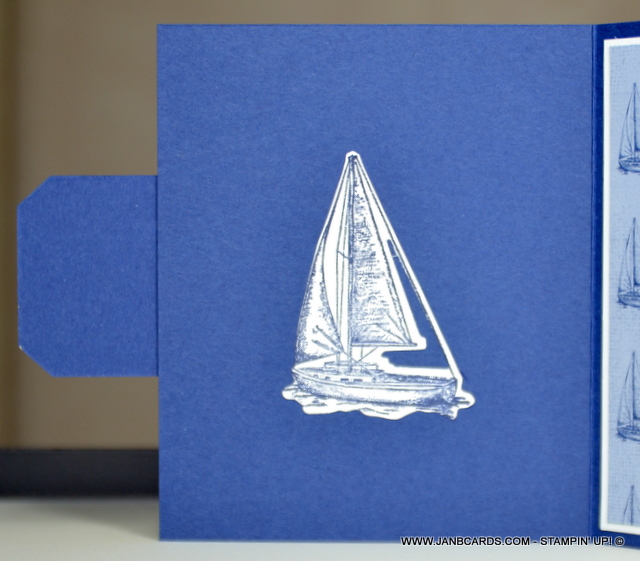 The front of the card looked well-balanced and I was happy! I decorated the inside of the card in the same style as the Pressed Petals card I showed in yesterday’s video, i.e. a die-cut label created with the no 5 die from the Stitched So Sweetly Dies. I stepped up the masculine cad by adding the second small yacht to the bottom right-hand corner of the label. 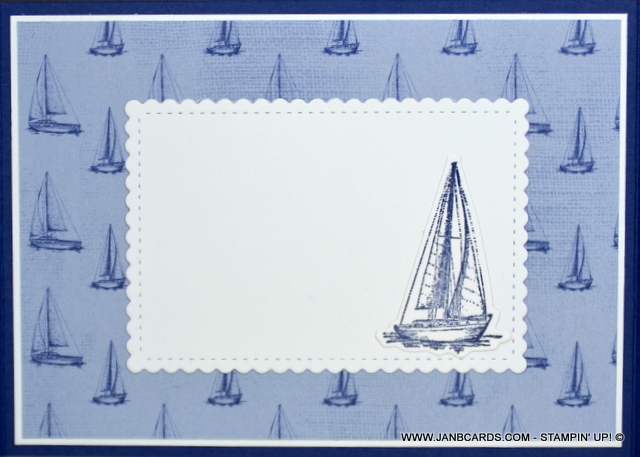 I was left with one large yacht and rather than putting it in the “created but not used bag” I decided to adhere it to the inside of the large flap. As the front of the card, the inside looks well balanced! I think this may be my favourite out of the four cards! Which is your favourite? That’s about it from me today. Please take good care and stay safe. Happy crafting.

Products used for this project: please click on any of the links to be taken to my 24/7 online Stampin’ Up! shop. The Hostess Code for APRIL 2020 is JWUHZ4J7. Thank you. xx