Today’s video was inspired by a video I saw by someone who goes by the name of Iced Images. I haven’t been able to find out her name but she says she believes this design to be her own idea which came to her while she was doing a craft demo. I agree with her because I couldn’t find any videos before hers. 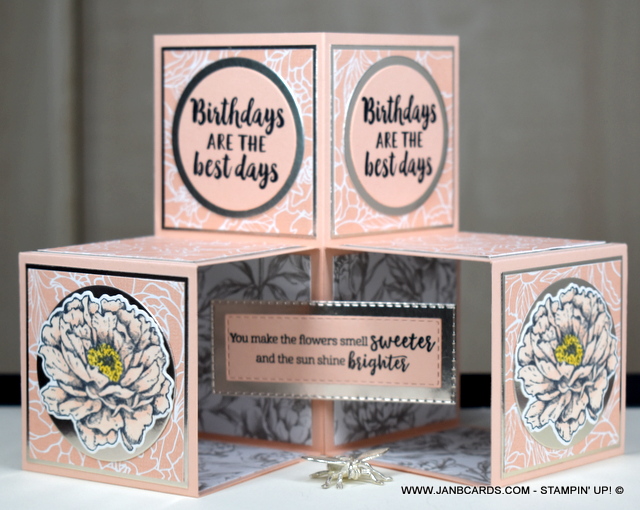 It’s such a brilliant idea and easy to make. The only challenge is getting the sentiment, that can be seen when the two smaller boxes are set apart, adhered in place. I don’t think it would detract from the card design if it was omitted, and the sentiments could be added in the same I did on three of my cards, i.e. excluding the Bumblebee Daisy card. 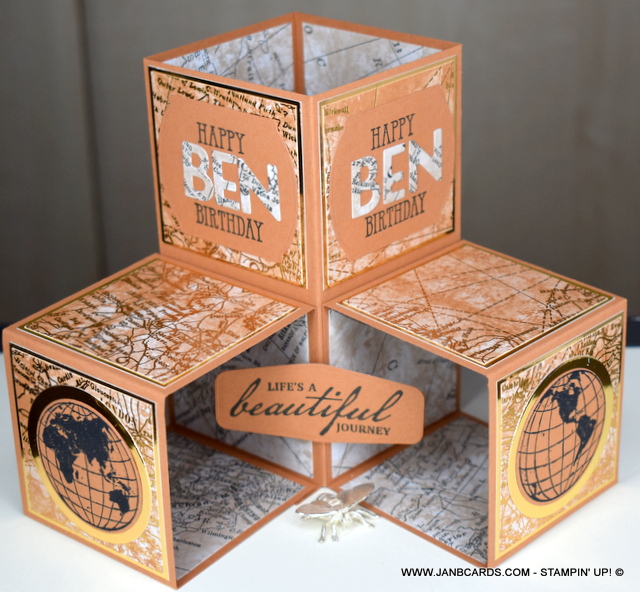 The four cards I made started with my first attempt, i.e. the daisy card, followed by the masculine card which is for one of my grandsons whose birthday is on 30.70.20. After this, I made the Christmas card using the Christmas Gleaming Designer Series Paper and the stamp set, both of which have been bought forward from last year. 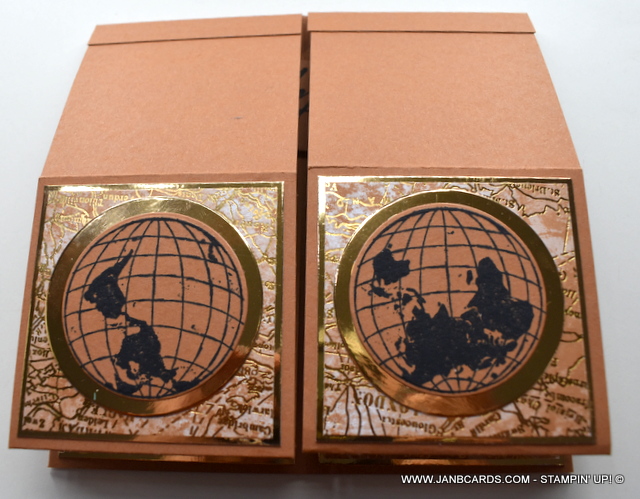 The card I made in the video is the Petal Pink Peony card. If I was asked which is my favourite I’d say the masculine card, next to the Christmas card, then the peony card. I really enjoyed making them all, including the daisy card, because it comes together so quickly and so easily. Apart from the challenge of fixing the sentiment inside the two smaller boxes, the hardest part was designing each card. 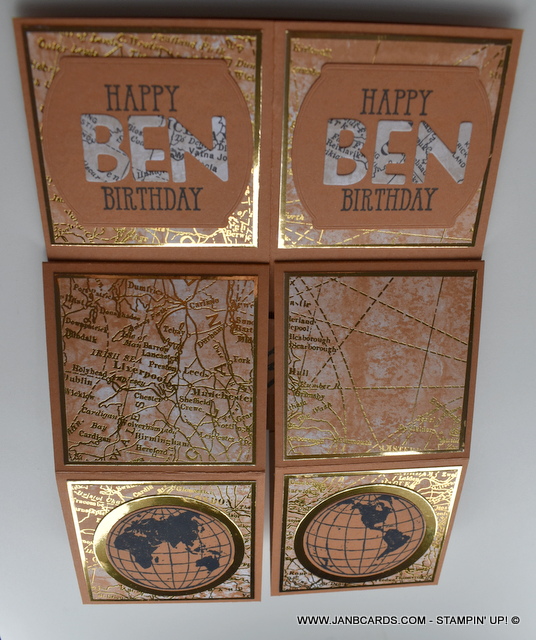 The Christmas card has a decoration/sentiment on all six outer surfaces because I found one large and one small star in my bag of Copper Foil die-cuts. After the video, I die-cut two more for the sixth surface and I’m pleased with how it looks. I would have liked to have added something more to the peony card but I was out of ideas at the time! LOL! 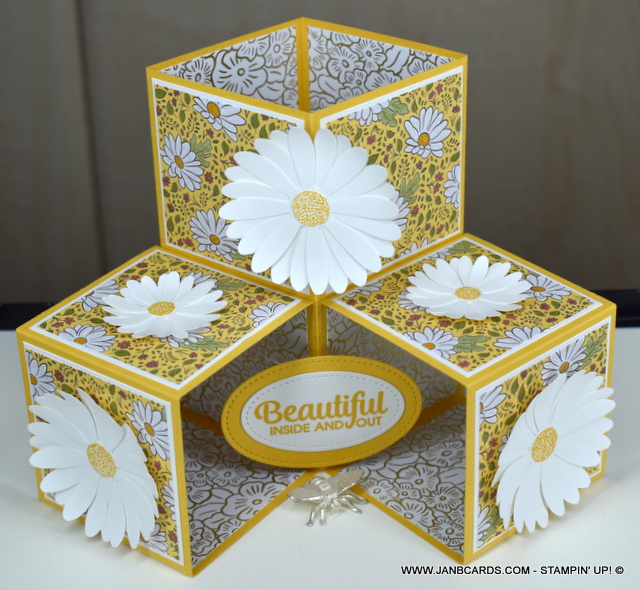 One thing I forgot to address during the video and I did mean to, was a question I know I will be asked and that is where would I write my greeting. Out of my four cards, the only card that would raise this question is the Christmas card. Personally I’d use a white gel pen and write on the back but that’s not the kind of thing that many non-crafters will have laying around at home! 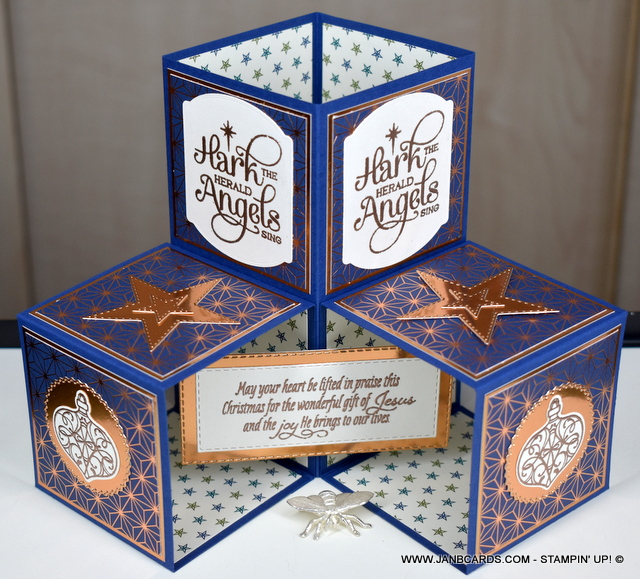 In this case, I think I would add a small single fold card in Night of Navy and add a white layer inside to be written on. I would avoid just adding a decorative Whisper White label on one of the two back panels because it would be visible. I’d make the opening of the single fold card face the join between the two non-decorated panels. I hope that makes sense!

That’s it from me today. I wish you a very blessed Sunday and look forward to being back with you tomorrow. In the meantime, please take care and stay safe. Happy crafting.