The latest trend in cardmaking seems to be making slimline cards. I’m not sure I like the idea but unless I give it a try I’m not going to be in a position to say one way or another! I checked out two American videos – I didn’t see any UK videos for slimline cards – for sizing and they both quoted the size of the card base was 8½” x 7” scored at 3½”.

For my first slimline card, I started with a Pretty Peacock Cardstock (CS) card base, a middle layer of Very Vanilla CS with a top layer of Brightly Gleaming Designer Series Paper (DSP). This pack of DSP contains several designs with copper foiling and although I chose a design without any I decided to use Copper Embossing Powder for the three baubles and the sentiment. 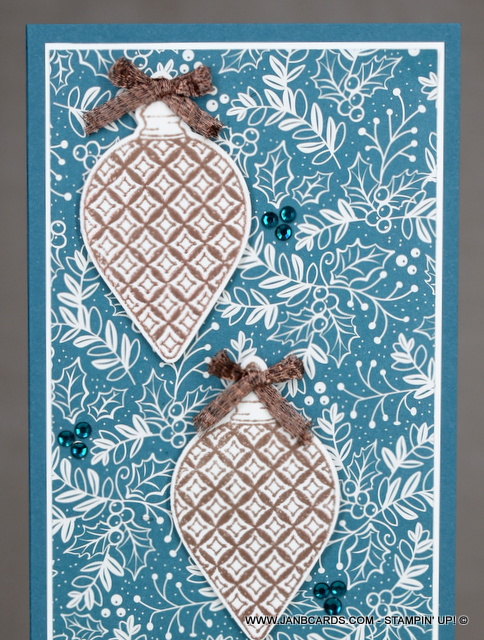 After I had heat embossed four baubles – one was for the inside of the card – I punched them out with the matching punch. The sentiment is from the Christmas Gleaming Stamp Set and I like it because it’s the surround rather than the words that are heat embossed and it’s so easy to cut out by hand just using scissors! I wanted an edging of Very Vanilla CS which saved me from creating a layer for the sentiment.

I used some of the retired Copper Trim to make a small bow for each of the three baubles on the front of the card. Next, I adhered them in place using Tombow! I popped all three baubles up on Dimensionals in a diagonal line; top left down to bottom right! As I was positioning the second and third baubles I made sure I left enough room for the sentiment. 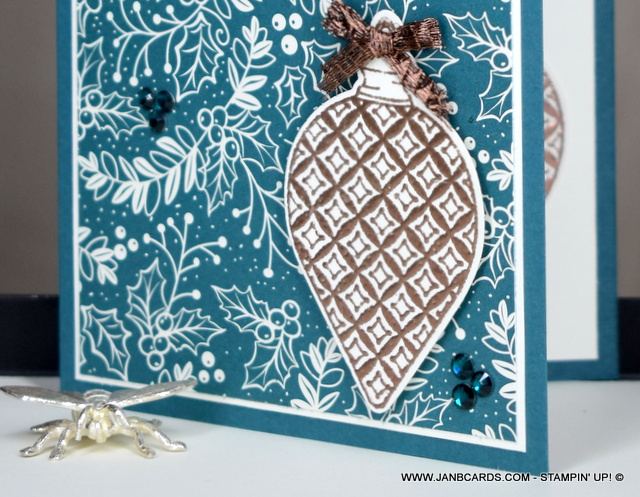 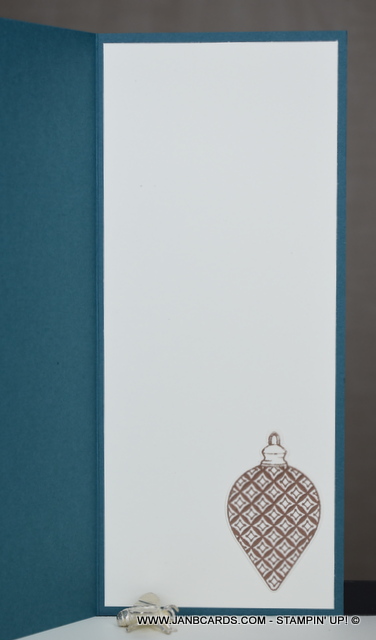 All that was left for me to do was adhering a middle layer of Very Vanilla CS inside the card for the greeting. As I said earlier I heat embossed four baubles using Copper Emboss Powder, so I adhered the fourth bauble in the bottom right-hand corner. If I was making a regular-sized card I would have used the smaller bauble that’s in the stamp set because this one is too big but it’s a great size for a slimline card! 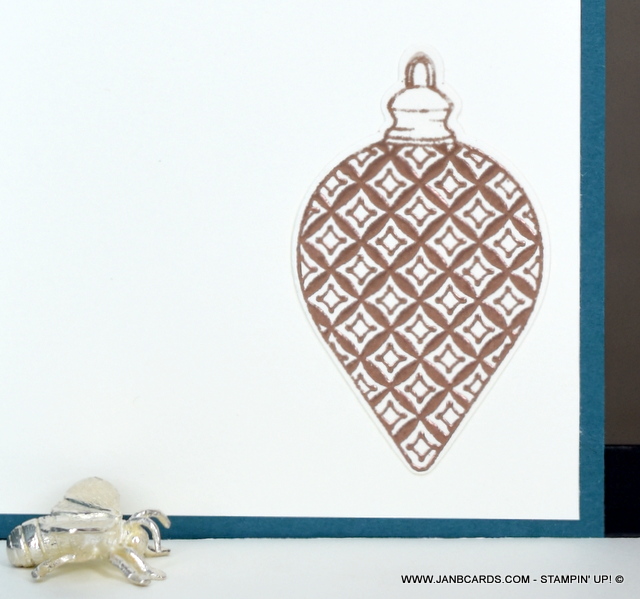 What do you think about slimline cards – do you like them or not? For me, as the saying goes, the jury is still out! That’s about it from me today. I look forward to being back with you tomorrow and in the meantime, please take care and stay safe. Happy crafting.