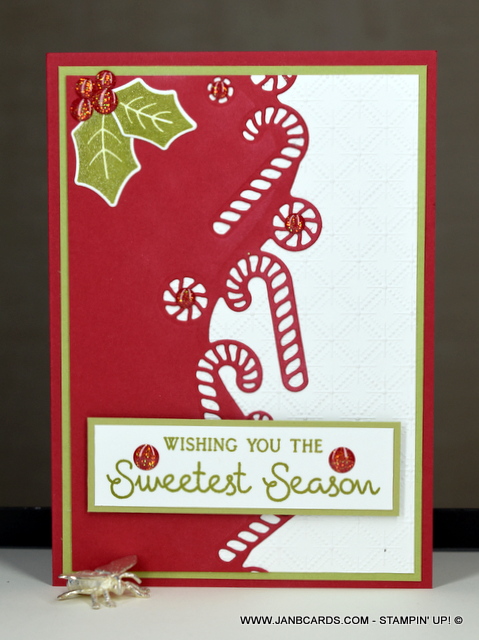 The only problem I had when I was making today’s card was that everything dictated a colour combo of Real Red and Whisper White. I wanted to have another colour and decided on Pear Pizzazz so I could use the holly and berry stamps and dies. It made such a difference and changed the card from “I’m not sure about this” to ” Yay that works well”.

I didn’t think it would work to emboss the Real Red Cardstock (CS), so I embossed the Whisper White CS layer using the Dainty Diamonds 3D Embossing Folder. The Real Red CS was longer than the height of my top layer and about 2.75″ wide. The reason I used longer cardstock was to allow me to choose where to cut the excess off so I could take into account which images would be cut halfway through. 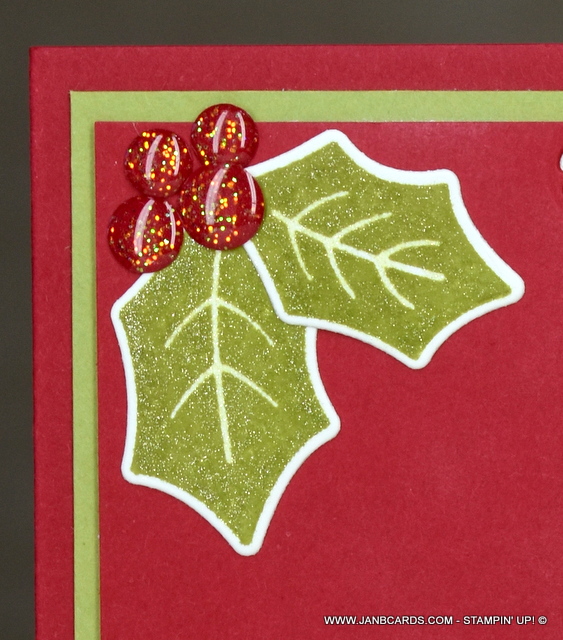 Now that I’ve seen how the images lay on my top layer which is 3.75″ tall, next time I use this die I can start with a piece that’s the correct size. I could have started with a piece of cardstock which was the right size and judged it by moving the die into different positions. Another option would have been to change the height of my top layer, but I was happy with how my way worked and with the die-cut border, too! 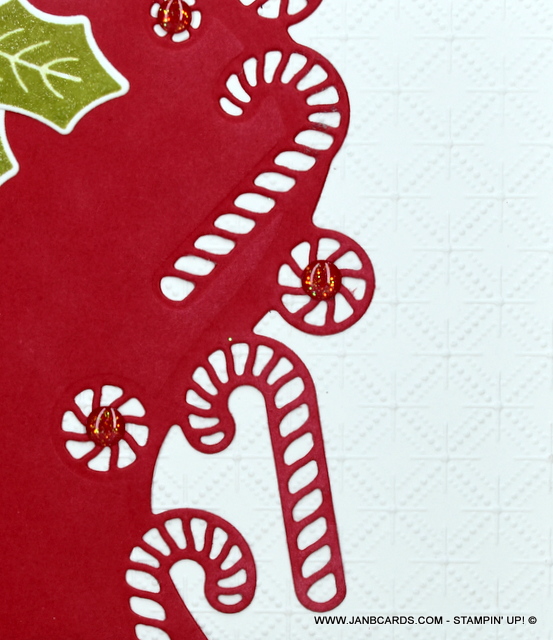 I chose the WISHING YOU THE SWEETEST SEASON sentiment from the stamp set because it ties the holly and the candy canes together very well. While I had my Stamparatus out I also stamped three large and three small holly leaves and four clusters of berries, all of which have a die in the matching die set. 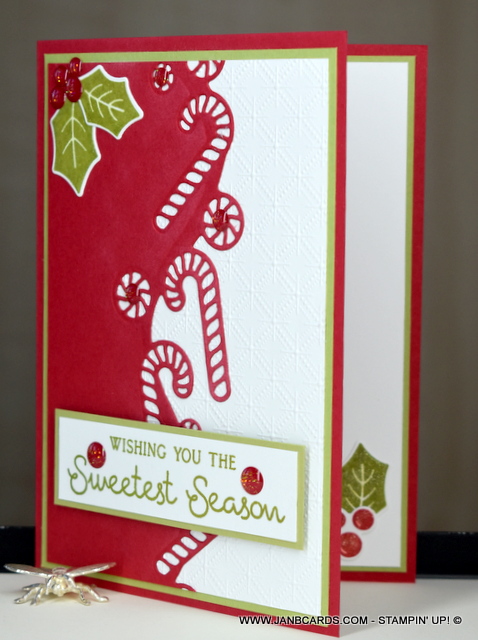 Once I’d put the card together, I decided to use some Real Red Glitter Dots from last year’s packet of Toile Tidings Glitter Dots. I also added two to the sentiment and three to the small circles. My final touch for the front of my card was to paint the two holly leaves using my Clear Wink of Stella Glitter Pen. 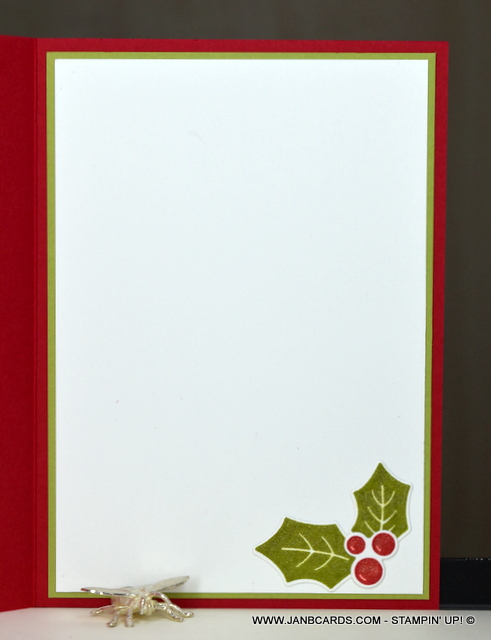 To decorate the inside of my card I adhered a top layer of Whisper White CS to a middle layer of Pear Pizzazz CS which I then adhered inside the card. I adhered one large and one small holly leaves in the bottom right-hand corner and added a cluster of three berries in the corner. My final touch was to paint the leaves and the berries using my Clear Wink of Stella Glitter Pen. 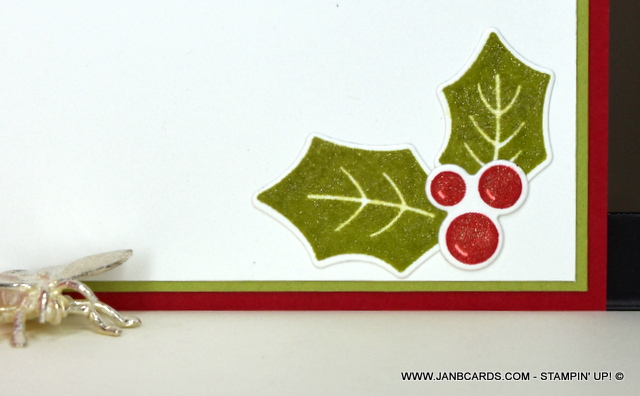 When I first saw the candy cane die I didn’t think very much of it but now I’ve created a card using it, I’ve grown to quite like it now. I think it didn’t help that when I was first looking at it, I was looking at it horizontally but it was clearly made to be used vertically……..I think! LOL! I can see me finding this bundle good value for money because the holly and berries can be used with lots of different Christmas cards. We’ll see!

That’s about it from me today. I look forward to being back with you tomorrow and in the meantime, please take care and stay safe. Happy crafting.