When I started working on today’s card, hubby came into my studio to chat. I showed him what I was working on and he said “surely that’s a video!” and I said, “no because this bit has to be done eight times!” “Oh!” he said. He removed himself from my chair and said “I’ll leave you to it then!” and off he went! As you know he’s my best critic and I started asking myself “could I make it a video”. Not surprisingly, by now, I was totally distracted so I went on to make today’s “ordinary” card still thinking about the video idea for the card! As the saying goes, the jury is still out! 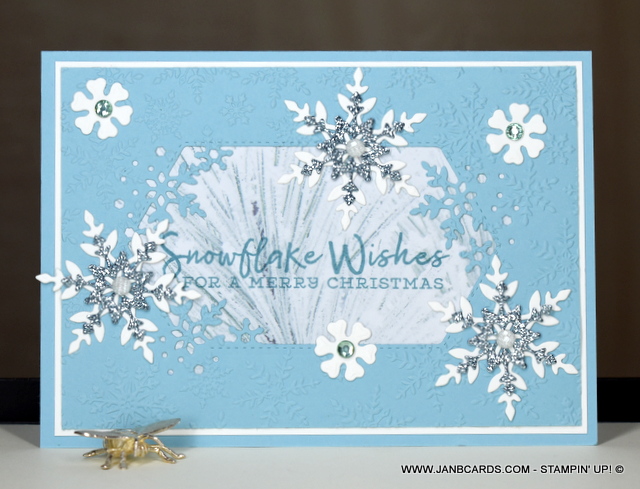 I decided to use what I call the window die from the So Many Snowflakes Dies and die-cut it from a top layer of Balmy Blue Cardstock (CS). After I had die-cut the window, I embossed the layer using the Winter Snow Embossing Folder. Next, I chose a design from the Feels Like Frost 6″ x 6″ Designer Series Paper (DSP) pack to go behind the window.

I set my Stamparatus up so I could stamp the sentiment SNOWFLAKE WISHES FOR A MERRY CHRISTMAS on the DSP so it shows through the window. Once I had finished my card I realised I should have used a darker blue for the sentiment! After I had adhered the top Balmy Blue layer on the DSP, which was one-eighth of an inch shorter by width and by height, I adhered it to a middle layer of Whisper White CS, and then onto a card base of Balmy Blue CS. 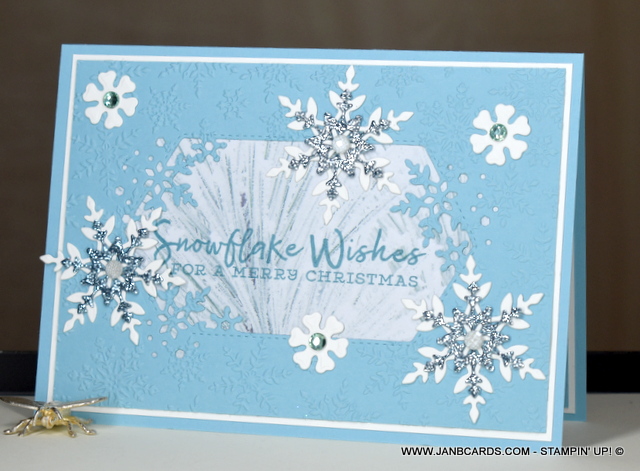 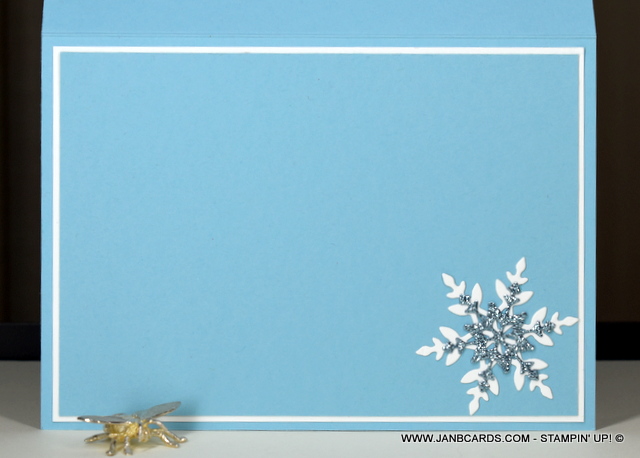 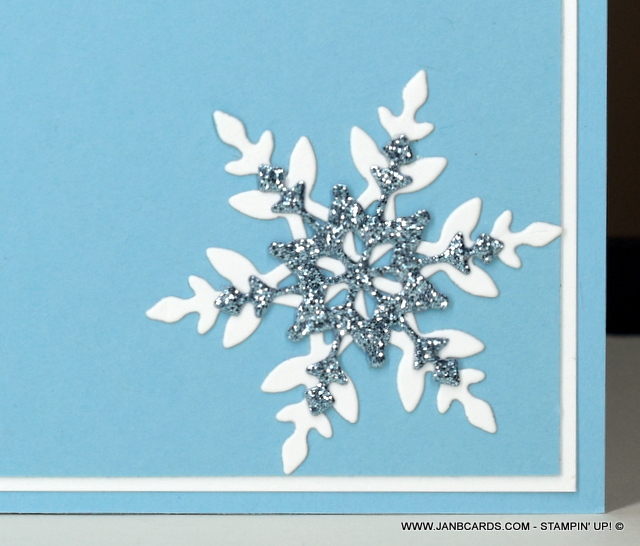 This is an unusually busy card from me today but I’m still happy with the end result. That’s it from me today. I look forward to being back with you tomorrow and in the meantime please take care and stay safe. Happy crafting.