I had decided I would make a video showing how to make a floating snowflake card using Window Sheets (acetate). As I was working on the project I allowed myself to get somewhat carried away and also made a Floating Snowflake using Crystal String as well. I call it Crystal String because that’s the name on the reel but it’s more like nylon thread. It’s almost invisible but I think it’s what people use when they make fashion jewellery. I bought it at a craft fair a few years ago at a jewellery stand! If you know what this product is, I’d love to know. 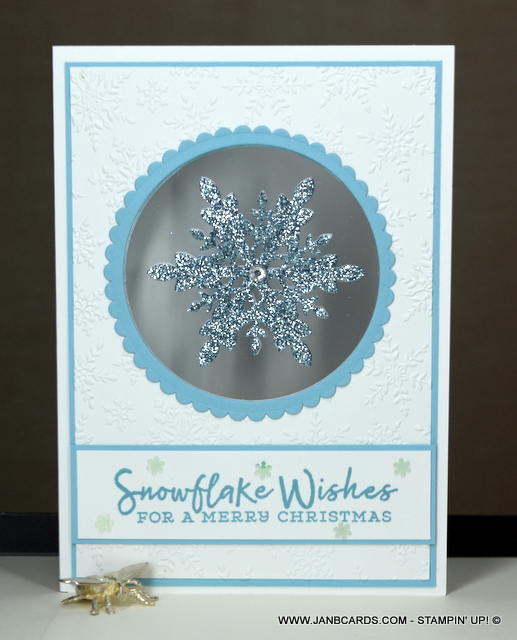 As I was working my way through these cards – I made five altogether I kept making little changes until I was really happy with the result. I like both styles but if I favour one it’s probably the acetate card. It was a lot easier to make, and therefore quicker, and I like the added shine of the acetate.

My first card had the top layer on the front embossed with the gorgeous Winter Snow Embossing Folder. As I was preparing to make the video I decided to emboss the top White White Cardstock (CS) layer on the inside of the card as well. I think it looks so much nicer seeing the embossing inside and out. 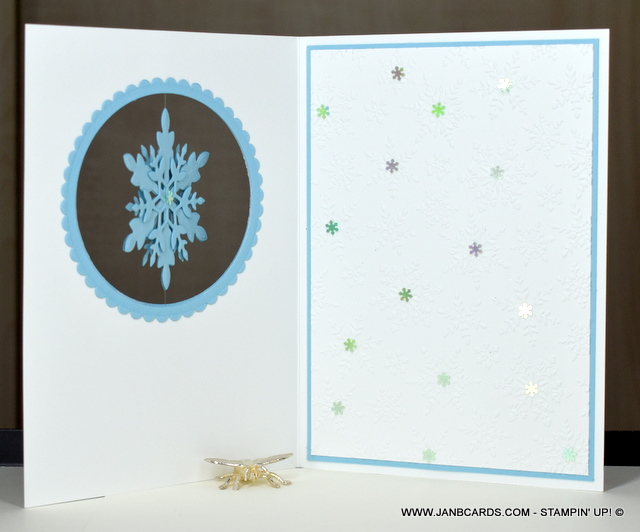 Originally, I had decided that I’d write the greeting inside the card lower down below the window but when I decided to emboss that layer, I decided I’d write my greeting under the window on the inside. To add some extra interest to the inside embossed layer I added some Adhesive-Backed Snowflakes in the centres of the largest snowflakes. 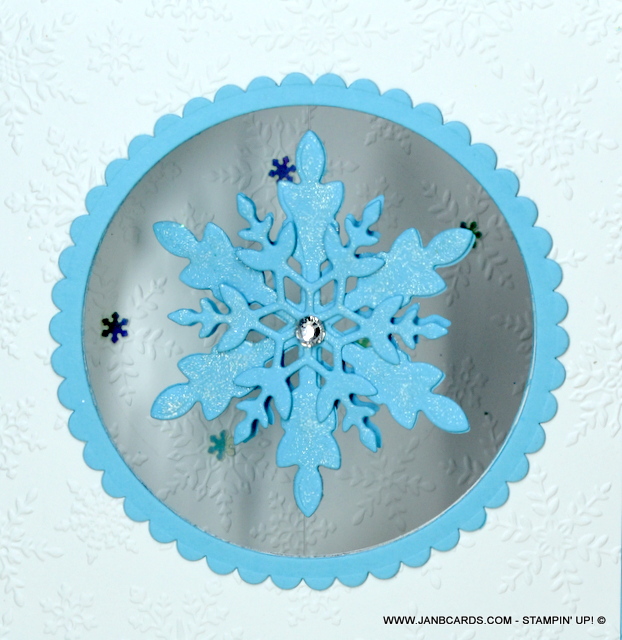 On the first floating snowflake on the string, when I adhered the top layers to the front of the card, it made a visible bump on the area where the string was below the window. To cover this and to make it less obvious I die-cut a stitched Rectangle using the no. 4 die from the slim dies in the set. When I made this card on the video, I cut the string much shorter which made it a lot less obvious.

I thoroughly enjoyed working on this project and I hope you like it too! I wish you a very blessed Sunday and I look forward to being back with you tomorrow. Please take care and stay safe. Happy crafting.