I think I may have overdone the bling on today’s card! It started when the new Essential Tag Punch arrived yesterday in my latest order. I didn’t order it as a bundle because it was only the punch I was after. In my delivery, there was my second packet of Balmy Blue Shimmer Paper plus a packet of the Snowflake Splendour Designer Series Paper (DSP). So much for me feeling pleased with myself when we were able to pre-order from the new mini catalogue in July! My order was relatively small in comparison to what my first order from a new catalogue is. Talk about making up for lost time! I seem to be putting in a new order each week whereas normally I do one a month! Such discipline! 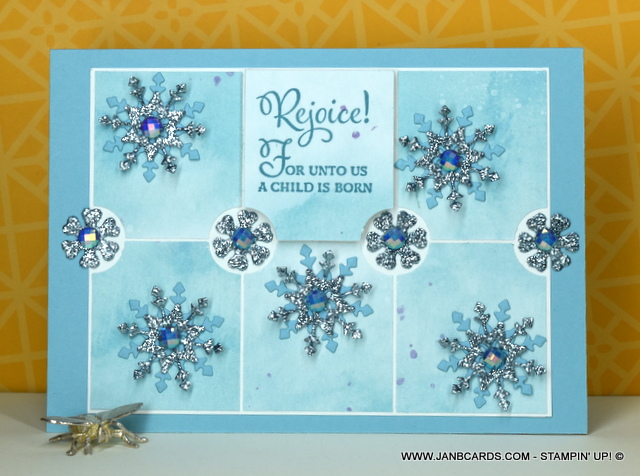 I decided to case the Stampin’ Up! card in the mini catalogue on page 61 – see the photograph by the side of the photograph of the punch. When I first saw it I thought it was a brilliant idea! I should have stopped to think about it before I dived in! The SU card has been made on a US size card which is quite different from A6 cards made by those of us who use A4 size cardstock! After giving my brain a work out with numbers and calculations, I finished up with today’s card. The side margins are a different size to the top and bottom margins. My original plan was to cut the small snowflakes in the blank circles at either end – that go across the front of the card – in half. I decided to leave them whole which I think helps minimise the difference and makes it look more balanced. 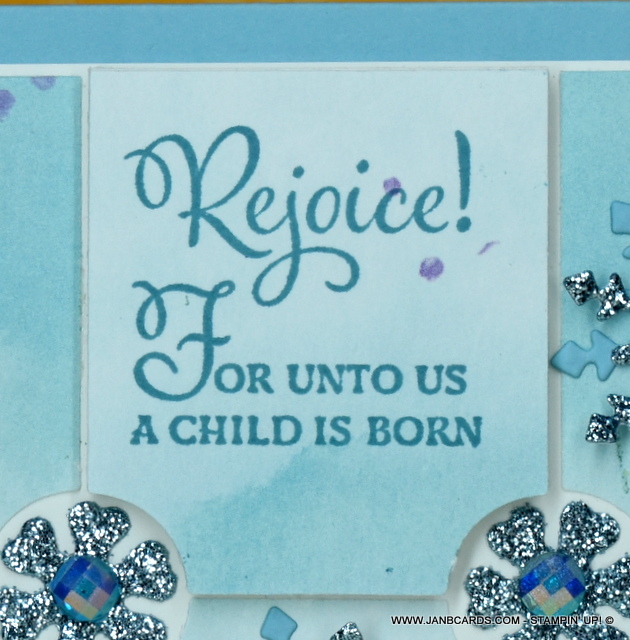 I haven’t noted all the measurements for A4-users but I can get them if you’d like them. The only measurement I do know is that after I had punched the tags I had to cut off 3/16″ from the bottom straight cut line. My card base is Balmy Blue Cardstock (CS), and the tags were punched from a design in the Snowflake Splendour DSP. I adhered all six tags in place onto a piece of Whisper White CS leaving a small gap all the way around, which I then adhered to the card base. After I had die-cut five of the smallest fancy snowflake – using the Balmy Blue Glimmer Paper – from the So Many Snowflakes Dies I die-cut another five using Balmy Blue CS. While I was running these through my Cut & Emboss machine, I also die-cut four of the small plain snowflakes using the Glimmer Paper.

After I had adhered one set of snowflakes randomly in five of the tags – leaving the top middle one free – I adhered the four small snowflakes allowing the two end ones to stand proud of the Whisper White CS layer. I chose two sentiments from the Peaceful Nativity Stamp Set, REJOICE and FOR UNTO US A CHILD IS BORN. Unfortunately, I couldn’t set the two stamps close enough, to fit the tag, on my Stamparatus. So I positioned the REJOICE first, and then moved the tag along so I could get the second stamp in position. I punched out a tag in a piece of retired cardstock, shortened it and tested to make sure both stamps straight. 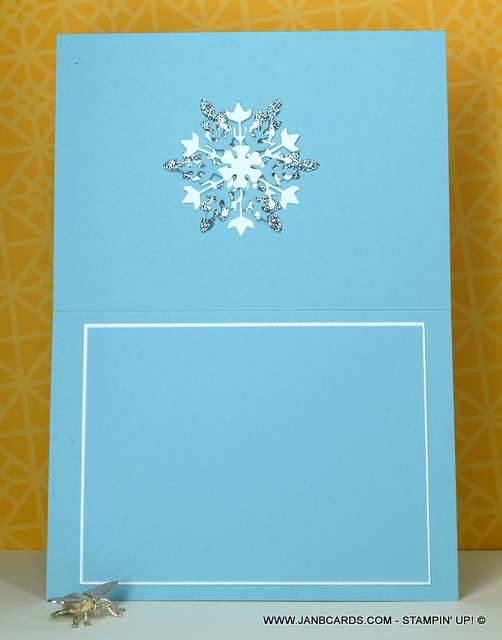 Using our Thick Whisper White CS I punched out five tags and shortened them as necessary so I could adhere them all together and then adhere the sentiment tag on top. I decided not to add any bling to it because I felt there was so much bling all around, being without makes the sentiment stand out more. Do you agree? By the way, the bling I used is from the pack of Blue Adhesive-Backed Gems. Inside the card, I added a Whisper White CS layer and then a Balmy Blue CS layer both of which I kept to the same size as the front two layers. As these are a fair bit smaller than normal, I added a layer of snowflakes on the facing side rather than decorating on the layers. 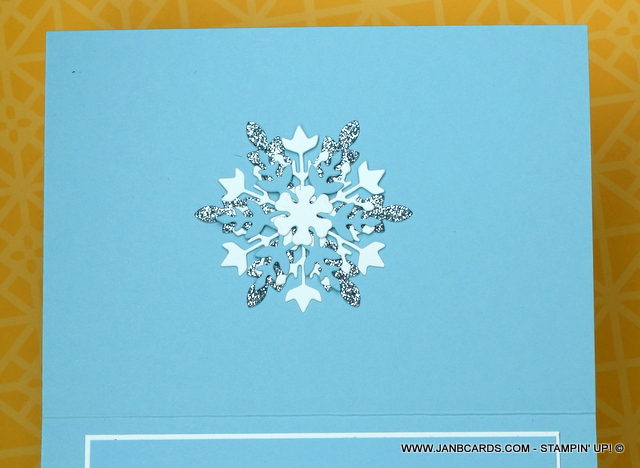 I think that’s about it from me today. I hope you have a fabulous Friday and I look forward to being back with you tomorrow. In the meantime, please take care and stay safe. Happy crafting.