On Sunday our visit to Wembley to see another car that hubby was interested in proved to be highly successful! The only downside of getting everything sorted out in one go was that I had to drive home with hubby following behind in his new car and with me concentrating on satnav! Wembley is in west London and the roads and traffic are horrendous! But all’s well that ends well! I didn’t make any wrong turns and I didn’t leave hubby stranded at any of the hundreds of traffic lights on our journey home! 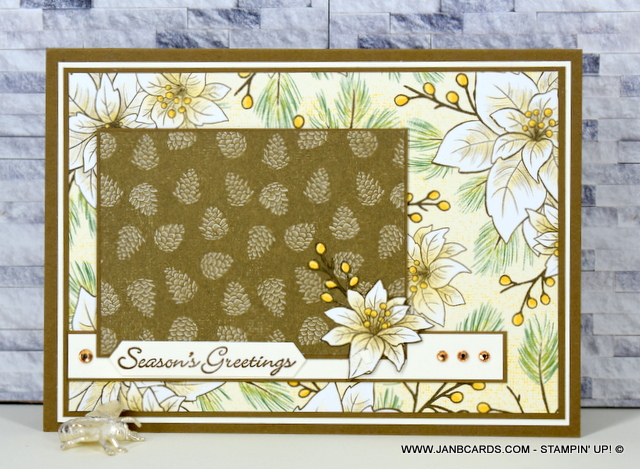 Today’s card is another sketch from Freshly Made Sketches (no. 456). I’ve included a photograph of the sketch and I’ve written the measurements I used for my card which is a UK A6-size card. For US-size cards please use my measurements as a rough guide amending where necessary. I started my card with my usual basics, i.e. Soft Suede Cardstock (CS) card base, Very Vanilla CS middle layer and Soft Suede CS top layer. After this, my next layer is the largest shape on the sketch which I cut as 5 1/4″ x 3 5/8″ using the light-coloured Poinsettia Place Designer Series Paper (DSP). This piece is one-eighth of an inch shorter on two adjacent sides to the regular top layer I had used. 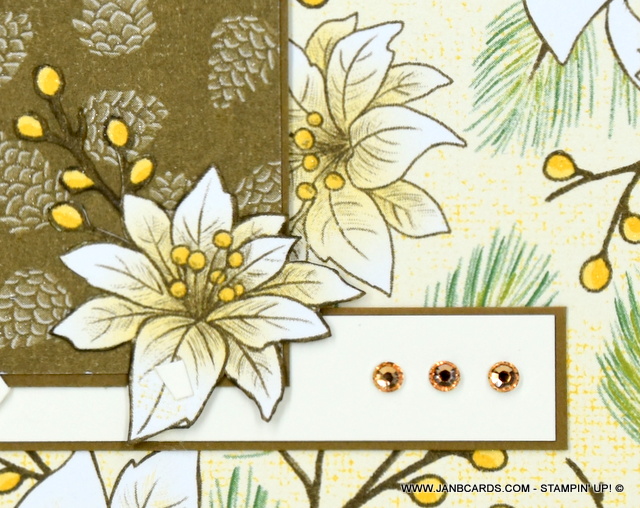 The size of the Soft Suede DSP, which I called DSP 2 on the photograph of the sketch, was guesswork. I measured the gap above and below the sketch which I had printed off from my laptop. They were both 5/8″ and after measuring the height of DSP 2 I decided it was approximately four times 5/8″. After doing the sums I decided 2 3/8″ for the height would look about right. One of the beauties of following sketches – and there are several! – is that the measurements don’t have to be precise.

Some sketches indicate where the sentiment should go but as it was absent from no 456, I decided to add it onto the cardstock strip which goes along underneath DSP 2. Every layer I do, I always add a cardstock layer beneath it; this can be seen under DSP 2 as well as the Very Vanilla strip just below it. The circle on this strip could be used for the sentiment but as soon as I had decided to use the Poinsettia Place DSP I knew I wanted to use a flower instead of the circle. The flower was fussy cut from the DSP 1 design paper. 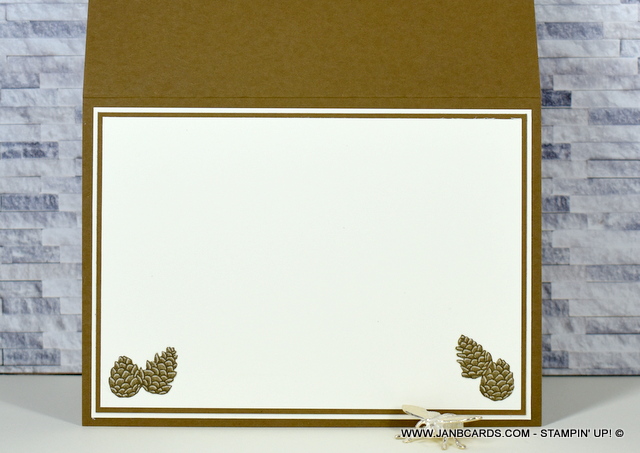 One of the things Kristie Marcotte does when she’s copying sketches is where she is adding a layer that’s going onto another layer but just part of the way, she adds a scrap of cardstock to level it off. To give an example of what I mean, look at the DSP 2 design which I have layered onto a piece of Soft Suede CS. When I adhered it onto the card front, the lowest part was being adhered over the Very Vanilla CS strip which has been adhered to a Soft Suede CS layer. This means there will be a dip where the layer doesn’t adhere to the Very Vanilla strip. I hope I’ve explained that properly.

I copied Kristie’s idea and it works very well! After I had finished adding the sentiment and the Champagne Rhinestones I painted the berries and the fir cones using my Clear Wink of Stella Glitter Pen. Inside the card, I added a middle layer of Very Vanilla CS, a top layer of Soft Suede CS and an extra top layer in Very Vanilla CS. I also fussy-cut some fir cones from another piece of DSP and adhered them in the bottom left-hand and bottom right-hand corners. I finished off with some Clear Wink of Stella Glitter. 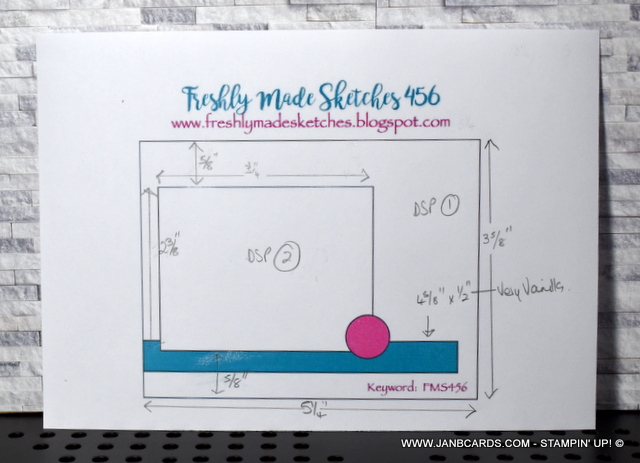 I have another idea for this card so I may re-do this sketch in a week or two. That’s it from me today and I look forward to being back with you tomorrow. In the meantime, take care and stay safe. Happy crafting.

Products used for this project: please click on any of the links to be taken to my 24/7 online Stampin’ Up! shop. The Hostess Code for OCTOBER 2020 is 3E2YYKZV. Thank you. xx

Add All to Cart