Last week I shared a card which had Whisper White Cardstock “triangles” on either side and some Designer Series Paper (DSP) in the centre which hubby said looked like a necktie – I couldn’t disagree with him! I was asked if I’d make a video to show how I made the card. As I started planning a video, I decided I’d make two cards both of which shared part of two top layers – therefore there wasn’t any wastage! 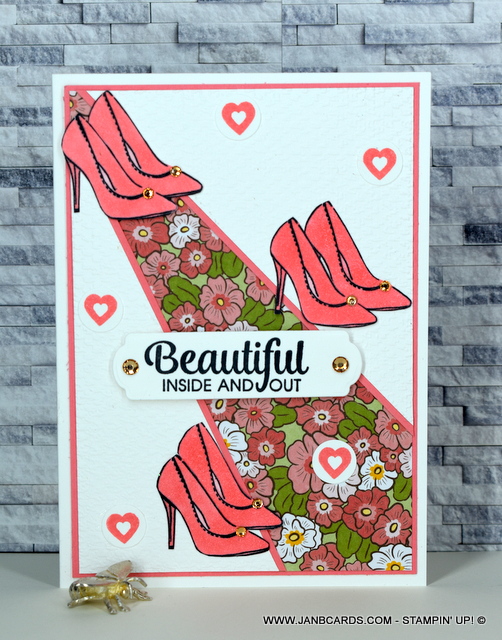 I made the second card to the Christmas card I shared and then I made two masculine cards using the Coming Home Stamp Set and a World of Good Designer Series Paper (DSP). Both cards worked out brilliantly apart from the fact I’d put one of my measurements in the wrong places. This wasn’t an actual mistake because there isn’t a set rule for this. 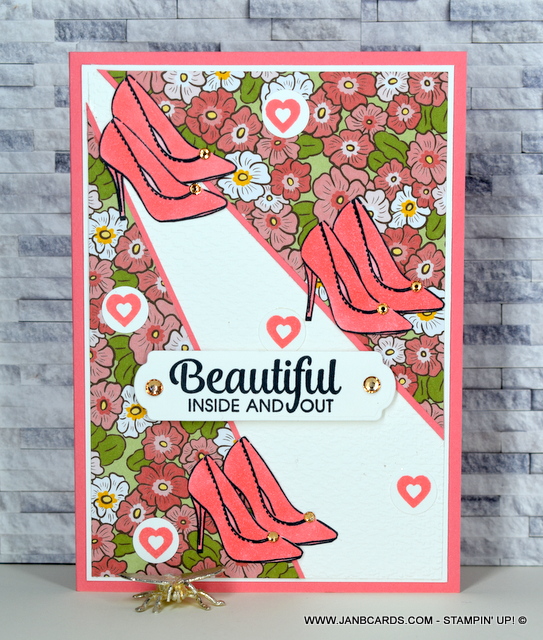 Although the card turned out well, I would have preferred the centre panels to have been slimmer. I remedied this for the feminine card I made during the video. I’m not a fan of Flirty Flamingo but it blended well with the Ornate Garden DSP. When I had finished this card I added some Champagne Rhinestones and this made my card pop! 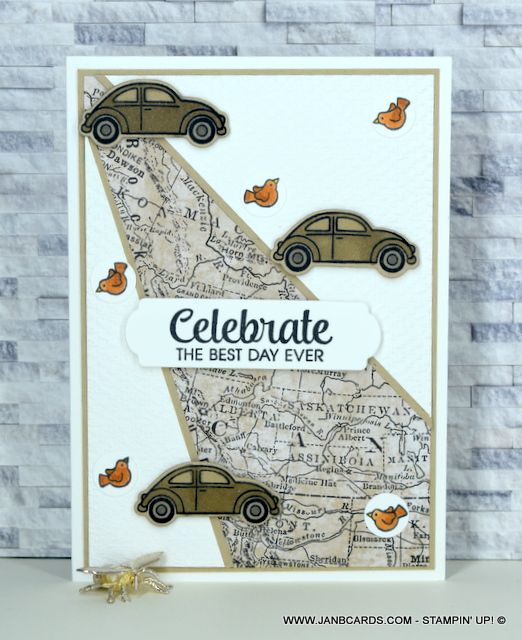 Near the beginning of the video, I explained I was going to add a quick demonstration on at the end to show what I meant by something I wrote on my blog last week. However, instead of you being able to see this, you will see the video ends rather abruptly! Let me give a brief explanation of what happened! 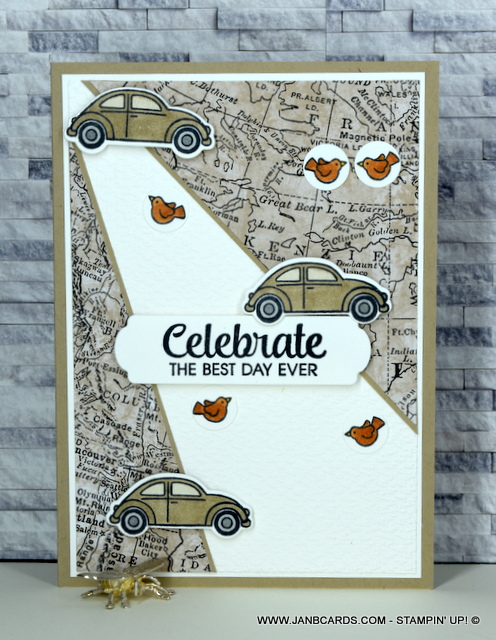 One of my cards last weekend featured a snowman with some trees and a  wreath. The top layer of the card was a black script on – what looked to me as – a pale grey background. The DSP is from the Wonder of the Season and when I put my stamped sentiment on it because it was also black script, it seemed to disappear! 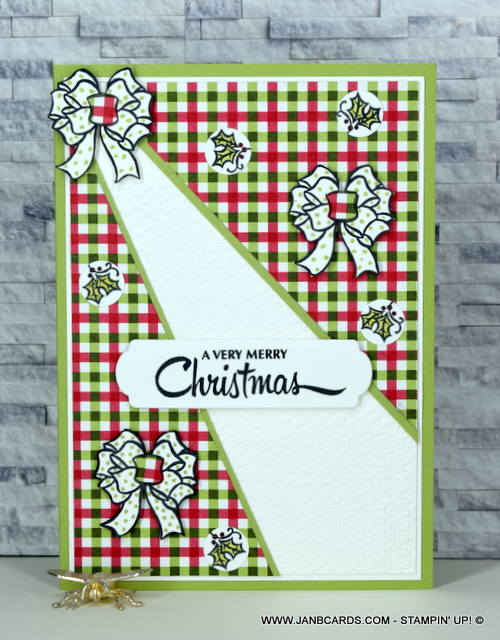 I needed a Garden Green Cardstock (CS) layer to make it stand out. I took a strip of cardstock that was wider than the sentiment die-cut but the ends were quite pointed after I’d used my corner rounder. I sorted this out by putting both ends of the Garden Green CS layer in the back of a circle punch. It worked beautifully!

Unfortunately, when I tried it at the end of today’s video, it didn’t work! It didn’t occur to me that this might happen so I was totally unprepared as to what I should do next! Understandably, because I made two cards for today’s video, it’s quite a bit longer than normal, so I decided to stop, delete that part of the video, and will go back to the drawing board to find out what went wrong! Watch this space!

I hope this doesn’t spoil your enjoyment of today’s video. I wish you a very blessed Sunday and I look forward to being back with you tomorrow. In the meantime, please take care and stay safe. Happy crafting.