It was announced yesterday evening that England is going back into lockdown for four weeks starting on Thursday, 5th November! That’s also the day which also sees the start of the Stampin’ Up! Virtual OnStage event – called OnStage@Home – and it’s also hubby’s birthday! Personally, I’m pleased about a lockdown except it means I probably won’t be able to have Sharon to do my nails! Like a lot of countries, cases of Covid are spiking at an alarming rate and something drastic needs to be done! 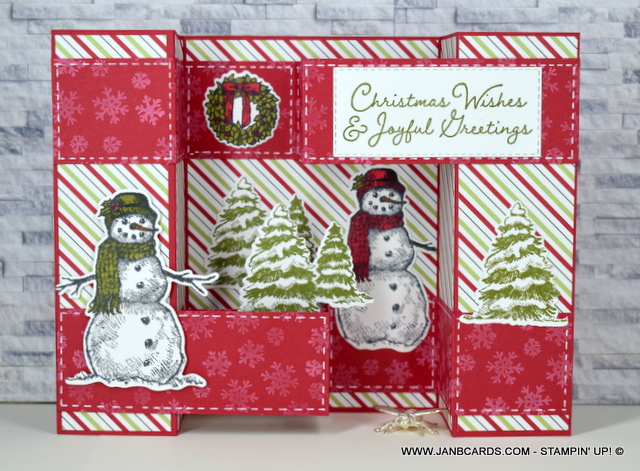 Today’s video shows how to make a fun fancy fold card called a Partial Bridge Card, although a Double Partial Bridge Card may be a better title! As well as showing how to make this card, in today’s video I also show you how to do partial die-cutting if the die is too big for your image/sentiment. I also show you how to add “stitches” to a banner that needs to be scored and I also give you a great tip for cleaning your rubber stamps after you’ve been using Whisper White Craft ink. 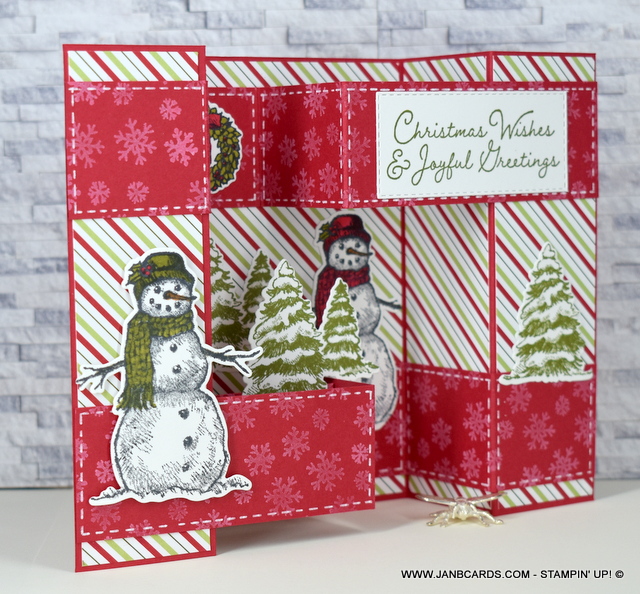 I saw a card like this made by Frenchie AKA France Martin which she called 3D Fold Best Catch. Frenchie’s card was a scene with the sky on the top banner, the river on the bottom banner and tree and grass in the centre part. In the river there was a man fishing. If you put Frenchie 3D Fold Best Catch in the search bar on YouTube it will find the tutorial for you. It’s definitely worth checking it out.

I had a lot of fun making this card and I hope you decide to give it a go – I’m sure you’ll love it! I stamped the two banners that go across the card by stamping snowflakes with White Craft Ink all over. I decided to do this because I used my usual layers on my first attempt but it was way, way too thick! I needed to use a single layer but I didn’t want it plain. This seemed to be a great compromise.

That’s it from me today. I wish you a very blessed Sunday and I look forward to being back with you on Tuesday. In the meantime, take care and stay safe. Happy crafting.