My first Zoom meeting with my team team yesterday went really well and the team members who were able to attend said they’d certainly attend more if I organised them. My only disappointment was that I forgot to record the meeting! GRRR!! I have since changed the settings so it will automatically record all meetings. Hubby and I weren’t able to sort out the additional camera to face down (so I could craft) in time for the meeting but it looks as if he has it sorted now! 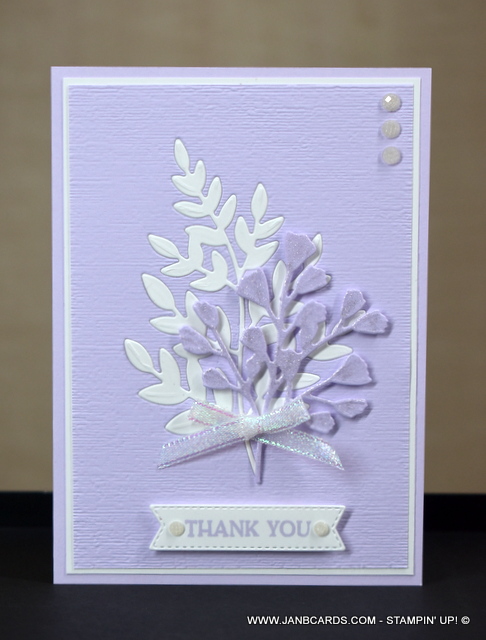 Today’s card was inspired by some cards made by a German demonstrator but I couldn’t find the instructions on her website so this is my interpretation of what I think she did! My plan was to make two identical cards but in opposite colourways, i.e. one with a Purple Posy Cardstock (CS) card base and the other with a Whisper White CS card base but I ran out of time! I started with a top layer of Purple Posy (CS) and used the large leafy die from the Forever Flourishing Dies to cut out from the centre of the top layer. I kept the three loose pieces of cardstock because I needed them later. 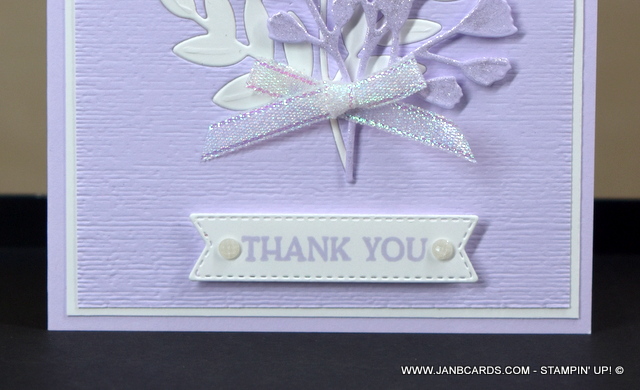 By this time, I realised I wouldn’t have time to do the reverse card so I die-cut the Whisper White CS leafy die from a piece of scrap cardstock, rather than using the Whisper White CS top layer which had been my original plan. I embossed the Purple Posy CS top layer and the three small pieces using the Subtles 3D Embossing Folder. I tried to keep the three small pieces straight but failed miserably! LOL! If you look at the white leafy die-cut where there are two branches pointing to the top left-hand corner you’ll see the lines of the embossing folder are more diagonal than horizontal! The other two pieces are hidden by the Purple Posy glittery die-cut! 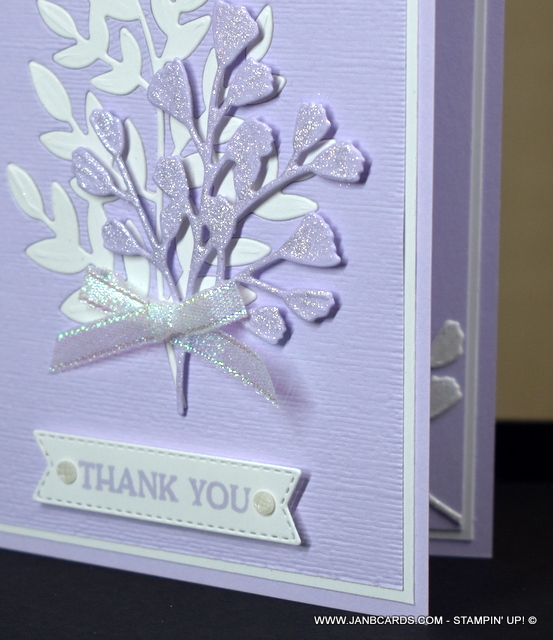 After adhering the top layer to the Whisper White CS middle layer, I adhered the white die-cut in position and then added the three loose pieces of Purple Posy. I die-cut the Purple Posy CS leafy image using another die from the set and adhered it in position using Dimensionals. I felt it almost became lost so I painted it using my Clear Wink of Stella Glitter Pen. Apart from adding the glitter I think it also makes cardstock slightly darker than its original colour which really worked in my favour. The THANK YOU sentiment is from the Blossoms In Bloom Stamp set and was stamped onto a piece of Whisper White CS using my Stamparatus and Purple Posy Ink. I used a die from the Tasteful Labels Die to cut the sentiment out and adhered it to the card front using a strip of Adhesive Foam Sheet cut to size. 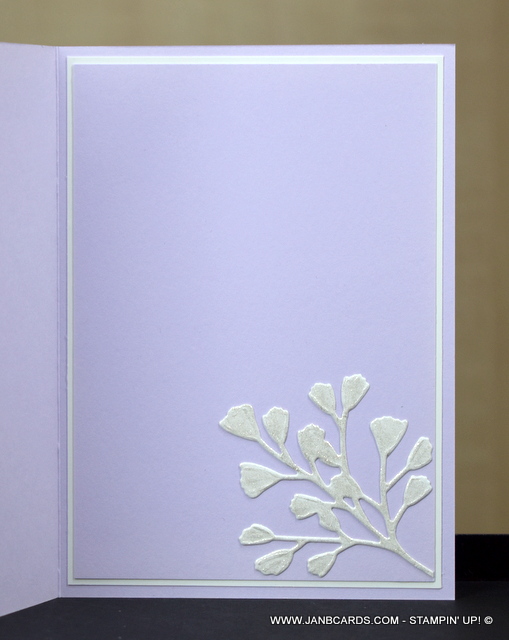 The ribbon I used for the bow is called Snowflake Splendour and is available in the Christmas Mini Catalogue until 4th January 2021 (assuming it hasn’t sold out in your market). To finish the front of the card I added three large frosted gems from the Elegant Faceted Gems in the top right-hand corner and then two smaller ones either end of the sentiment. To decorate the inside of the card I added a middle layer of Whisper White CS and a top layer of Purple Posy CS. I die-cut the smaller leafy die in Whisper White CS and painted it using my Clear Wink of Stella Glitter Pen. Then I adhered it in the bottom right-hand corner. 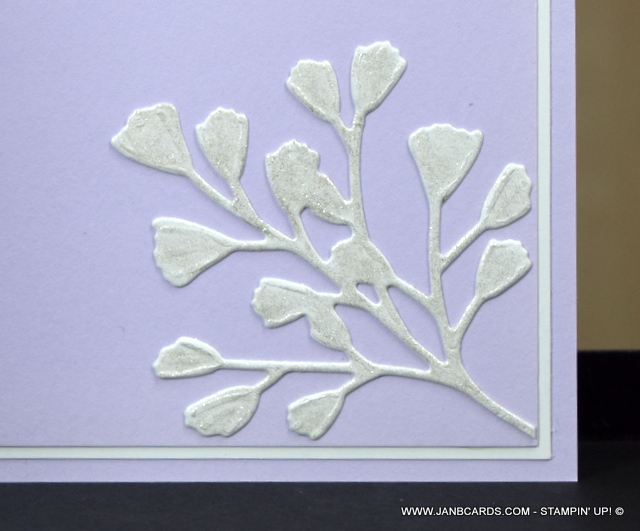 As this is a thank you card it would probably have been better if I’d used a smaller image inside the card to leave more space for writing a thank you message but never mind, it looks lovely as it is (she says modestly!). That’s it from me today. I look forward to being back with you tomorrow and in the meantime, take very good care and stay safe. Happy crafting.

Products used for this project: please click on any of the links to be taken to my 24/7 online Stampin’ Up! shop. The Hostess Code for DECEMBER 2020 is SNBSKN44. Thank you. xx