Today’s video shows how to make one of the easiest fancy fold cards ever! I have seen so many of these buckle fold cards and they are all different! The biggest variation depends on the width of the buckle strip. There are some buckle fold cards where the strip on my card is almost as wide as the flap that’s on the left-hand side. 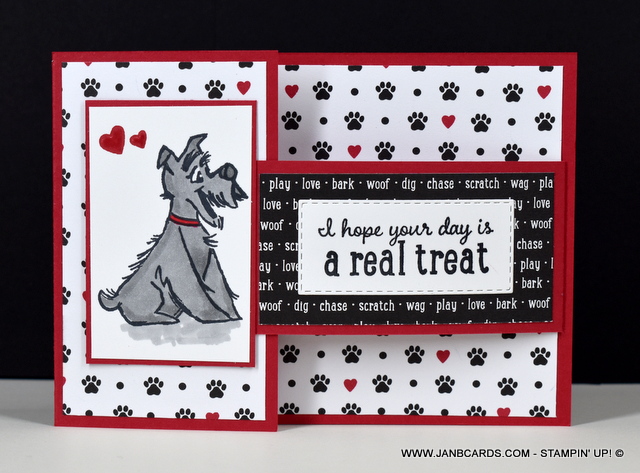 I found using a narrow strip was very restrictive in as much as I couldn’t decide if I should decorate the right-hand side of the card under the buckle. As you can see by the two cards I have made as buckle fold cards, I decided not to decorate because if I had, I would have wanted the decoration to be invisible from the front of the card when the card is closed. 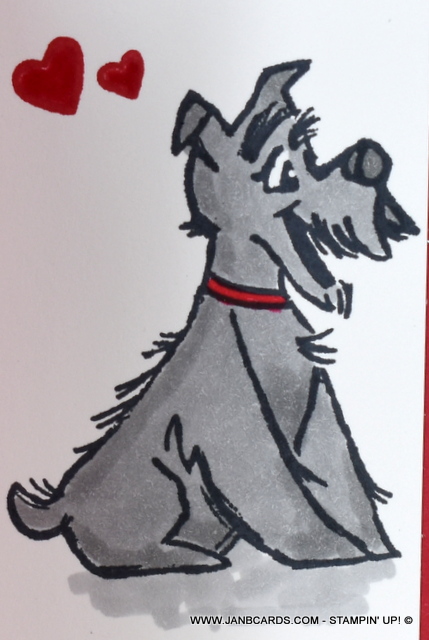 I have several ideas about different ways of doing a buckle fold card so I may well visit the idea again some time! For example, with the Zany Zebra card, had I been more on the ball, I would have adjusted the size of the left-hand flap so I could have the jumping zebra on it instead of the zebra who’s facing left! 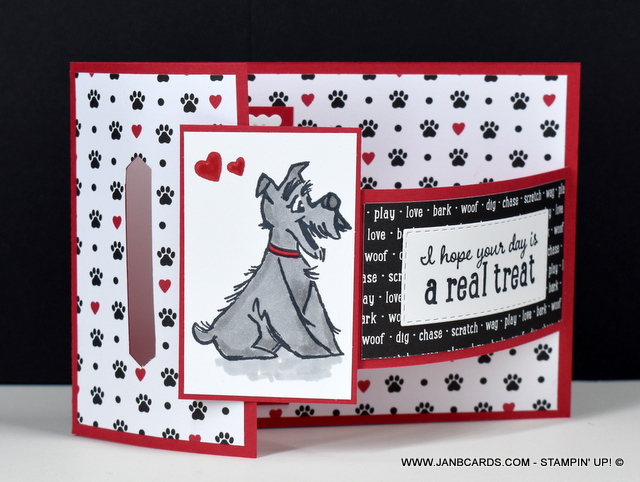 Next, I would put another image and layer approximately the same size on the buckle band with one of the other zebras facing the first one! It is now “normal” for me to supply the measurements for all my cards in three sets of measurements for the one size, i.e. inches for A4 cardstock users, metric and inches for US. 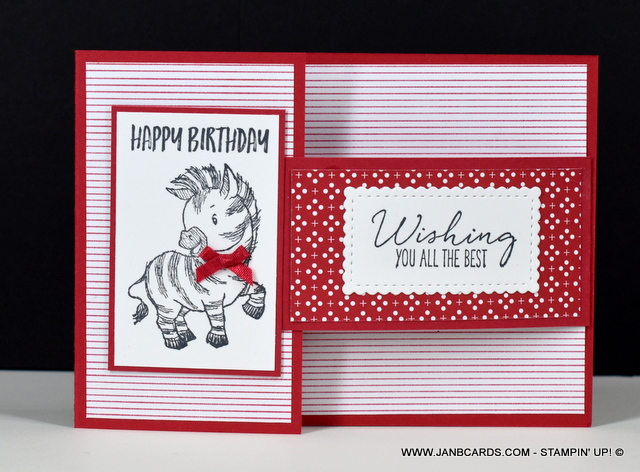 Can someone tell me if Canada uses the same size cardstock as the US? I ask the question because I always say US sizes, but often wonder if I should be saying North American (NA) sizes! By working out the three sets of sizes helps me to fully understand how the cards have been designed and to identify what makes each card “work”! 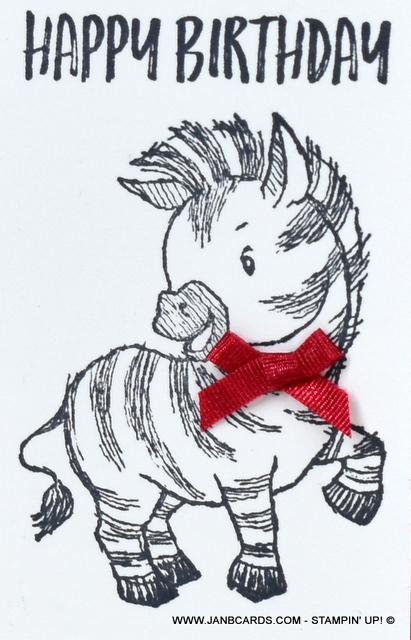 When I make a mistake during videoing I don’t edit it out but I plough on and teach my viewers how to get out of a situation by “repairing” the mistake rather than just throwing the project in the bin. In today’s video I punched the slot for the buckle band a little bit too high. I corrected it by going back in which my Classic Label Punch and showed how the slot can easily made larger! 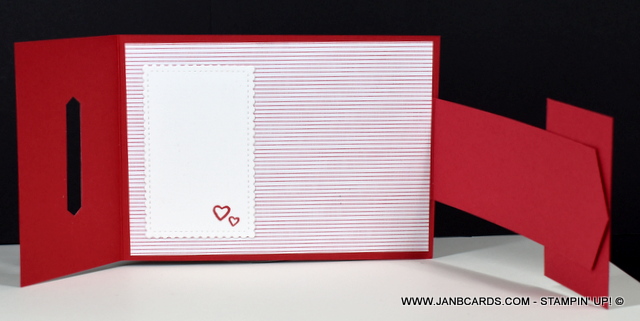 I have no illusions about being a “perfect” crafter; in fact, I don’t think there is such a thing unless it’s a machine! While I never deliberately make mistakes during a video – or at any other time come to that – I think learning how to fix boo-boos is just as important as learning anything else in paper-crafting! Do you agree?

That’s it from me today. I wish you a very blessed Sunday, and until next time, please take very good care and stay safe. Happy crafting!